Let’s admit it: iPhones don’t exactly boast a long-lasting battery life. I personally couldn’t survive a day solely on my iPhone 5’s battery that’s why I always bring a power bank with me. At the same time, I’m only rocking the 16GB variant so internal storage is a bit scarce. This is what the Imation LINK Power Drive aims to solve as it carries a 3000mAh battery and at the same time a 32GB flash drive for additional storage. 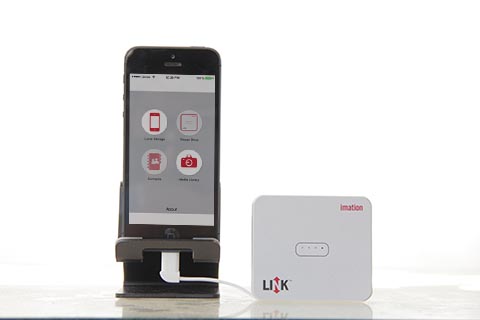 The LINK definitely looks like an ordinary power bank — with its square form factor, thick sides, and a button on its face with LED lights that show how much battery is left when pressed. Two cables are attached and wrapped around the gadget in a crevice that hides them stealthily — a USB cable and a Lightning cable. The former connects to the computer for transferring files while the latter connects to any Lightning-compatible devices. 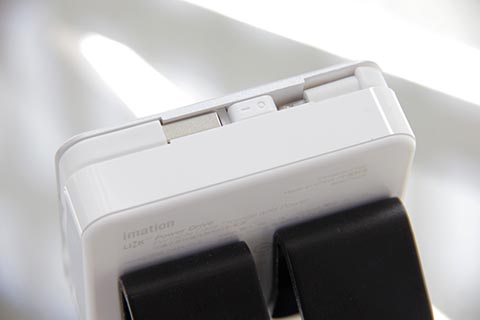 The little switch up top activates power bank functionality since you have the option to connect to the LINK, only for transferring files and not charging your phone. 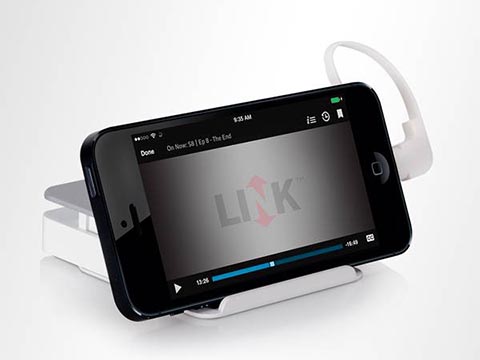 It also has a sliding tray that acts as a stand for your iPhone while transferring files or charging.

Speaking of charging, it lasted about a few minutes after an hour to charge an iPhone 5 to a full 100% starting with its battery drained. After which there were two more LED lights or about half of its 3000mAh battery left, which is just right since the iPhone 5 has a capacity of 1440mAh. 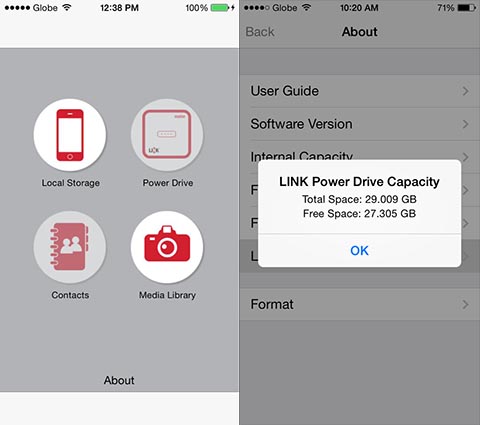 In order to transfer files you need to download the LINK Power Drive app for free over at the Apple store. Once installed, you can backup your contacts in addition to media like photos, music, and videos. The variant we have is the one with 32GB which has a usable storage of 29GB. 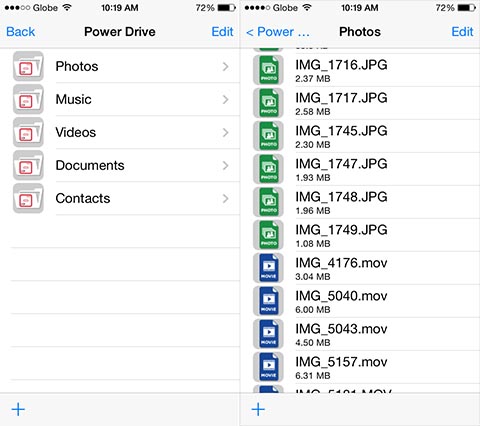 Even if you already deleted your files in your handset you can still view them from within the app through the app’s simplistic UI. The Imation LINK Power Drive is a handy gadget to have around if you share the same sentiments as we do like an easily-drained battery and a limiting internal storage.

It proved its purpose well as we could easily dump our files on it whenever our local storage got filled up with photos. As for charging it also eliminates the hassle of bringing your own cable that dangles and tangles with other things since the LINK already has its own short cable that neatly tucks away after each use.

It is currently priced at Php5,500 for the 32GB variant and Php8,000 for the 64GB model. We’ve been informed that the 16GB storage is not available locally, although available in other countries. The two variants can be had in the following stores here in the Philippines: