JBL has brought its promising line-up of portable Bluetooth devices in the Philippines. We’ve already reviewed the Charge 2+, Pulse 2, and now the JBL Extreme. From its name, the Extreme is aimed to give a louder outdoor music for consumers. Does its big size justify what it can offer both in features and sound quality? Read on to find out.

Like most portable JBL Bluetooth speakers, the Extreme follows the same tube-like design. It honestly looks like a blown-up JBL Flip 3. The majority of the device’s body is covered by a splashproof fabric with a touch of rubbery polycarbonate. Up front is the signature JBL logo, greeting anyone who looks at it. On top are the physical buttons for controls like the Bluetooth, volume, power, JBL Connect, and play/pause. The buttons have good feedback when pressed and are not as stiff as we’d expected. 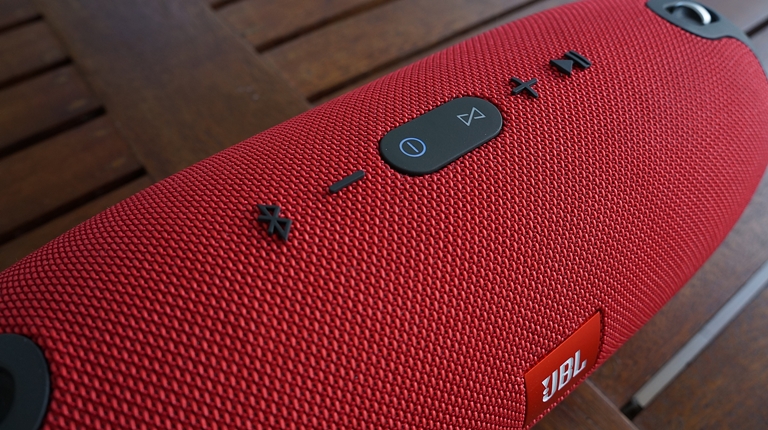 Also, there are two hooks on both sides for the included clip-on strap for the times you wish to carry the speaker around like a boom box. Like any fabric clothing, the Extreme cleverly hides its ports on the back with a zipper. There’s a micro-USB port for firmware upgrade, a standard 3.5mm jack for audio input, two full-size USB ports for charging portable devices, and a DC-in for charging. 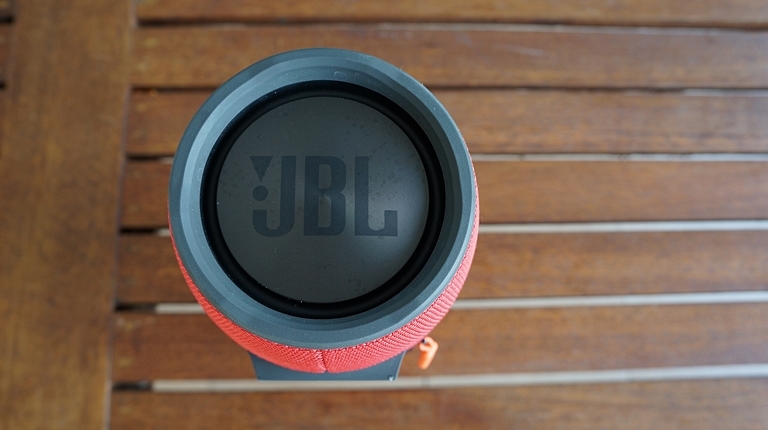 The sides have the exposed woofer which shows its prowess during loud playback. You can definitely tell the speakers are working hard, and it’s just nice to stare at when you feel like it. Overall, JBL did a good job in giving the Extreme a solid build, but it’s kinda hefty at 2.1kg.

With the Extreme, you can connect up to 3 smartphones or tablets at the same time and take turns in playback. And being a JBL speaker, it has the ability to connect with other JBL Bluetooth speakers through a feature called JBL Connect. With this, you’ll be able to broadcast your tunes from a single source to multiple JBL speakers. Setup is pretty simple thanks to the dedicated button on top. Just press and let the speaker communicate with each other, and you’re done. 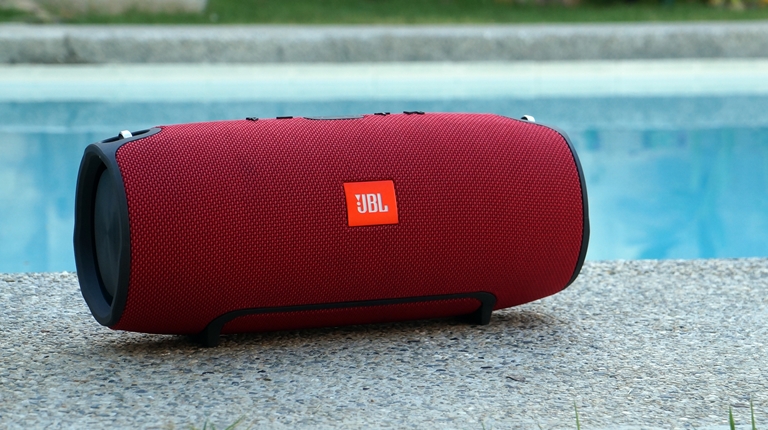 As expected from a large portable speaker, the Extreme is splash proof and can be washed under running water with the zipper closed. Just don’t soak it in the pool as it’s not intended to be. It is also packed with a 10,000mAh battery that can be used as a power bank, allowing you to charge your smartphone or tablet via its USB port while playing music. Also, you can use it as a speakerphone with its noise and echo cancelling microphone built-in.

For this review, we brought the JBL Extreme with us for our Christmas outing. We used it as our source of music and we’re very impressed with it. Even outdoors, the Extreme can get really loud with minimal distortion. It may be big compared to most portable speakers, but it’s considerably small for what it can deliver. 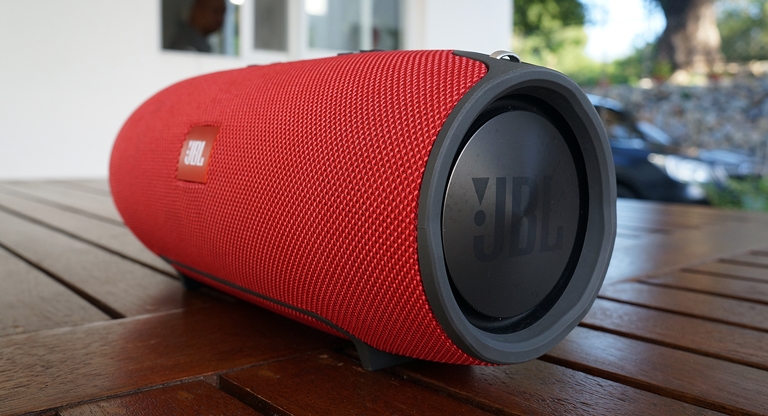 We streamed different tunes from multiple devices, but the quality has been constant. For casual listening, it’s a great speaker but upon testing it further, we find the bass to be overpowering with the mids and the highs. Vocals do sound clear, but when the bass drops, especially when listening to upbeat songs, it somehow considers the lows to be more important. Bassy speakers have been popular nowadays with the trend of EDMs and other party-like tunes.

It’s still a solid performer overall and we prefer using the JBL Extreme up until now to spread Holiday tunes around the house.

With its 10000mAh battery, JBL rated the Extreme to have a 15-hour continuous playback. Our own usage with varying volumes and tunes, we were able to get around 14 hours. Perfect for the beach where there’s no available socket and, as mentioned already, you can use it as a powerbank. Since it has a relatively large battery, charging time can take up 3 hours and a half.

As casual listeners, you’ll be able to enjoy the JBL Extreme with no fuss. It’s loud, bassy, and overall good performance. Although, its Php15,999 could be a bit heavy on the pockets. If you’re looking for a something loud and can take some water splashes, the Extreme is perfect for you. 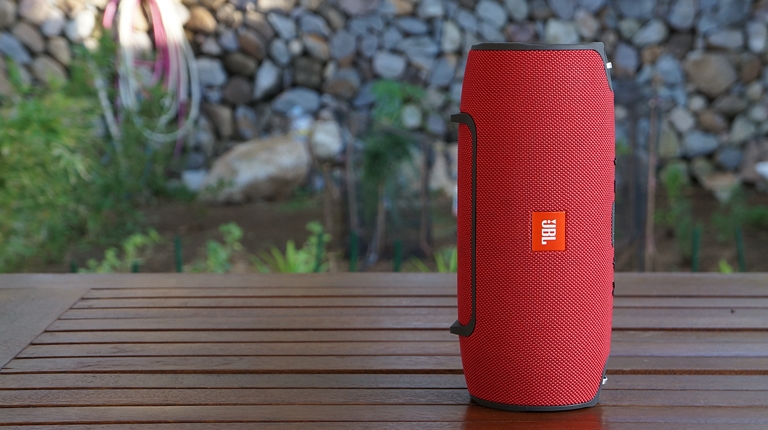