After reviewing the original Pulse, we now take a look at the newer JBL Pulse 2 that basically has the same funky lights that made its predecessor special, but with updated features. Let’s see what these updates do and how they fare in real-life usage. 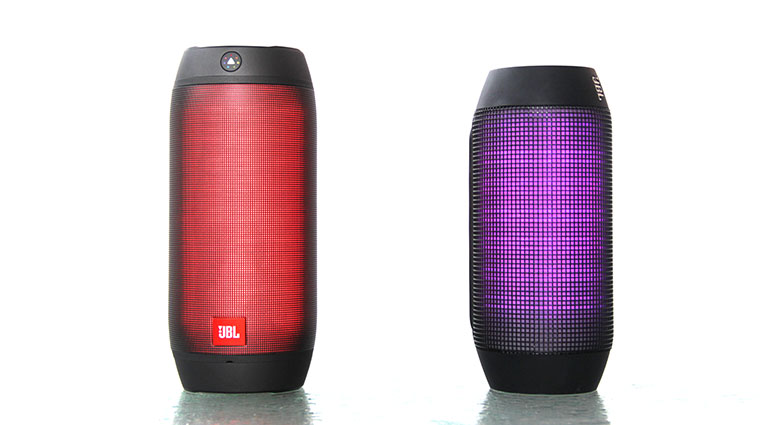 The original JBL Pulse got the attention of a lot of consumers as it offered a visually appealing light show that could be used when playing music or just on its own as ambient light. This animation of colors was powered using 64 LED lights protected by a metallic mesh wire that wrap it around. 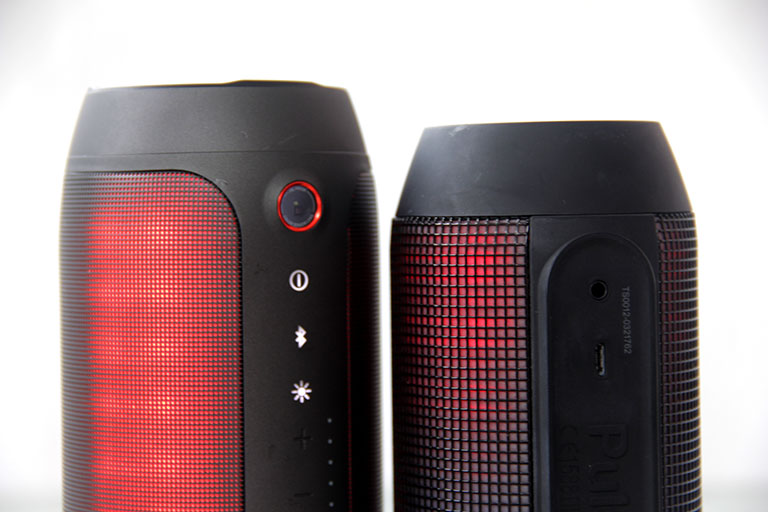 As for the new model, JBL seems to want a more elegant and reinforced body as the corners of the 99-piece LED panel are now curved rather than the previous sharp edges. It is also now noticeably taller  by a few extra millimeters. The textured wire that protected the lights of the Pulse is now more of a smooth metallic grille. Testing its build quality, the Pulse 2 feels more solid than its predecessor as the former demonstrated a bit of squeaking sound after giving both a gentle squeeze. Starting from the bottom, we have the rubber flap that seals and protects the connectivity ports (USB, 3.5mm audio jack) from water, there’s the Play/Pause button, the JBL Connect function that pairs the Pulse 2 with other supported JBL portable speakers, volume buttons with the LED battery indicator beside it, the color pattern switcher, Bluetooth, Power button, and finally the JBL Prism color sensor lens which we’ll talk more about later on. A feature that’s absent on Pulse are the external passive bass radiators found on both ends of the speaker. This makes it possible to produce a much-needed kick in the bass department as I personally found the old model lacking in this aspect. Apparently, this sentiment is shared among users who own the first generation speaker.

This party-in-a-speaker has got some tricks up its sleeve — and by tricks, we actually mean tricks you could use to impress your friends. 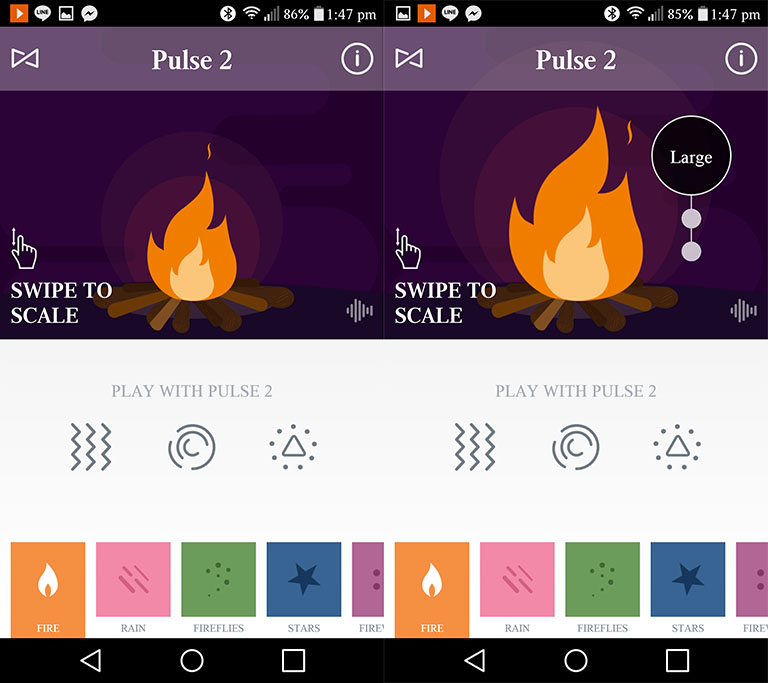 For starters, you can download the JBL Connect app which not only lets you switch the color presets, but also control each of them to reflect on the speaker’s panel. Also, using the app, you can activate audio files that go with the light so you could, for example, choose Fire and hear a bonfire’s crackling sound — perfect for outdoor trips.

You can also play music while this ambient sound is on so you have the perfect atmospheric combination.

Additionally, the JBL Connect app has a feature that lets you write or draw something that would reflect on the speaker. As of now it’s still not supported but the company promises this feature through a software update. As mentioned earlier, the Pulse 2 has the JBL Prism color sensor lens located together with other buttons. This is used for capturing selected colors that the speaker can display through its LED lights. Just press this button on the opposite side and the color sensor will try to pick up the shade of whatever the lens is focused on. During a few tries, it was hit and miss since there were certain colors that the Pulse 2 didn’t identify correctly. 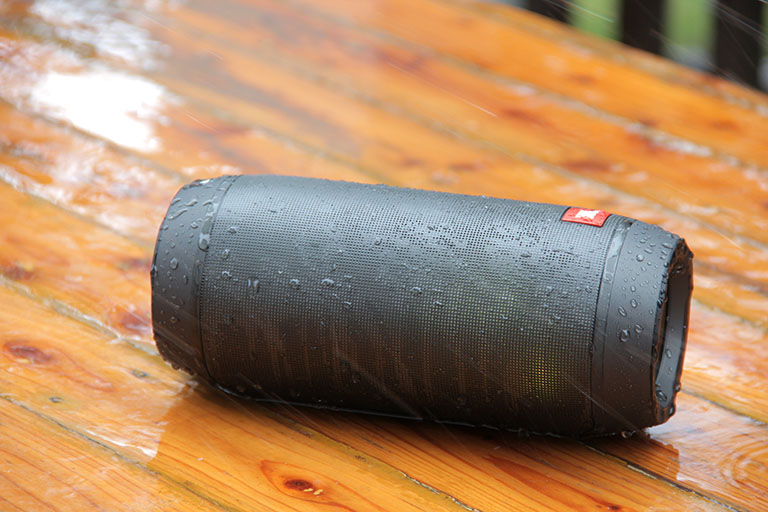 During our review of the first Pulse, we wished that water and dust-proofing would make it the perfect portable wireless speaker solution. Well, it seems the company is on its way to achieving that since the Pulse 2 now has a splash-proof body.

Here’s a quick video of us testing how sealed it is by pouring water over its bass radiators:

We’ve also tried hosing it down and noticed that sound gets muffled when too much water goes into the radiators. It didn’t harm the speaker, but bass would suffer — an understandable tradeoff.

It’s not totally waterproof but you wouldn’t have to worry about spilling drinks on it or using it under the rain as it repels them very well. The company even gives an assurance that you could clean the speaker using running water, just don’t submerge it. Below are more features of the Pulse 2:

Continued in next page: Sound Quality, Battery Life, and Conclusion