After receiving CES’ Best of Innovation award, LG’s first 4K UHD projector, under the HU80K series, will have its first appearance on this year’s CES. LG’s 4K projector extends to 150-inch screen at 2,500 lumens, making it LG’s brightest projector to date. It also supports HDR 10 for more cinematic experience. It features webOS 3.5 smart TV interface allowing you to stream 4K contents from popular streaming services like Netflix. As for its ports, it has USB, Ethernet, HDMI, and wireless support for external devices such as a keyboard and mouse. 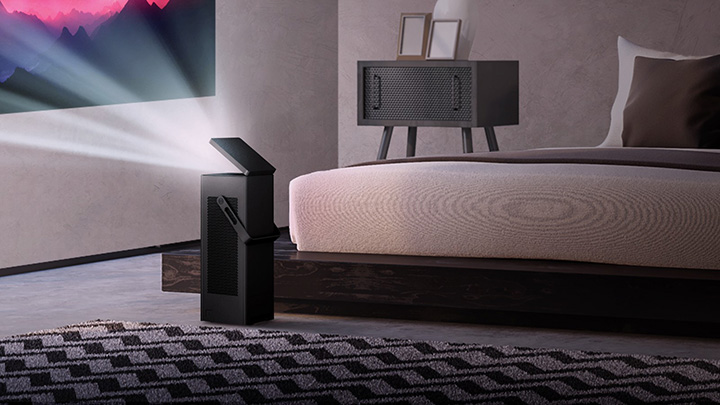 Its portable size design is made possible by the mirrorless I-shaped engine which allows the projector show content whether it’s on the floor, mounted on the wall or hanging from the ceiling. It has an Auto Cord feature and its Mirror Reflector can be used as a lens cover to avoid getting dust on the device. Audio-wise, it comes with 7W speakers.

LG’s 4K projector, as well as the company’s entire 2018 projector lineup, will be on display at LG’s booth at CES in Las Vegas from January 9-12.