Marshall Headphones is licensed under the Swedish company Zound Industries which is also the same flag responsible for the Urbanears brand so you guys probably already know where I’m getting at.

Zound Industries concentrate mostly on product aesthetics as far as I know since my experience with the eye-pleasing Urbanears Plattan wasnâ€™t thrilling. 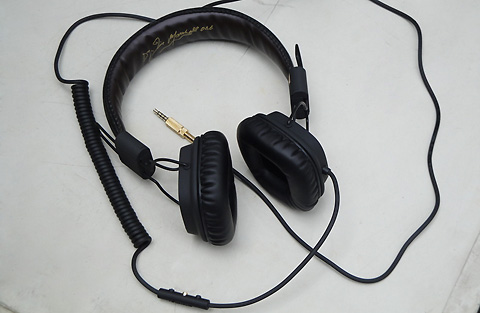 The Major FX headphones are constructed from a slew of materials â€“ scratch that, mostly metal and synthetics. The sturdy metal headband’s outer part is lined with very convincing faux leather while the inside is draped with an ultra-soft, tarpaulin-like fabric that’s probably filled with acrylic/polyester fiber.

The cups and brackets which are made from black, rubberized plastic all feel very durable and pleasant to the touch due to the velvety texture, a pair of gold-plated aluminum strips with the â€˜Marshallâ€™ insignia is also found on the inner parts of the foldable brackets, an added touch which enhances the retro styling even further. 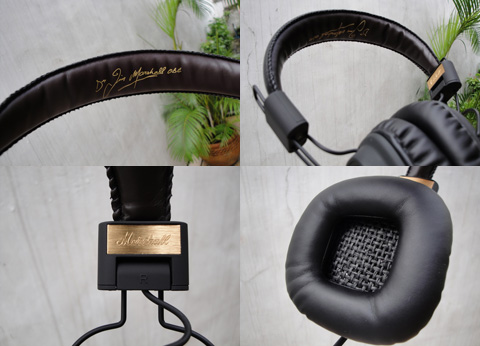 The sound isolating cansâ€™ earpads are covered with the same material as the inner part of the headband albeit, softer, they feel good at first but my ears started to sweat like mad just after half an hour of wearing them. Also, the cushioning material is densely packed just like the House of Marley’s Positive Vibration which made the outer part of my ears unbearably painful, add to that the strong clamping force of its metal headband and you have a perfect recipe for headaches. I already have a pretty sizable head and if you happen to have an even bigger head than mine, well, youâ€™re surely in for a treat.

The FX features an iPhone/iPod remote with a microphone for calls and voice recording which is built right into the cabling. The cord is also coiled which serves as an additional strain relief mechanism and somehow makes it easier to move around when the audio source is hidden inside the pants. 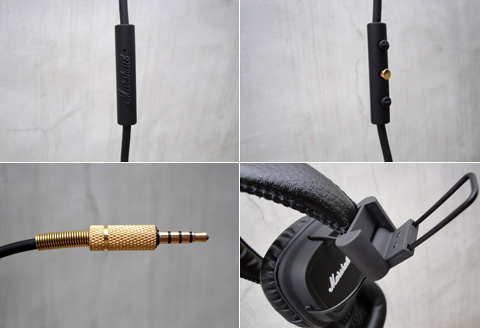 The headphonesâ€™ audio jack is gold plated for better signal transmission and also comes with a 3.5mm to 6.5mm adapter.
All in all, the Major FX is solidly and feels like it can withstand prolonged abuse without the user worrying too much. Iâ€™ve already tried my best to loosen the headband but it proves to be a tough nut to crack, it’s still as tight as I first remember wearing it therefore I canâ€™t use the cans with my Aviators â€“ a frustratingly classic match.

The Marshall Major FX’s sonic performance didnâ€™t amaze me. These are noise-isolating cans so naturally, the soundstage is not as natural/open as the similarly priced Grado SR60i. The bass thrown out by the FX though, is adequately thumpy and tamed, it’s not heavy or overpowering so it wonâ€™t satisfy bassheads like my big brother but it is pleasant and doesnâ€™t distort even when listening to music in high volume. 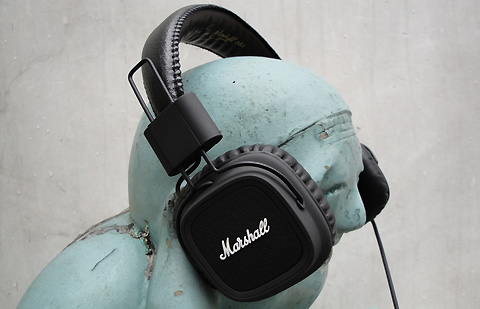 Mids seem a little restricted and muddy for my taste, it isnâ€™t full sounding enough — as if it was hiding behind the bass and highs. Put quite simply, the vocals didnâ€™t sound very open which made the hisses, whispers and the â€˜shimmerâ€™ of the cymbals a little overpowering/imbalanced.

As a result, Kelly Rowland and Michael Buble’s rendition of â€œHow Deep is Your Loveâ€ sounded more compressed and hollow than normal. These cans are well suited for listening to something like Samantha Jamesâ€™ â€œRiseâ€, Late Night Alumni’s style of House genre and also some RNB and Pop tracks. 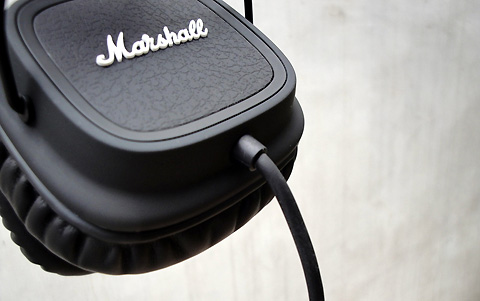 Noise isolation is pretty adequate and these things will probably sound great to those who will be upgrading from the awful white Apple earbuds but there are better alternatives for pretty much the same amount of money, maybe even less.
The mic is usable enough for calls (Android and iPhone) and the built-in remote is a plus if you donâ€™t feel like pulling out your iPod every now and then to change tracks, sadly the remote functionality didnâ€™t work with my Galaxy Note.

I think the Marshall Major FX is best suited for the â€˜fashionistasâ€™ out there or for the people who would rather choose style over substance.

It doesnâ€™t sound that bad at all but it is priced in a range where you might find a few more better-sounding headphones. It makes up for style though but that really boils down to personal taste. The Marshall Major FX retails for about Php5,450 in stores. 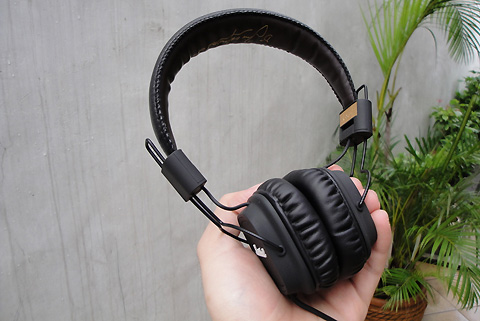 The headphone is available in local stores like Astrovision, Urban Athletics, Electroworld, Egghead and Listening Room.