Every once in a while, we’d encounter a device that’s completely new and out-of-the-box that it challenges the way we do things. Sometimes, it’s just a matter of showcasing what a company’s potential for a new product category. The NVidia Shield is somewhere in between.

Microsoft did with the Surface. NVidia is doing the same with the Shield. While we’ve long seen portable gaming devices from the likes of Sony and Nintendo, very few others have dabbled into this arena.

NVidia is taking a huge risk by joining the fray, not because we think they’d really want to compete but because they want to show the raw power and potential of their Tegra 4 chip. 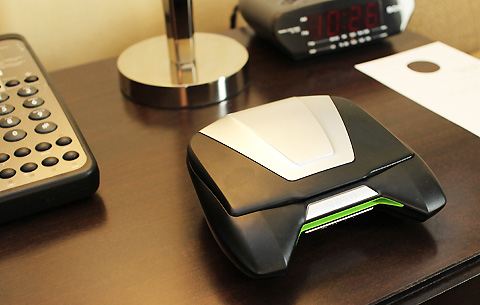 NVidia is a hardware supplier to many brands so it’s a rare treat to see them create a finished product like the Shield.

The Shield was designed for portable gaming, and as such, the form factor and the ergonomics was patterned after many similar products — like the controller of the XBox. The body is solid and bulky, shaped in the form of game controller that makes it comfortable to hold for prolonged periods of time. The clam-shell, spaceship-like body feels a bit hefty so some users might probably complain about the weight.

Flip open the lid and you’ll be greeted with all the physical buttons that you will need for a better gaming experience — left and right knobs, a directional pad, ABXY buttons and dedicated Android keys. 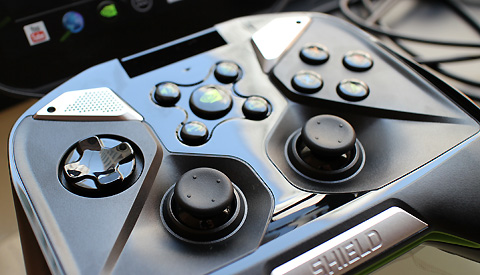 At the rear side, there are also two additional pairs of physical buttons. Between them are a number of connectivity ports — microUSB, mini-HDMI, 3.5mm audio, microSD card slot and grills for ventilation.

There’s a pair of stereo speakers right on the game pad itself and another one right up front. A neon green trimming highlights the slightly hidden front speakers. The silver, metallic-like backplate gives a nice accent to the matte dark finish of the device. It is also attached via magnets the line the lid and is removable to expose the screws that seals the body in place. Two more smaller pieces of silver plating is found in the posterior section with the engraving of Shield and NVidia.

The over-all design is unique and intriguing that people will notice it right away.

The 5-inch display of the Shield is large enough for a portable device. The good thing about it is that it is also touchscreen and makes for more familiar navigation when using the Android platform. 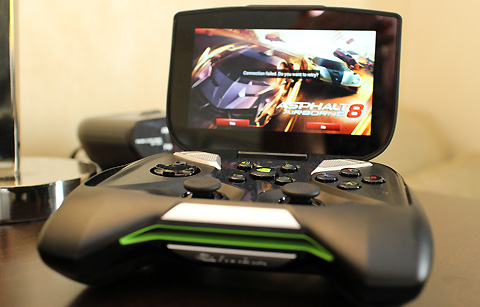 With a display resolution of 720×1280 pixels, the pixel density ends up at about 320ppi which is pretty good.

If you want a bigger external display, you can always hook the Shield to a monitor or HDTV via the mini-HDMI port at the back.

The Shield is basically an Android device. It runs on Jellybean 4.3 with the stock vanilla UI. Navigation is done thru the touchscreen or the button controls. There’s also the option for a mouse using the joystick. You have access to hundreds of thousands of free and paid apps in the Google Play Store as well as Tegra optimized games in the Tegra Zone catalog. It also comes pre-installed with Sonic 4 Episode II THD, Expendable: Rearmed, Hulu Plus and TwitchTV. 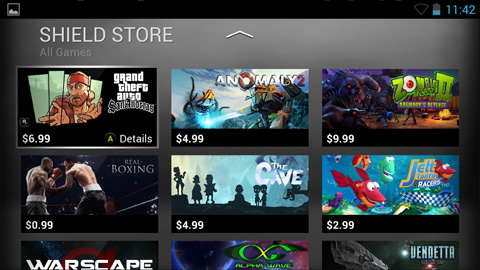 Most of the NVidia optimized games are listed on the Shield Store, with prices ranging from a less than a dollar to around $10.

As a dedicated gaming device, we expect more from the Shield that your regular mobile device or tablet. The presence of various physical knobs and buttons is already and obvious advantage in the right direction. 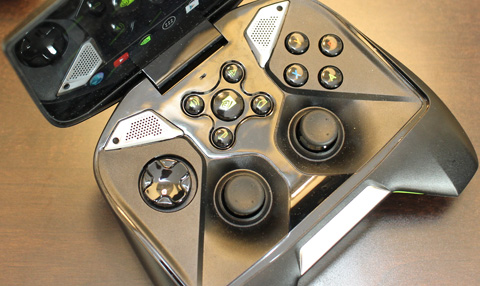 The ergonomic design makes holding and playing with the Shield more comfortable.

Powering the Shield is the new NVidia Tegra 4 chip which comprises 4 ARM Cortex A15 processors, each core running at a maximum 1.9GHz, and 72 GPU cores. 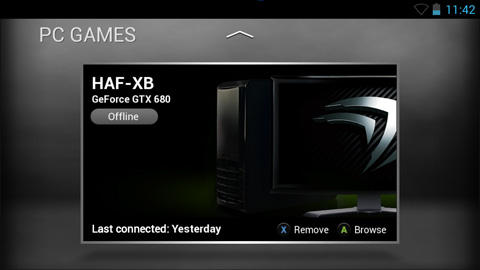 While there’s really no noticeable lag between the Shield and the PC, there are games that can be controlled smoothly with the Shield and some that’s just too hard to navigate (just like DoTa). Take note though that only PCs running an NVidia graphics card are supported.

We did an earlier benchmark with the NVidia Shield so we’re just porting those results into this section. It scored very high on all the standard benchmark tools we normally use — 18,867 points on Quadrant Standard. It also got 60.0fps on NenaMark 2, the ceiling placed by the device on the platform. For Antutu, we got a score of 38,746 which is the highest we’ve seen in any Android device ever. 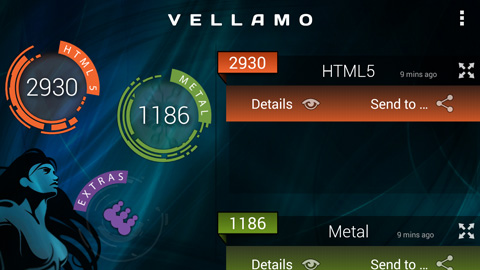 These are just scores and do not accurately reflect the over-all performance of the Shield. Nevertheless, we can definitely say that the gaming experience on the device has exceeded our expectations.

The Shield comes with the basic connectivity options, both wired and wireless — WiFi, Bluetooth, GPS, HDMI, microUSB and Miracast.

See also  In search for a great podcasting mic For mobile gaming, we’re getting between 5.5 and 6 hours of battery life on a single full charge, depending on the type of games played. That number is pretty good already.

On video playback though, we were very impressed to see 17 hours and 45 minutes of average playback time on a single full charge. That’s with our standard battery bench of 50% display brightness and 0% volume. That’s almost twice the performance of most other tablets and smartphones we’ve tested before.

The NVidia Shield is a dedicated Android device for gaming, and can be polarizing — either you will love it a lot or find it excessive for your needs. It’s great for voracious and a great alternative for people who’ve been so used to the likes of the PSP or a Nintendo DS. 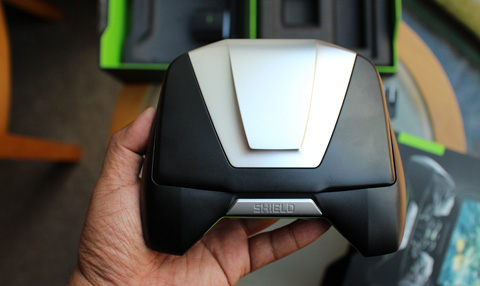 It’s a nice thing to have but not absolutely necessary. But, hey, that’s the gaming market for you.

The Shield is not yet available in the Philippines and we don’t have any idea when it will be released locally. We bought our own review unit in Hong Kong for around Php13,000 but the official price in the US is just $249.99.

What we did not like:
* Bulky form factor and hefty

you are actually a just right webmaster. The site loading velocity is
incredible. It seems that you are doing any distinctive
trick. Furthermore, The contents are masterwork. you’ve done a wonderful process on this topic!

I’m no longer certain the place you’re getting your info, but
great topic. I must spend some time findiong outt
much more or uderstanding more. Thanks for magnificent informatoon I used to be looking for this info for
my mission.

Howdy! I’m at work surfing around your blog from my
new iphone! Just wanted to say I love reading through your blog and
look forward to all your posts! Keep up
the superb work!

Very great post. I just stumbled upon your weblog and wanted to
mention that I’ve truly enjoyed browsing your weblog posts.
In any case I’ll be subscribing for your feed and I’m hoping you write once more soon!

We therefore have a total of 6,250 units to cover an area that originally had 37,500.
safely, cost-effectively and most of all conveniently.
Believe it, know it, tell it to yourself, and love your “crowning glory”.

It means sitting under a dome shaped hood for about 30 minutes each time.
Usually, the hood is placed just 2cm away from the scalp.

Believe it, know it, tell it to yourself, and
love your “crowning glory”.