On the set of “News to Go” this morning

Had to be at the GMA 7 Studio this morning to guest in one of the segments of News to Go. Brought some of my own gadgets and they had a few more borrowed from @artsamaniego and Gadget Grocery.

Brought the tablets from Ainol and Huawei. Also got the LG Prada on display and the Galaxy Note was used to run the app for Kington’s Wi-Drive (a 32GB pocket WiFi HDD). 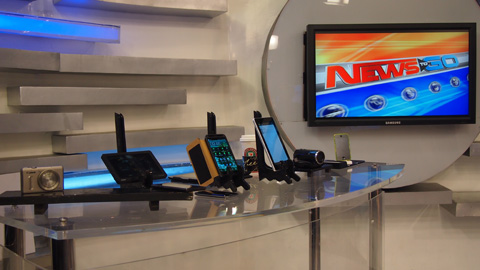 We also have the Olympus PEN EP-3 and the Canon S100 (they got the rare Silver variant).

Also interesting is the Sony HDR-PJ10 camcorder with built-in projector (sells for Php34,000). The most interesting and the one that we had lots of fun with was the Rover Spy Tank. 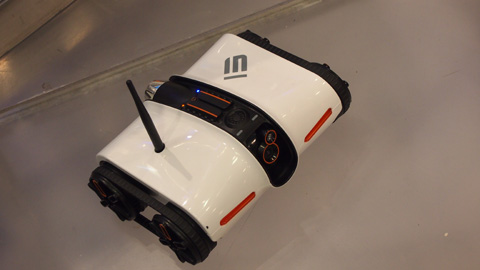 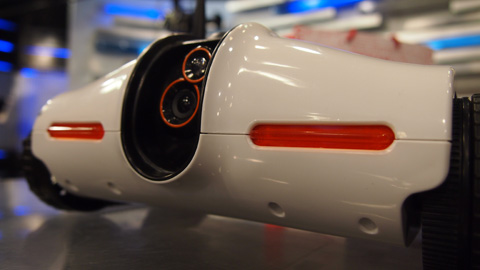 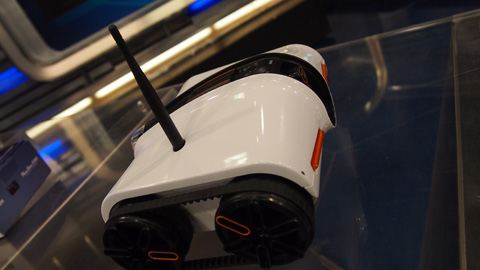 The Rover Spy Tank is a small 4-wheel tank that’s controlled via an iPhone or iPad over WiFi. The tank runs its own WiFi network which you hook up to with the Rover App.

The Rover’s built-in video camera streams real-time video to your iPad/iPhone so you can navigate the path even if the tank is out of your line of sight. You can also take snapshots remotely with the camera.

The tank is now on sale at the Brookstone website for $99. 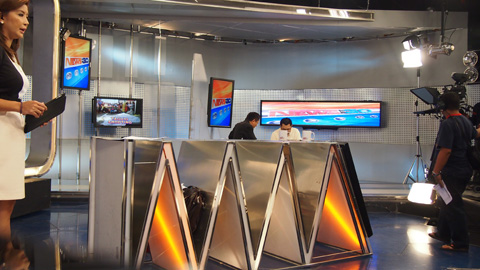 Didn’t have much time to play with the other gadgets in the set since half of them are borrowed. The Rover is something I’d like to get for myself though.