The Philippine Robotics Team is gearing up in preparation for the 16th International Robotics Olympiad that will be held later this year. Interested schools can still try out to be part of the team to represent the country at the said competition. 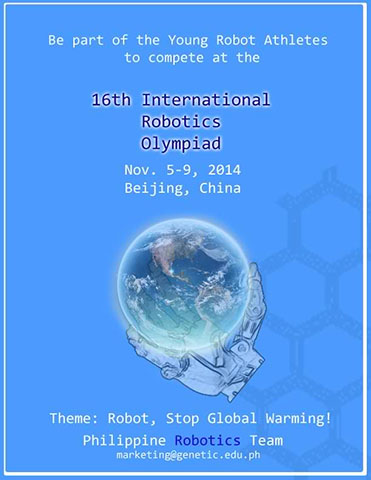 The International Robotics Olympiad is an annual event where different teams from all over the world gather and showcase their love and knowledge for robotics. This year’s event will be held at Beijing, China with the theme “Robots: Stop Global Warming!”.

Below are the different game categories during the competition: 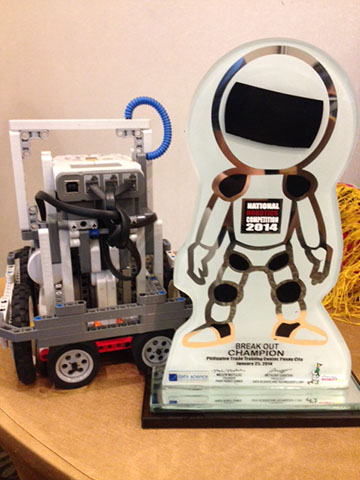 Grace Christian College leads the Philippine Robotics Team. Seen here are their line-tracing creation along with their trophy during the National Robotics Competition 2014 last January.

Our own Philippine Robotics Team is spearheaded by the students of Grace Christian College which won the top spot during the National Robotics Competition 2014 last January. Students from different schools like Colegio De San Juan De Letran College – Calamba, St. Theodore School, and Pasig Community School are also part of the National team. During the press conference, it was mentioned that about 40 Filipino participants are expected to be flown to China for the competition.

Other school teams are still on the process of being selected to be part of the delegation. Interested schools may send a Letter of Intent to the Data Science and Technology Corporation (DSTC) where they will gladly help and guide them through the process.

For more information on the details and how to join, you may visit DSTC’s website.