This little booth spotted our attention when the guy manning it was drawing 3D objects with a large handheld pen. Turns out it was 3Doodler, a project that originally started from KickStarter. 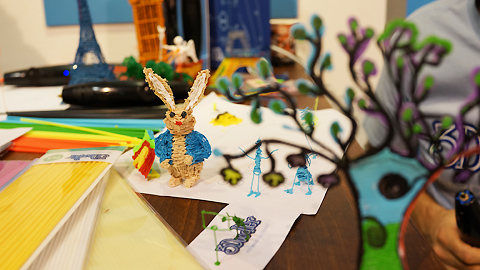 The startup claims that 3Doodler is the world’s first 3D Printing Pen. It uses some type of plastic that it melts but quickly cools into a solid structure so you can create 3-dimensional objects on the fly. It’s like a glue gun, only way better. 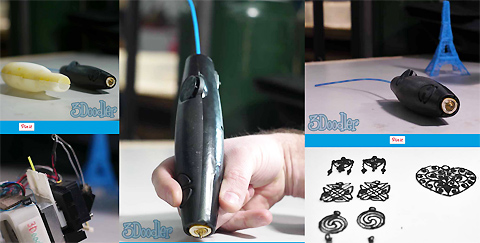 It might seem like child’s pay at first but once you see the finished work, you’d be surprised at the kind of results it can produce. You can combine several colored plastics or stack them up as tall as you want. Here’s a short intro video they created for their KickStarter page:

The 3Doodler is not yet in final commerical production but estimates February 2014 shipping (they have to finish fulfilling the orders from their 26,000 backers in KickStarter). There is a refundable contribution of $99 for each pen and comes with 50 strands of plastic. You can pre-order yours here.