We recently got our hands on the Swans M10 which is a 2.1 multimedia speaker. We set it up as music and movie speakers to try if it could go toe-to-toe against known brand names in the market today. Join us in this quick review and find out. 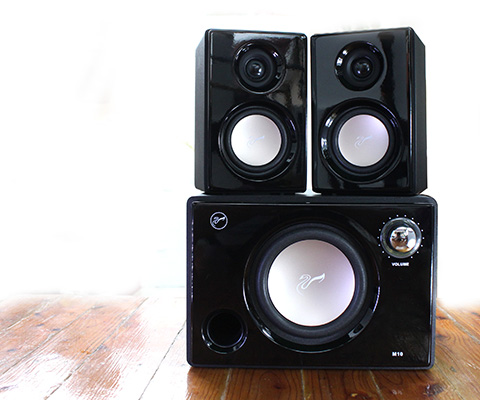 The M10 has a very simplistic design going on. The entirety of its body is wrapped in solid black hue with the front panel made of glossy PVC. The woofer has a chrome-plated volume knob on the upper right side of its face with its 5-inch driver placed right in the middle. On the lower left there’s the diaphragm to give its bass some space to reverberate. The two satellites each carry a 20mm dome tweeter and a 3-inch mid-range driver. For connectivity, Both satellites have a single cable that connects to the back of the main woofer. Back here, we only have the power switch, RCA ports for digital input, subwoofer bass level, and another diaphragm.

The package comes with an RCA cable that ends with a 3.5mm jack that you can connect to your music player or television – making it easy to use for music-playing and movie-watching. 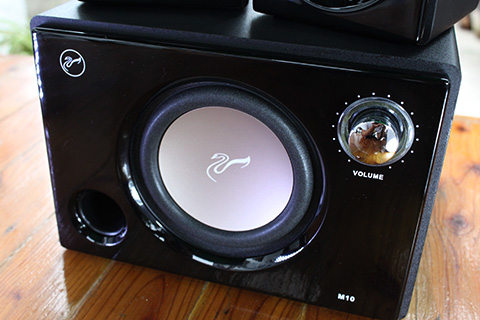 We first tried playing a couple of songs on it and honestly, we were proven wrong with what we initially expected from it. We thought that because of its simple and straightforward design, and somewhat of an unheard name in the Philippines, it’s just one of those speakers that don’t take sound quality seriously.

Sound quality for the M10 is whole and punchy. It’s got the characteristics of other known brands in terms of mids and highs. Its lows, although is pretty solid, lacks the oomph that we were looking for. Don’t get us wrong, we feel the power of its bass. It’s just that it’s not at par with other 2.1 speakers we’ve previously tried.

Another thing that we noticed was the distortion that’s present on full volume. However, we discovered that keeping it at around 80-85% volume is the loudest it can go without breaking the details of the music. In addition, we don’t see any problem for the speakers in filling up a medium-sized room since it could go pretty loud even at 80% volume.

We also used it to watch movies and just like for music, we were satisfied by its sound reproduction – dialogue was clear, sound effects proved immersive, and musical scoring was enjoyable. Same was the case when volume is cranked to the maximum so we still settled for keeping it around its sweet spot. 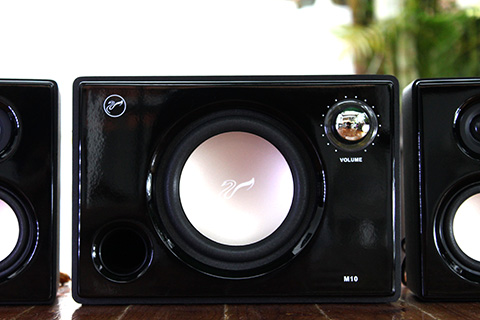 The Swans M10 is one of those speakers that looks really simple and straightforward, but don’t let that fool you as it’s got a decent sound reproduction for both music and movies. Volume can go loud but turning it up to maximum creates slight distortion so just keep it at a nice level to enjoy it. Sound quality-wise, it could be compared to Microlab and Creative speakers.

Available at Lazada.com and EDGE by PCHub for Php4,490, it’s more expensive than other 2.1 speakers in the market but you get clear and bigger sound.