With so many headphones to choose from, finding one that provides a good balance between style and purpose isn’t exactly easy. So did Urbanears really found the right formula as they claim with the Zinken? Find out the answer in our full review after the break. 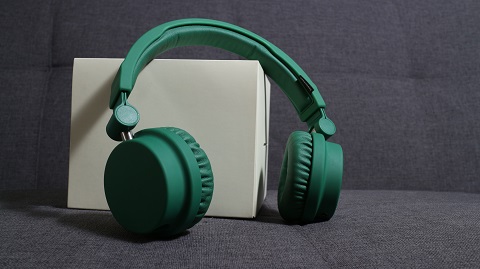 Our first encounter with the Zinken was during its launch back in September last year. Unfortunately, it was only recently that we got our hands on a review unit.

Maybe I’m just a sucker for anything simple, but there’s something about the Zinken’s streamlined design that makes it look too damn simplistic yet classy. I had the same inclination when I first bumped into the Plattan, the only difference is that the Zinken look more sophisticated and durable than its sibling. 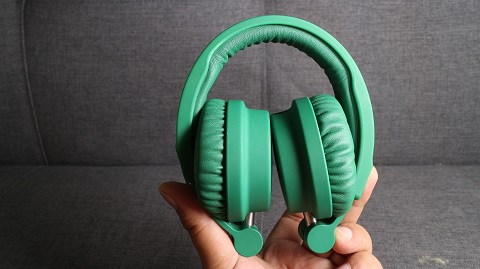 The Zinken’s headband feels rigid and clamps firmly to our head. The clamping force is firm enough to keep in place even when we’re on the move, but gentle enough that our ears didn’t hurt even in prolonged use.

On each end of the headband are two metal hinges that supports the two cups. The hinges provide users with a peace of mind knowing that it’s not going to give in any time soon. In addition, it allows the cups to swivel up to some extent, allowing it to follow the contour of the wearer’s head. The portions of the Zinken that comes in contact to your head (the cups and the underbelly of the headband) are well-padded with cushy foam encased inside a set of faux-leather paddings. These pads do a decent job of dampening some of the force that the headband provides when it’s clamped down to your head.

Another thing I like about the Zinken is the TurnCable that comes with it. Build-wise, this “Kevlar-reinforced” cable is built to withstand a fair amount of beating, particularly in the crucial areas (near the tips). Moreover, a portion of the cable is coiled and it has an in-line microphone and remote to boot. 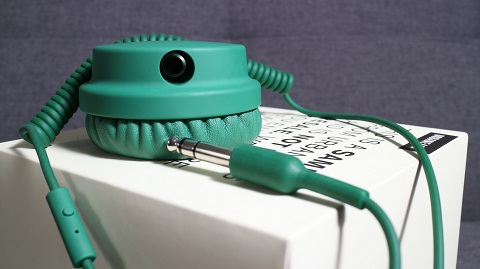 But what’s really cool about the TurnCable (and the Zinken for that matter) is that it allows users to switch from one audio source to another with relative ease. That’s because the cord terminates to standard 3.5mm jack on one end and 6.3mm on the other, eliminating the need for that often-misplaced adapter/jack.

As far as noise isolation goes, the Zinken did a fairly decent job of channeling the sound to the listener’s ears without too much leakage. Noise-cancellation isn’t something to write home about which is understandable since it’s not included on the Zinken’s feature set.

The Urbanears Zinken is primarily geared towards amateur DJs and bass-heads. As such, I expected it to be well-suited for music genres such as House and Trance.

True enough, the Zinken didn’t disappoint in that regard. The headphone’s “hand-crafted” 40mm drivers delivered a hefty amount of low-end tunes which sounded rich and full.

Unfortunately, because there’s so much bass to go around with, the Zinken tends to drown out the other parts of the sound spectrum; resulting to a somewhat boomy output. This slight impediment is rather tolerable on tracks which have bass-thumping beats, but even so the output was a muddy at best.

Now if you’re not the disco type, you’ll probably find the Zinken a bit underwhelming for two reasons; a narrow soundstage and considerably attenuated mids and somewhat muffled highs due to the bass-centric output. To be fair with Zinken though, we didn’t run into any sharp sibilance even if we cranked the volume up to the max. 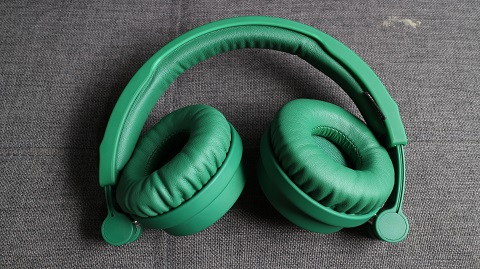 The Urbanears Zinken is both gorgeous and purposeful. The maker addressed most of the caveats that users faced when using a headphone; from the build quality down to the versatility that the TurnCable brings to the table.

Sadly, because the nature of the headphone’s sound output, it’s not a good all-around performer. If you’re in to club music, then the Zinken should be a viable option. On the other hand, if you’re looking for a set of cans with a well-balanced output, then you’re better off somewhere else.

What we didn’t like:
• Can be a bit too bassy
* Mids and Highs are little attenuated