Today marks the official debut of the rugged timepiece from Victorinox Swiss Army called I.N.O.X. Mind you it’s not the typical weather-proof watch that we often see in the tech segment, rather a watch that was ran over by a 64-ton tank and lived to tell about it. 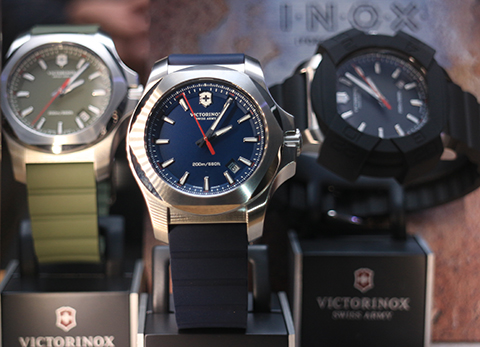 During our short interview with Victorinox’s marketing head, he mentioned that the company wanted to incorporate most, if not all of the features that made their Swiss Army knives popular. That includes simple but refined design, coupled with a world-class durability that will last a long time.

To ensure that they all have their bases covered, Victorinox has put their new timepiece through its paces and conducted 130 stress tests which include (but not limited to) temperature shocks, exposing the watch to direct flame for a minute and dropping it from a height equivalent to three stories high.

The new Victorinox INOX is now out in the market and currently being retailed for Php27,500. It’s available in L Time Studio, Chronos and Victorinox boutiques.