In April, Fitbit announced a new fitness band from the Charge family, the Fitbit Charge 4. It boasts several fitness monitoring features as well as functions worthy of a smartwatch. Find out what else it has to offer in our hands-on below. 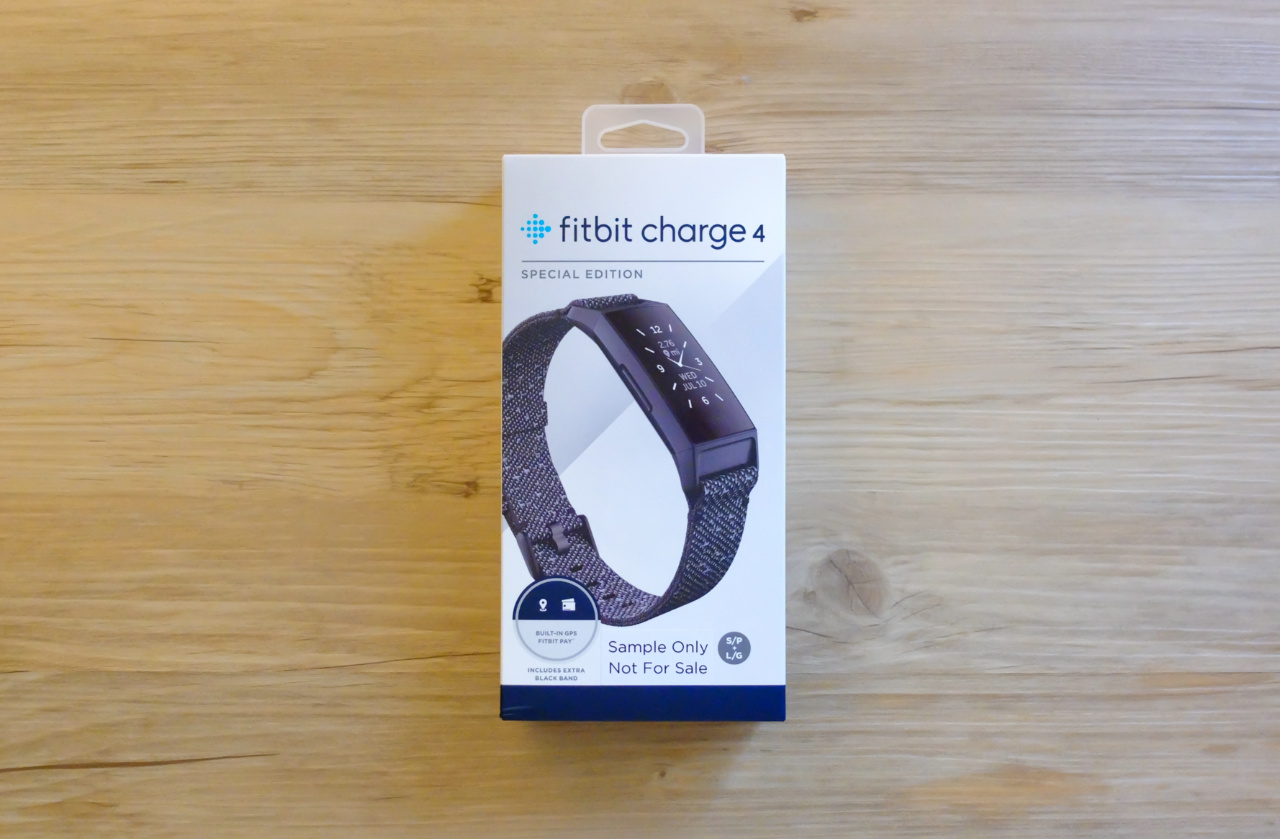 The unit we received is the Fitbit Charge 4 Special Edition. It’s the same as the standard Charge 4 but comes with a Granite Woven Reflective Band (polyester). The package comes with the tracker, extra bands including a classic black silicone, and charging clamp. 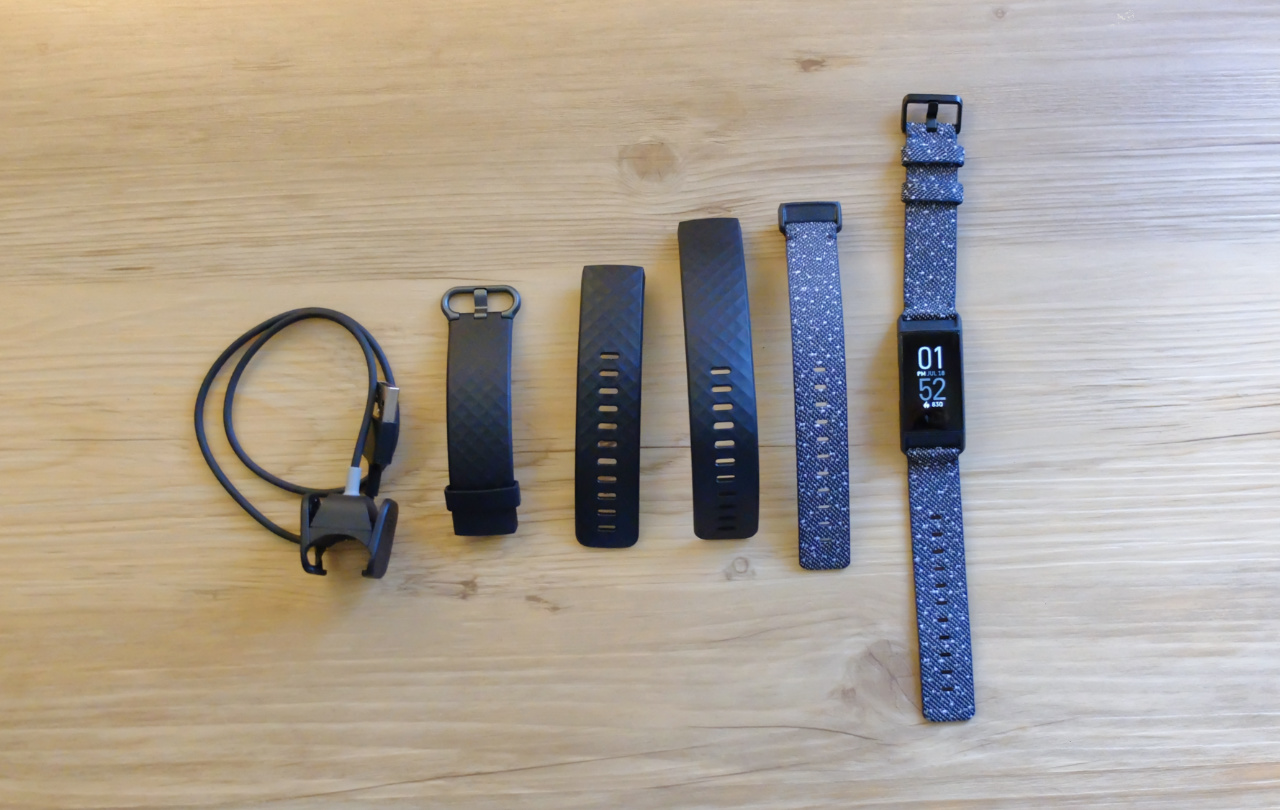 It features a 1-inch OLED greyscale touchscreen, housed in a plastic body. While you can navigate the interface by touch, it uses a recessed capacitive back button on the left side. Long press this button to provide you with access to Fitbit Pay, DND, Sleep, and Screen Wake functions. 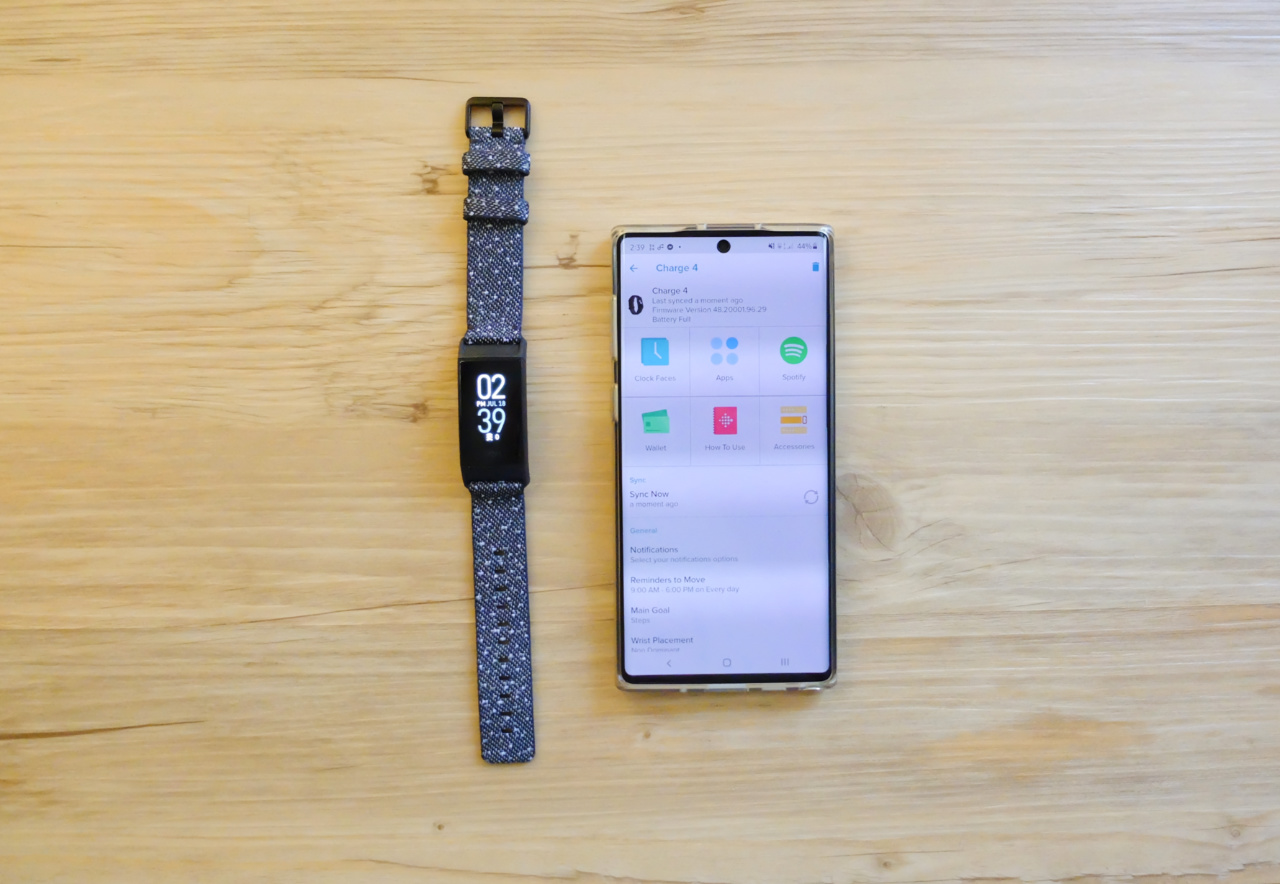 Setup, like with other Fitbit devices, heavily depends on the Fitbit app. Just follow the process, and it will detect the Charge 4 and link to it via Bluetooth LE. If you see a notification for an update, make sure to download and install it first so you can enjoy all the features. 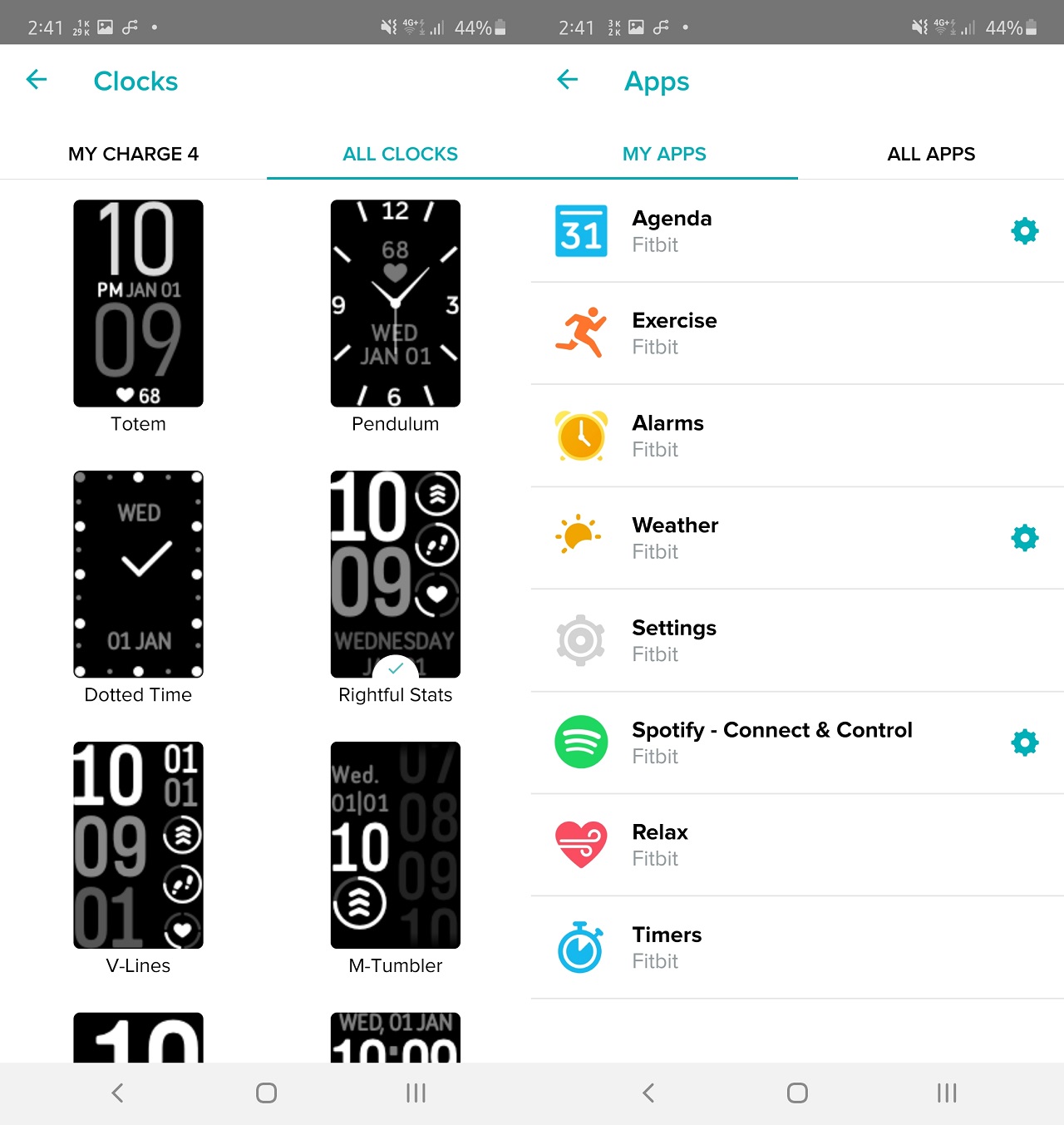 From the app, you can now access the clock faces, standard Fitbit apps, and Spotify control. Take note that you need to provide permission to certain features before you can use the apps, like Spotify, as it needs access to your account. 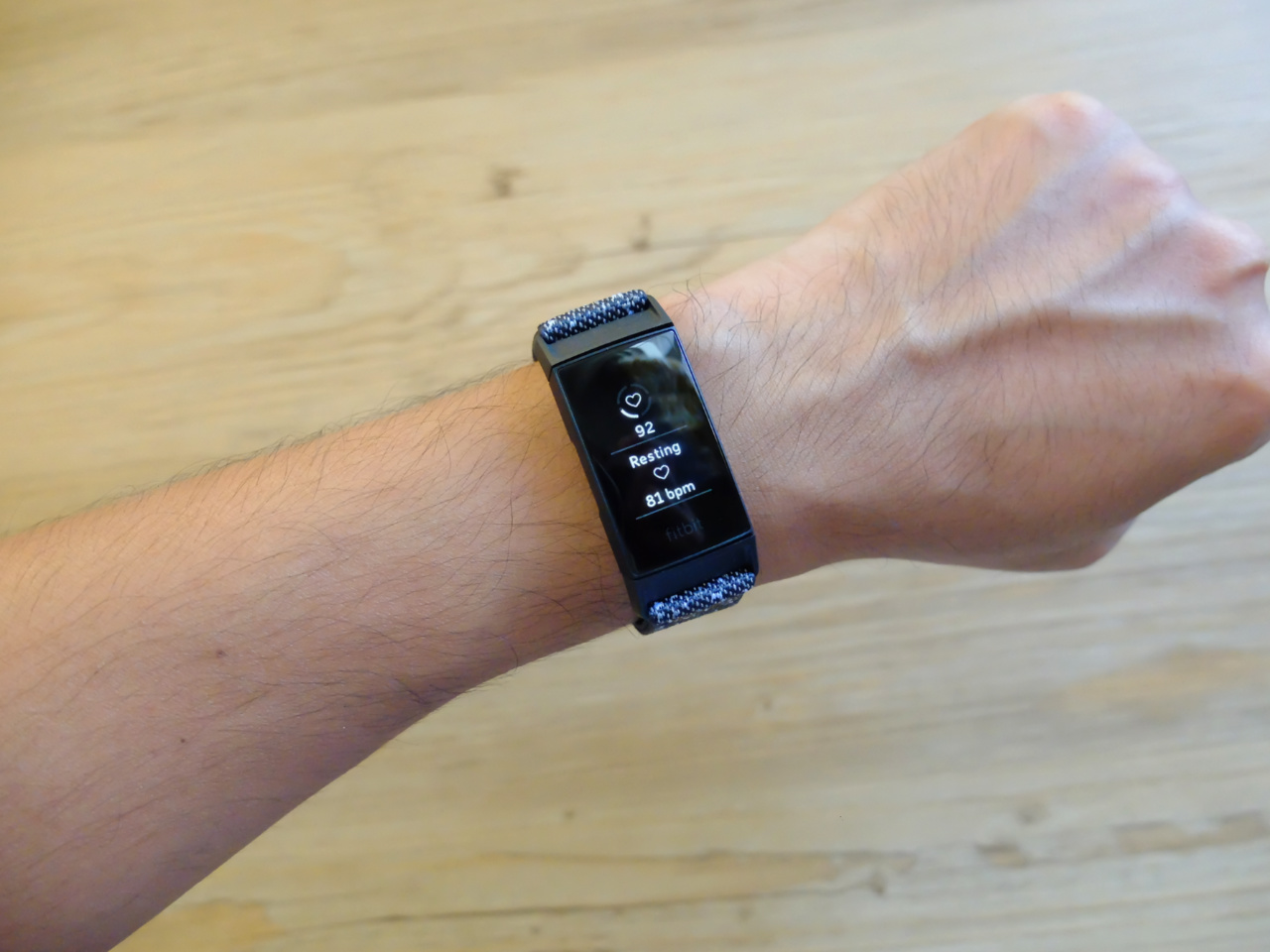 On the wrist, the Fitbit Charge 4 is comfortable and light. It just feels like any other fitness tracker. We like the woven band as it is lighter than the classic. However, we recommend using the classic band for activities like running. When it comes to features, it has exercise monitoring: run, bike, swim, treadmill, outdoor workout, and walk; Spotify control, Agenda (syncs to your calendar), Relax, Timers, Alarms, and Weather. It also has a cardio fitness score, sleep tracking, and female health tracking. The rest of these features can be easily accessed in the app. 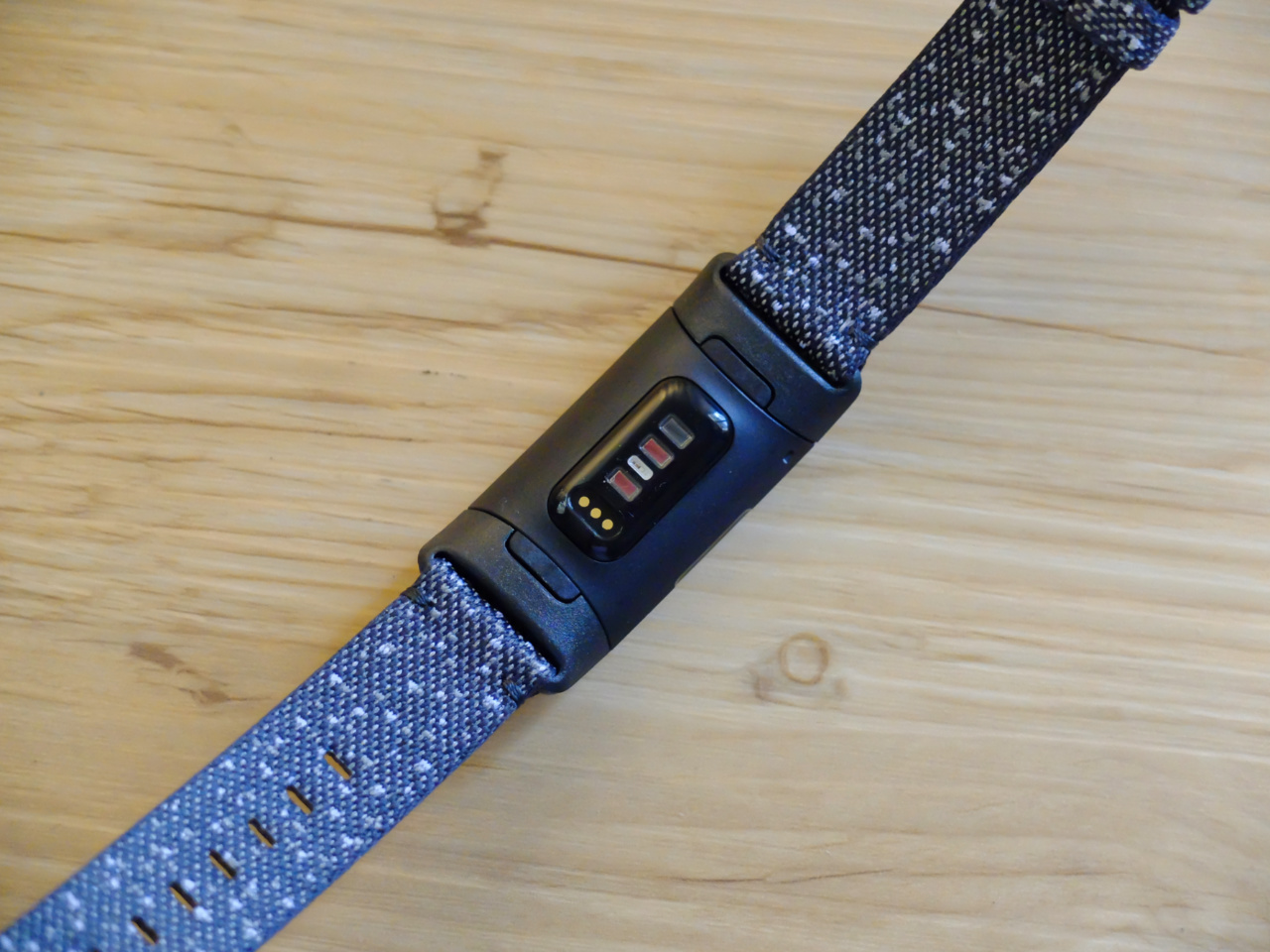 As for sensors, it has a built-in GPS for mapping your runs, 3-axis accelerometer, optical heart rate sensor, GPS, NFC, and altimeter. It also has a vibration motor to nudge you with notifications and water resistance of up to 50 meters. 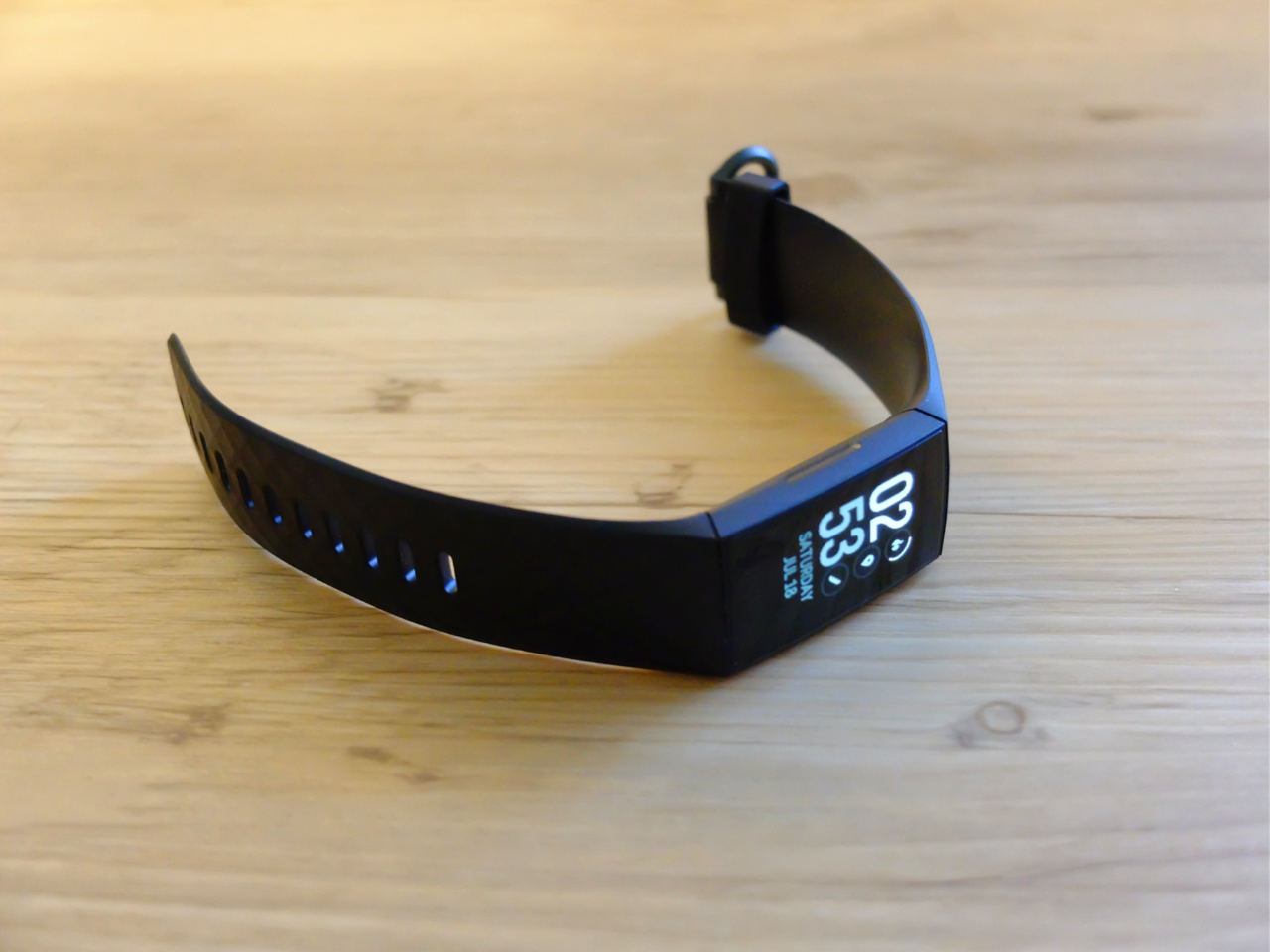 It offers a lot for a fitness band, although a bit pricey considering that some bands provide most of the features mentioned at a lower price. It would be nicer though if it had a colored screen. But if you’re a fan of Fitbit’s offering, you might want to check this one out.