Fossil has just officially launched its latest models in the Q line here in the Philippines — the Q Wander which is designed for women and Q Marshal for men. Although we weren’t able to get a hands-on time with them, we got the next best thing in the form of the Q Founder 2.0. 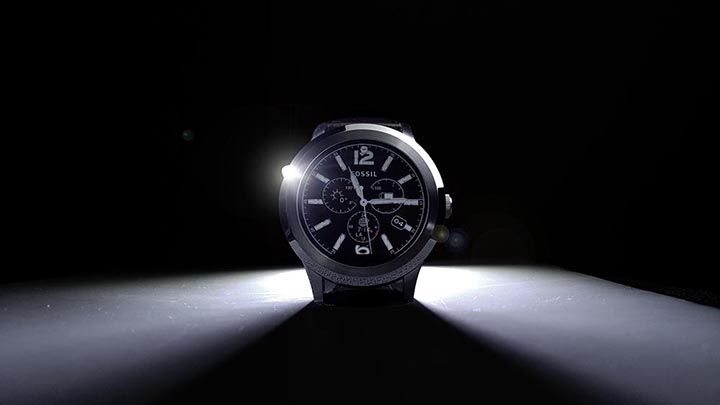 Going by Fossil’s website, it basically does the exact same things as the Q Wander and Q Marshal like track your activities, deliver notifications from the phone, get access to Google Maps, offer water resistance, etc. 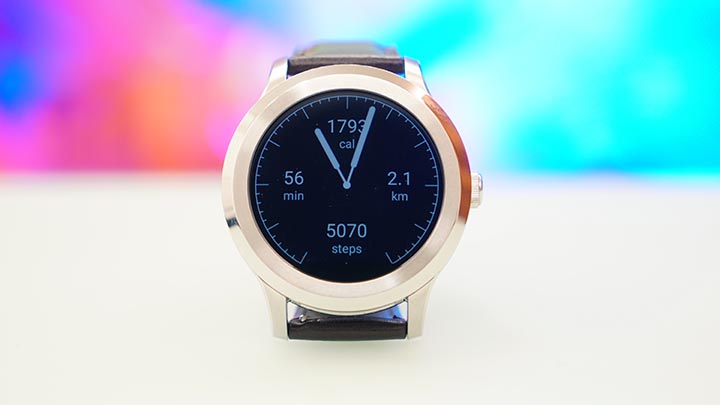 The only major differences are looks and the processor used. The two recently launched smartwatches run on a Snapdragon CPU while the Founder employs an Intel processor. Join us in this article as we take a closer look and give our first impressions of the device. 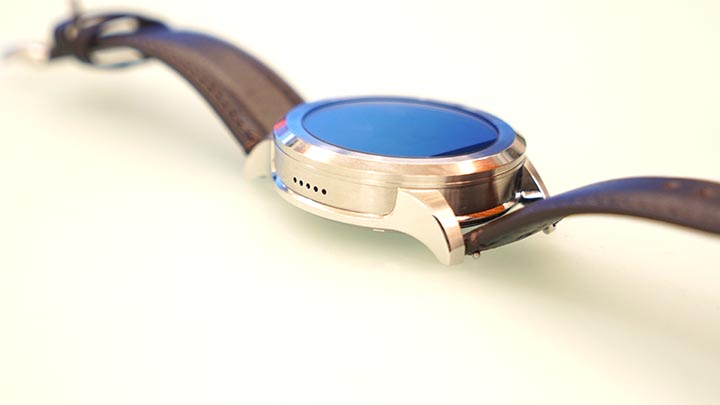 The Founder 2.0 has a 46mm case which is slightly larger than the ones found in Wander and Marshal at 45mm. A watch with this large a case is not normal for wearables. Add to that its 14mm thick measurement and you get a chunky piece of gadget slapped on your wrist. It does look thick — like an oreo cookie with extra filling in the middle. 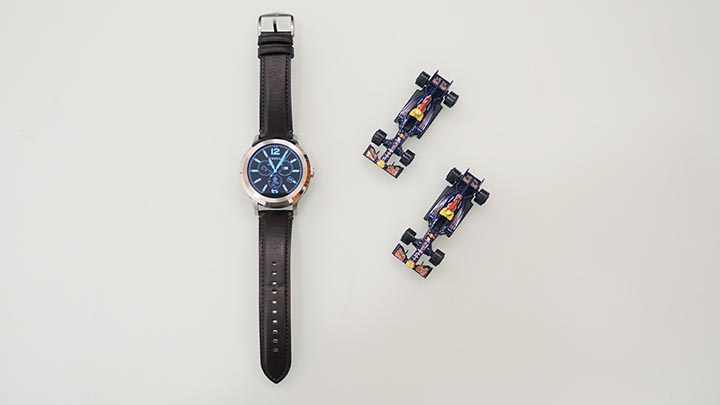 Smartwatches started out with square form factors but as of late, a lot has already come out with round displays and this is what Fossil went with. We liked it since it looks more like a watch this way. 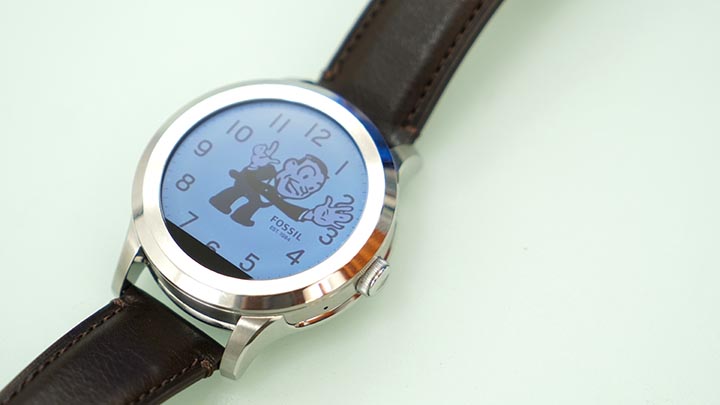 One thing you’d notice right off the bat is that there’s a black bar at the bottom of the screen. This is where the company placed the ambient light sensor for its auto-brightness adjustments as well as certain added features that take advantage of this sensor. Undoubtedly, this flat tire look is noticeable and could be unsightly for some users. 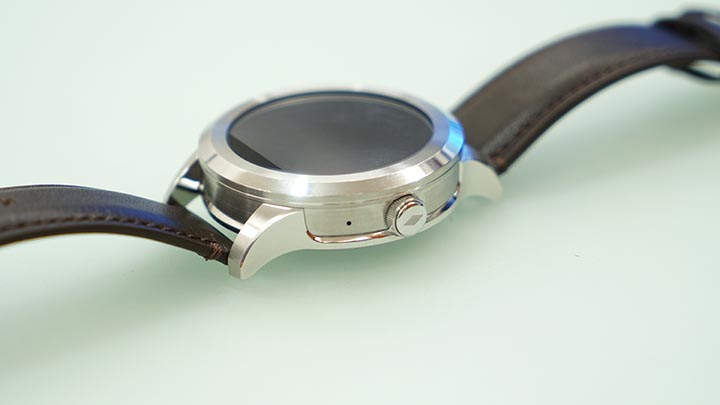 At the right side, we have the crown which acts as the only physical button on the device. With it, users can wake the screen or turn it off. It also brings you back to the home screen when tapped once, while pressing and holding it launches the menu. 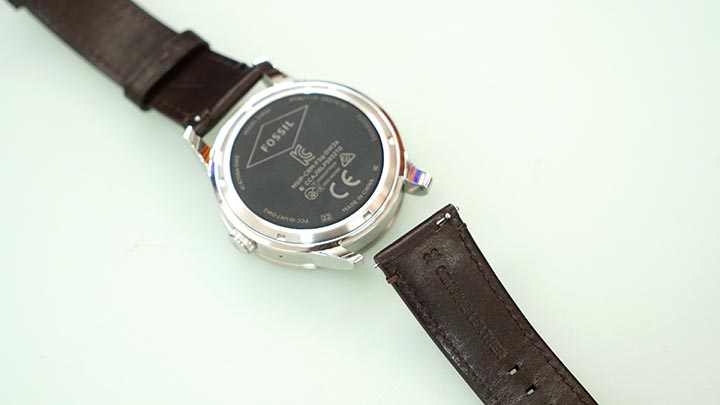 The Founder 2.0, just like the Wander and Marshal, both use a 22mm strap that’s swappable with other colors and materials. There are silicon, leather, and stainless steel variants to choose from. 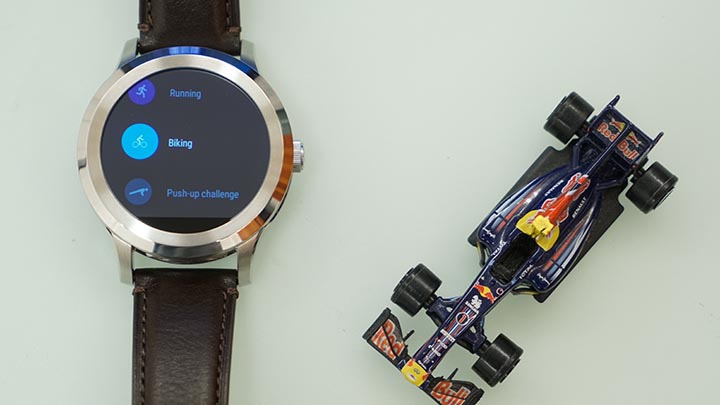 Its body is put together to receive an IP67 certification for water resistance meaning it could take on drizzles for some time but it’s not advisable to go swimming with it. 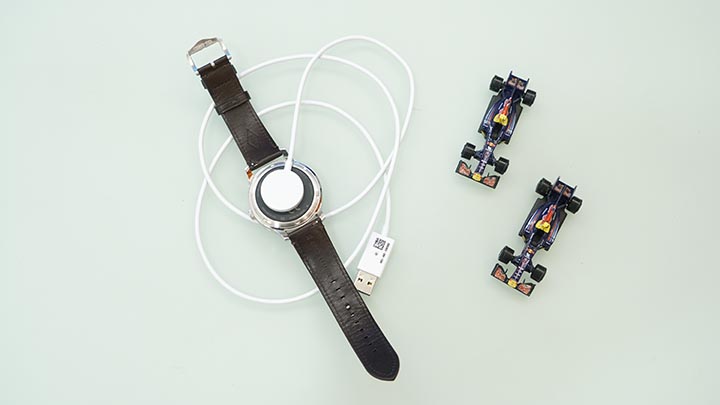 Fossil has given it 400mAh of battery capacity which is actually more than the Marshal’s 360mAh. Their smartwatches charge wirelessly through the use of Qi and the package comes with a charging cradle that sticks to the underbelly of the watch using a magnet. 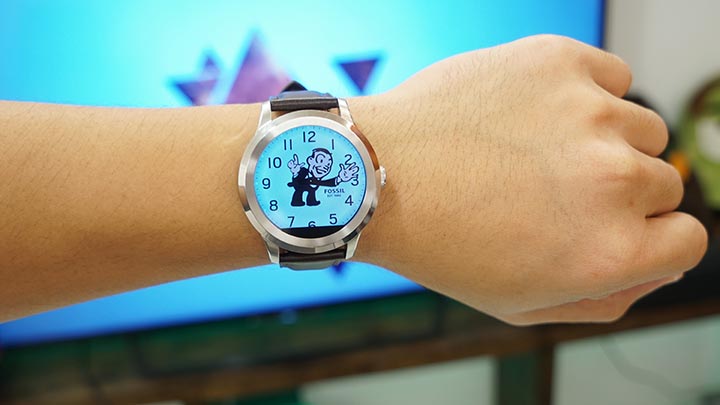 Although it has a beefy form factor, wearing it actually looked nice and not overblown even for me that have thin wrists. However, its thick profile makes its face hard to keep under the sleeves and tends to pop out under the cuff. 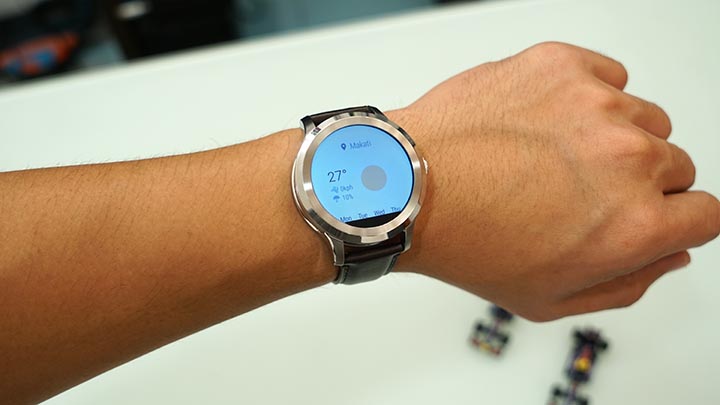 We’ve worn it for 2 days and so far navigation was lag-free with no hiccups. Swiping across the screen is so far fluid while display brightness is decent. Colors are vibrant enough but still not as solid as having a Super AMOLED display.

It also tracked our steps over the past days which we could view with the Google Fit app and there are a lot of watch faces available through the Play store. One thing that we liked right away is that although it runs on Android Wear, iOS users can still use it if the Apple Watch isn’t their cup of tea. However, there are still some limitations as to the features but all in all, it’s still pretty thoughtful for them to open it for Apple users.

We’ll be using this device more in the coming days so stay tuned for its review.