Pebble has launched the latest member of its growing smartwatch family, the Pebble Time Round. Unlike the other smartwatches that came before it, the Time Round looks more like a typical timepiece thanks to its rounded, all-metal design. Apart from veering away from its traditional square design, Pebble has also made their new smartwatch thinner (7.5 mm) and lighter (28 grams), claiming the title as the world’s thinnest and lightest smartwatch in the process.

Other features of the new Pebble Time Round include some degree of resistance against water splash, battery life that’s rated for two days, and support for quick charging which allows users to use the smartwatch for a full day only after charging it for 15 minutes. 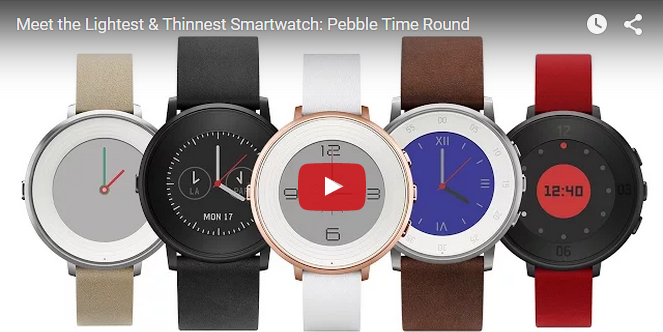 Pebble is now accepting pre-order for the new Pebble Time Round for USD249.99. It comes in 14mm and 20mm band sizes, and is available in Black, Silver and Rose Gold (14mm only).

The new smartwatch will hit the offline stores starting on November.