If you’re a PC gamer, then you know that, sometimes, even the most intuitive keyboards and mice just don’t fulfill that full gaming experience. What if you want to lay back and play a casual session of your favorite open-world RPG? Or maybe you’re testing out new combat or dual person game? Whichever the situation may be, one thing is definite: a gaming controller is essential. 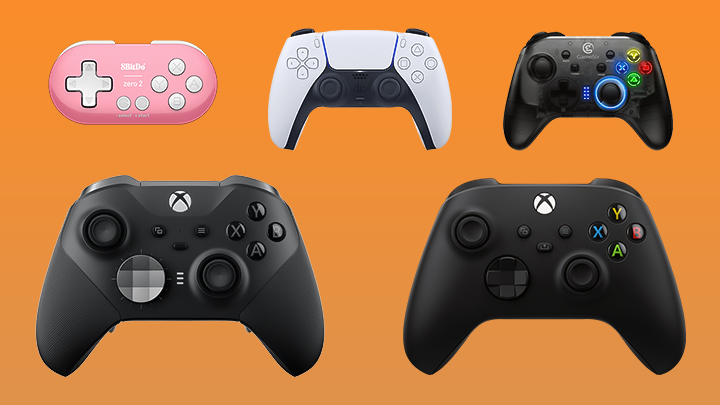 Gaming controllers let you react more nimbly while also offering simplified controls. They also provide more flexibility and comfort as they are contoured to fit in your hands and built for wireless use. Simply, the best way to enjoy any game is to fit your gaming arsenal with a reliable controller.

After all, a keyboard and mouse can only take you so far before the back pain, and hand cramps start kicking in. So, now, the real question is which controller is best suited for you?

We’ve listed the Top 5 best gaming controllers that are guaranteed to elevate your gaming experience to the next level. 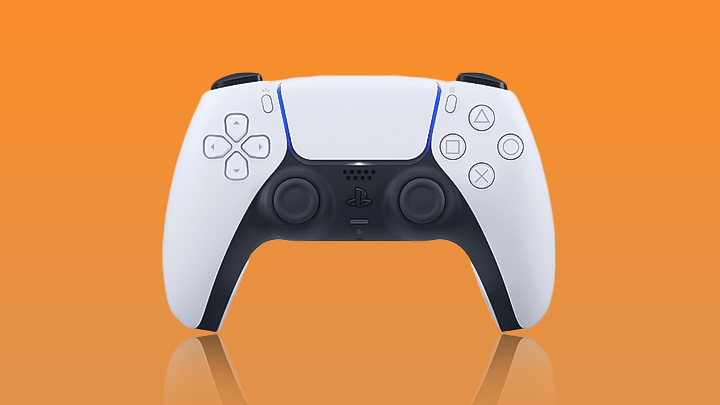 While Microsoft has undeniably taken over the gaming controller market, Sony isn’t that far behind. Or rather, it has taken a different route, set-up camp, and is beginning to build a whole empire around it. Simply, it dominates the haptic feedback scene. It offers new haptic motors and “Adaptive” triggers that offer resistance under your finger.

Imagine firing a bow in your game and actually feeling it. That’s exactly what the DualSense Controller does. Your character walking on mud? You’ll feel that too. It delivers motion feedback that’s easily the best and most nuanced you’ll ever have with any controller. And since it uses Bluetooth to communicate, you can essentially use the DS controller on your PC, as well as your Nintendo Switch, so long as you have a Bluetooth receiver.

Unfortunately, despite being compatible with multiple platforms, the DualSense’s breakthrough motion feedback and triggers are not yet fully compatible with most PC games. So, while they do offer the best immersive gameplay, they’re just not quite there yet unless you’re solely using it for the PS4. Hopefully, they will in the next update, but we’ll just have to wait and see.

The Sony DualSense Controller retails at PHP 4,789 on Lazada (LazMall). 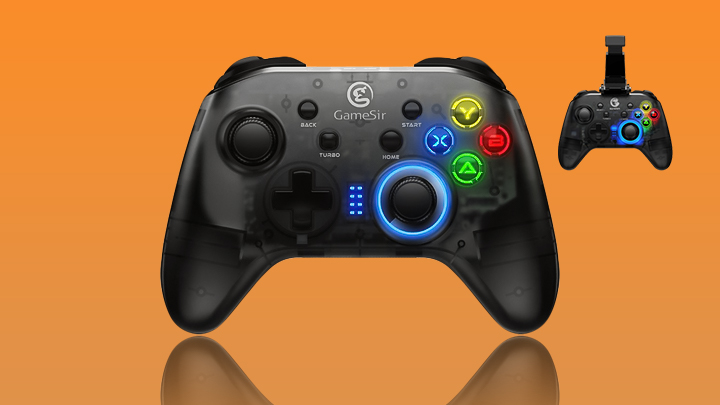 On the topic of gaming, we can’t forget our mobile gamers. In fact, the option of switching between PC to mobile in one single controller is undoubtedly a feature that any mobile gameplay fan would enjoy immensely. Luckily, the GameSir T4 Pro does exactly that.

This multi-platform controller is designed to work on pretty much any console, especially for smartphones. It features a dedicated clamp that can dock your smartphone on top of the controller so you can play all your favorite mobile games with the added convenience and control via Bluetooth or to your PC via the 2.4Ghz USB Dongle.

It connects either wirelessly or wired using a Type-C cable. It also sports the same features and translucent mecha design of its popular predecessors and pretty much is a solid controller for PC or even the Nintendo Switch. 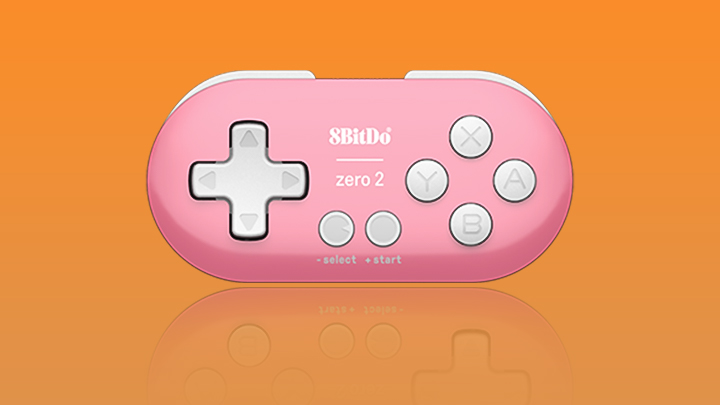 Now, who said small devices couldn’t be powerful? The 8BitDo Zero 2 is undoubtedly one of the most popular gamepads this year. And while they’re mainly fitted for the Nintendo Switch, they do pretty well with casual PC gaming as well (you can try to use it for more intense or FPS gameplay, but we’re pretty sure you’ll just end up breaking this teeny-tiny controller as well as your game).

This pocket-friendly controller sports fun and vibrant colors and amazingly fit exactly in the palm of your hand. But despite their colorful hues and small build, they actually do a great job with their buttons and a directional pad.

A good point of focus as they don’t actually have enough space for an analog stick. While they lack a few buttons, the multi-functional options of the buttons and directional pads immensely make up for it with a few extra allowances. The only downside to these controllers is they are not quite cut out for long gaming sessions, as the small design can easily lead to hand cramps and fatigue. It does make for one heck of a fun, ultra-portable, and more than a capable gamepad. 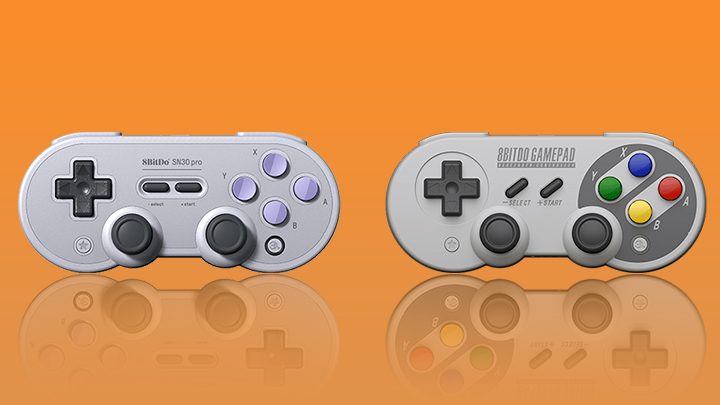 If you’re an old-school gamer or simply just a retro gaming fan, you wouldn’t want to be caught dead without having one of these in your arsenal. 8BitDo has been known to manufacture modern versions of controllers from back in the day.

Still, arguably the most popular one is 8BitDo’s SN30 and SF30 Pro Controllers, which emulates the Super Nintendo controllers from back in the day (if you still remember those). But unlike those, these are now fully outfitted with modern features, such as motion controls, a Type-C port, and of course, these are now wireless as well.

Compatible with almost all platforms (except for the Sony PS4 and Microsoft Xbox), these are really great for just about any game that requires you to use a controller. The size is also perfect for portability without losing functions. Still, if you’re a dual analog stick heavy user though, you might want to opt for their Pro+ version since your hands can cramp in a few hours without any palm support; if you’re looking for a modern classic way to play your games, look no further than 8bitdo’s controllers. 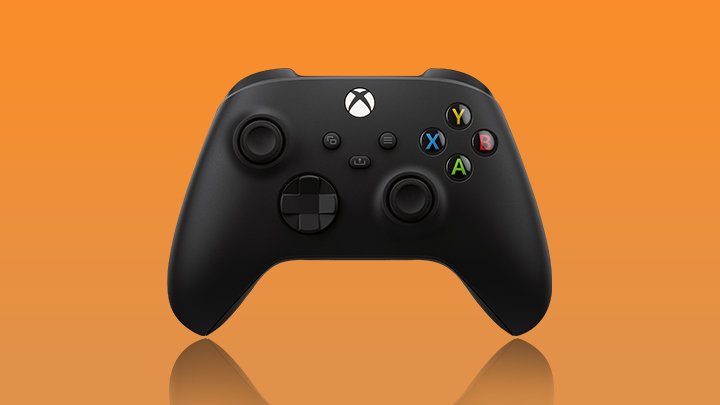 The Xbox Wireless Controller has always been a staple for PC gaming. And while things have been changed and modified with the newer generation, it retains the same features that we all love. It’s ergonomic design, and textured rubber grips offer undeniable comfort even with long hours of gameplay. At the same time, its patented D-Pad is fully equipped to fulfill even the most demanding fighting and shooting games. The one thing that is truly enjoyed in the most recent update is the share button, which allows you to capture screenshots and gameplay footage without navigating through complicated menus or instructions.

Nothing beats the Xbox Wireless Controller in terms of reliability and familiarity. It does its job, and it does it well. No hook, no line, and no sinker, just pure unparalleled dependability. So, if you’re in the market for a gaming controller that doesn’t break the bank but also doesn’t sacrifice quality, then this device might be the right fit for you.

The Xbox Wireless Controller starts at PHP 1,800 and can be found in Datablitz and other gaming specialty stores online. 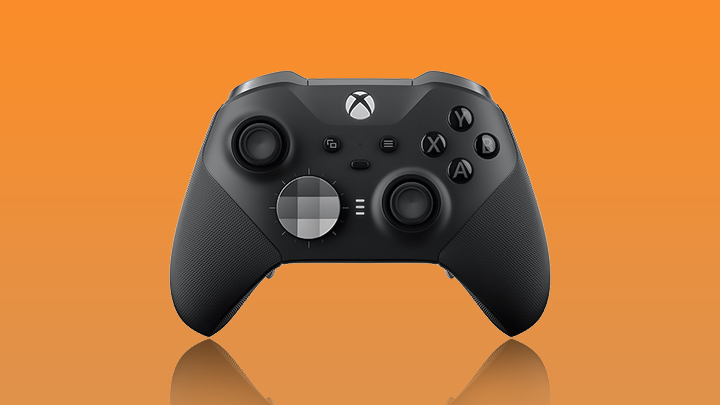 There’s no denying that Microsoft is at the forefront of gaming controllers, and sitting on top of that is the Xbox Elite Wireless Controller 2. This innovative and highly-customizable controller is everything you’ll ever need to enhance your gameplay. Its nearly endless customization options and a newly-revamped textured grip gives you unparalleled control both physically and virtually. At the same time, its inclusive metal thumbstick adjustment tool gives you the freedom to actually modify the thumbstick tension to your preference—a godsend for those who love to personalize and tinker with their devices.

In the world of gaming controllers, the Xbox Elite Wireless Controller 2 reigns supreme, and rightfully so. No other controller in the market gives you the performance and value that this device has with the strong-arm of customization it offers. If you’re looking for the best of the best and have the budget to spare, this is the right choice for your, hands down.

The Xbox Elite Wireless Controller 2 starts at PHP 8,995 and can be found in Datablitz and other gaming specialty stores online.

Whether you’re an avid gamer or a casual one, a PC user or a console-head, having the right gaming controller for the job can take you a long way and can undoubtedly elevate your gameplay experience. Hopefully, this quick-list can help you decide which one best fits your needs. Which one are you going to pick?