iOS 6 was released a few days ago, bringing more than 200 new features across multiple iOS devices. But how much benefit are you going to get by updating to this latest iteration? Let’s find out by reading our overview of the main features. 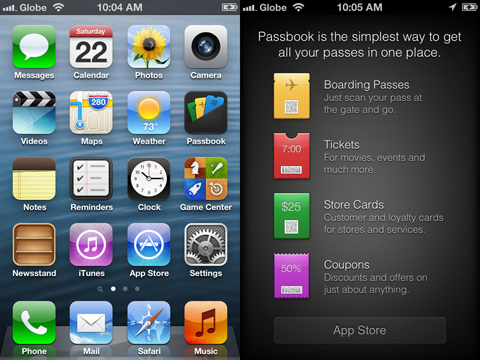 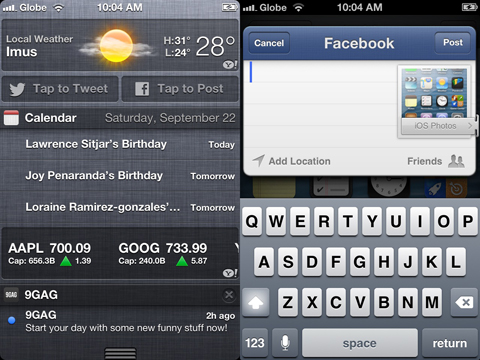 See also  Would you buy an Apple iPhone if it looks like this? 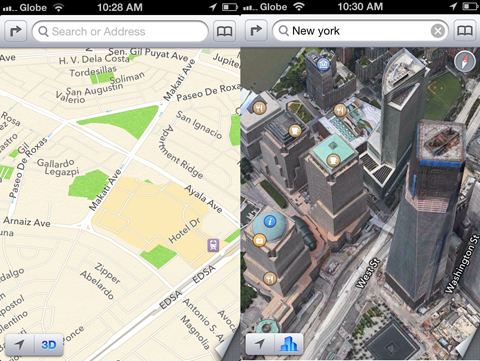 Updating to iOS 6 means ditching Google Maps. As a replacement, Apple introduced its own mapping system with turn-by-turn navigation powered by TomTom. Compared to Google Maps it still looks unfinished and lacks details. You also have the option to view the map in 3D or do the Flyover. As of the moment our local maps doesn’t have that feature yet but you can head to U.S. territories and try it out. The App Store was given a makeover in iOS 6 with an aim of making it simpler. Almost everything has been rearranged and looks confusing at first but you’ll get the hang of it. What I like though is that the App Store doesn’t exit to the homepage when you download an app. You get to stay in the App Store and keep downloading as much as you want. Also you don’t need to enter your password every now and then which saves you time. However, like most iOS builds, it is without any flaw. There are times when I cannot connect to the App Store. Turns out other users are experiencing this as well. 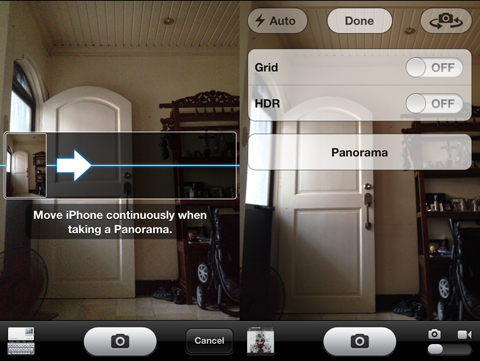 The camera was finally given native Panorama support in iOS 6. Just tap on the Option button and tap on Panorama. You’ll need to take the shot on portrait mode instead of landscape though. Overall it’s a good addition and stitches images really well. 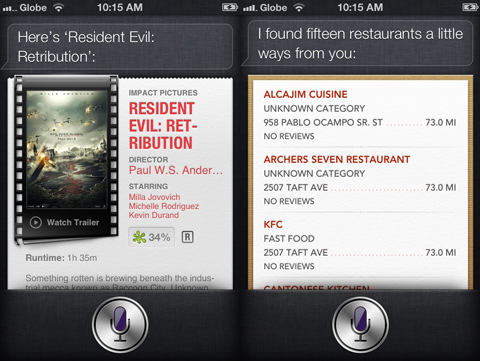 Siri gets an upgrade too. It can now launch apps, Tweet and post on Facebook for you and provide information on sports, restaurants and movies. But it still needs some improvement in its location services especially here in the Philippines. I told Siri I was hungry and it recommended restaurants at least 70 miles away from where I am. iOS 6 gave the Phone and Music app some aesthetic upgrades as well. The dialer now has lighter keys compared to the darker ones on the previous iOS version. The Music app now has a metallic feel to it. Nothing really fancy here but it looks good. 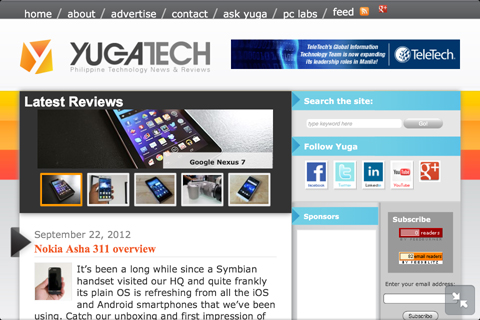 Other upgrades include an improved Email app with VIP inbox, Mobile Safari now has offline-reading and can enter full-screen mode. The built-in YouTube app has been removed to pave way for the official YouTube app from the App Store. There’s FaceTime over cellular and Shared Photo Streams as well.

If you’re wondering which features are coming to your specific iOS device, check out the table below: Just like it promised, iOS 6 brought lots of improvements, upgrades and new features to iOS devices. It’s not that polished yet so expect a 6.1 or a 6.0.1 soon. But all in all, iOS just keeps getting better and better.

What do you guys think? Is iOS 6 a worthy upgrade? Share your thoughts below.

THINGS THAT I LIKED:
+ minor improvement in performance, apps are snappier
+ camera has improved
+ vip & do not disturb functions
+ assisstive touch is much better
+ office can now open password locked files (finally! I need this for work)
+ more emoji emoticons

NOT SO MUCH:
– I downloaded google maps for safari in place of apple maps
– passbook & siri are negligible here in the Philippines
– Facebook integration with address book. Had to turn this off. It messed up my contacts list.

It’s not perfect, but nonetheless, a still a must-have upgrade. You have to work around some features to fit your needs.

me too. but i also noticed that the auto lock is buggy.. i set it to a minute but my screen will go off after 3 mins even i set it to 2 mins…

I hope they will push upgrade for siri in Ipad 2. New Ipad and Ipad 2 have the same processor, I dont know why they wont allow siri in the old ipad.

Because Siri is Sira in iPad 2.

the vast majority of the people who wait in line and pre-order, anxiously awaiting their phones are the apple cult. They will buy anything that has a apple logo cause they think it is making a status statement, when really, considering the people behind the counters at gas stations are screwing around on their iphones, it just makes them apart of a exclusive club called “anybody”. Some people just want to have the best and latest just so they can say to their friends they have the best and latest without really knowing much about what the product actually does

It seems like my iPhone 4S got smoother yet the battery life became worse.

So-so for me. Nothing special.

Turn it off by going to Settings -> General -> Passcode Lock then switch off Siri under the “Allow Access When Locked” section.

I have a big problem with my wifi. My new iPad will drop wifi after a few minutes. Toggling the wifi button is my only solution to get wifi to work for a few minutes. Tried all the fixes out there, none of them work. The only option is to revert back to ios5 but apple does not support this. Any ideas?

iPhone 4S user here. My phone was laggy when I downloaded iOS 6 but it has gotten better as apps are slowly optimized for the new OS. The maps isn’t as bad as people say but soooo far behind google maps and nokia maps. At least Siri can now find places in the Philippines but way way off. She (it?) can’t find Pizza Hut or even Burger King. When I asked where the nearest McDonald’s was, sa commonwealth daw (I live in makati). It sucks that the panorama mode only works in portrait mode which was kinda weird. Still using 360 and photosynth instead.

Overall, a not quite ready update but not as bad as I though it would be. Battery life still as bad as ever.

I’m waiting for Apple to approve Google Maps. I agree with you on battery life. I was hoping that iOS 6 will fix it. Oh well.. Btw, did you have problems connecting to the App Store?

Am happy with the upgrade though I really need an IPhone 5 since the 4 that I have right now does not have Siri. Overall, the new iOS6 will definitely give a much better user experience that Apple can only deliver.

oh you really need siri right? tell me more about how useful siri is, in this part of the world

” but you can head to U.S. territories and try it out”

It meant you can head to U.S. territories using the app so you can experience the Flyover feature.

Why is that when an Apple related article is published, android fanboys always troll? Are you that insecure with an Apple product? Go and take that cheap plastic phone of yours and GTFO out.

Like the other posters have said, this website is mostly composed of fandroids. Which is sad. All they do is troll. They have no class; just like their phone.

class or social climber? what use is an iphone if some features are region dependent? all of these feats are for people in the US and other countries. android apps even shows peso amount which shows support in our country.

I rather have a phone built in plastic with everything I need than an iPhone that I might only use as a paper weight…just my two cents ;)

I hope apple would also consider of having the passbook app to iPad versions.

It’s a whole tumblr site devoted to how amazing iOS6 maps is: http://theamazingios6maps.tumblr.com/

It’s a whole tumblr site devoted to how amazing iOG6 maps is: http://theamazingios6maps.tumblr.com/

For some reason, voice guided turn by turn does not work for me. Is ti region specific? It maps it out and gives directions but there’s no voice guide.

If you have been keeping up with the news lately, the map is a big letdown. Don’t worry though, Apple will improve it a lot in iP5S and the best thing is, their new improved iP5S map will be made by Google.