Ever since Android smartphones broke the 4-inch and 5-inch screen size barriers, people are asking when Apple will do the same with their iPhone. Seems like it’s finally going to happen as reports say that a 4.7-inch and 5.5-inch iPhone are slated to launch next year.

Bloomberg reports that Apple will continue the trend of launching two iPhones and will introduce two models next year – one with a 4.7-inch screen and another with a 5.5-inch screen. 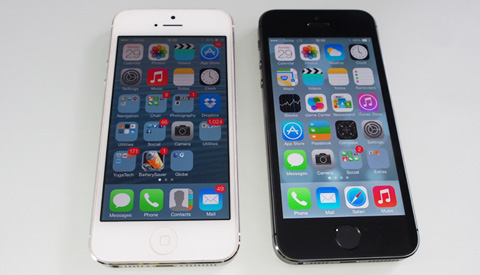 Although Apple may look like it’s “catching up” in terms of display sizes, the company will introduce more innovative components in its upcoming iPhones like displays with “glass that curves at the edges” which is expected to be featured in the iPhone 6, and “enhanced sensors that can detect different levels of pressure” for the iPhone 7.

Bloomberg’s source say that upcoming iPhones are still in development but are expected to launch in the 3rd-quarter of 2014.