If you’ve been holding off on upgrading to the latest version of iOS because you’ll lose your Jailbreak stuff, well fret no more because a team of Chinese devs have released a software that can Jailbreak (untethered) supported iDevices running on iOS 7.1 and/or 7.1.1. Head past the break for a quick tutorial on how you can do it. 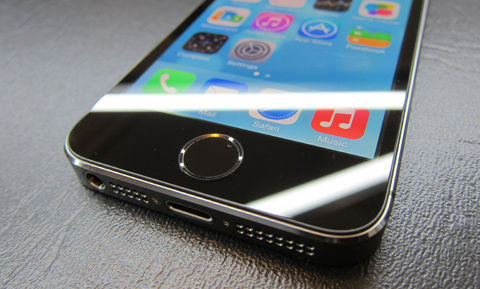 Before you proceed with the hack, bear in mind that we hold no accountability for any damage that this jailbreak will cause to your device. So as with other things that involves tinkering with your device’s OS/software, please proceed with caution and follow the steps down to a “T”.

1. Download the latest version of PanGu software from this link (for Windows only, MAC version is currently not working).

2. Plug the supported iDevice that you want to Jailbreak to your Windows PC using a USB cable.

4. The software should automatically detect the iDevice that’s connected to your PC. If it didn’t try to reconnect the USB cable or try a different cable. 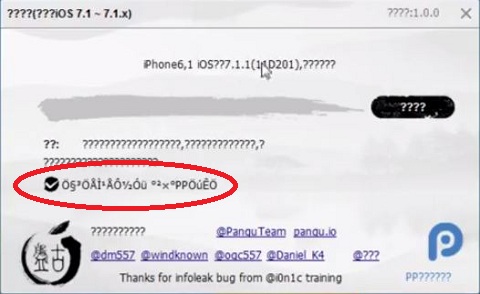 5. There’s a checkbox on the middle part of the software’s main dashboard. Make sure that it’s unchecked before you proceed.

6. Click on the “????” button highlighted in black to start the jailbreak process.

7. Once the process starts, the software will prompt you to adjust a few things on your iOS device. Follow the steps listed on the jailbreak software properly.
> 7.a Go to Settings > General > Date & Time
> 7.b Disable “Set Automatically”
> 7.c Set the device’s date to June 2, 2014
> 7.d The process will automatically resume after you’ve manually set the specific date on your device as describe above. 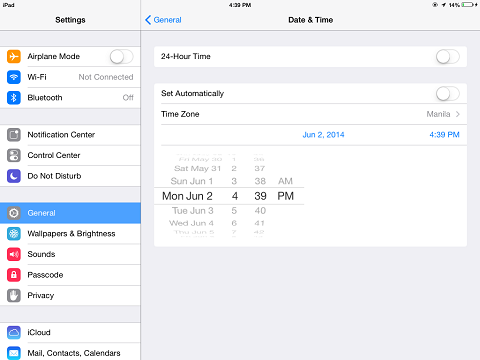 8. Let the software do its thing which takes roughly around 10-15 minutes, Just make sure that the connection between the device and PC remains as it is during the course of this step.

10. Upon completion, the software will reboot your device twice and after that you’re all set to install Cydia on your jailbroken iOS device.

Based on countless reports on various forums and threads, the PanGu jailbreak seems to be working just fine without any major repercussions on the jailbroken devices. However, the fact that the PanGu team is fairly new around the circuit makes some iOS device users feel a bit reluctant to try out the jailbreak. Moreover, the mere size of the PanGu software (shy of 80MB) also raises a few concerns over privacy.