In the flesh: Apple iPhone 6

We managed to secure an iPhone 6 over the week-end and sharing with you some of our initial impressions of the device.

Last week’s release of the iPhone 6 and iPhone 6 Plus included Hong Kong, Japan and Australia. The Philippines was not on the list and, based on previous years’ releases, we’re expecting a local release sometime in December. 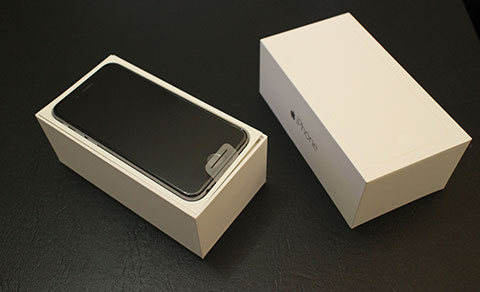 Thus, we had to source our unit from one of the online stores that imported their shipments from HK. It is way more expensive than the retail price but the economics of supply and demand pushed the asking prices for these units to go past Php100,000 (read our story on the selling prices here). The one we got was the 64GB version in space gray. It has the same color and tone as the previous iPhone 5S. More on this in our full review of the iPhone 6 within the week. 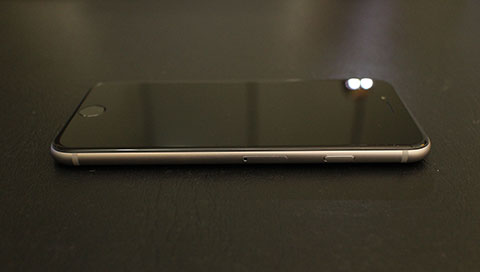 The placement of the buttons have been slightly re-arranged with the power button now on the right side (to be easily reachable by the right thumb) and the volume controls along with the lock button on the left side.

The Lightning charging port, 3.5mm port, microphone and speaker are at the bottom end. At the back is the 8MP rear camera that is flushed too close to the top left corner. 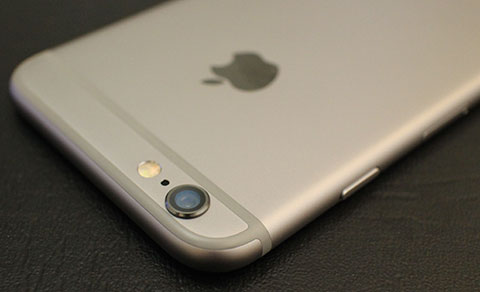 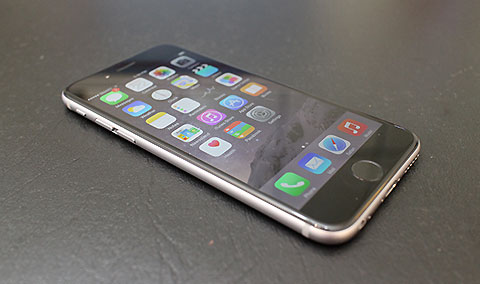 With its very slim profile, the hold and grip on the iPhone 6 is a bit awkward and slippery. There is not enough girth to comfortably hold the device with in one hand. This is the same feeling when you hold the iPod Touch. 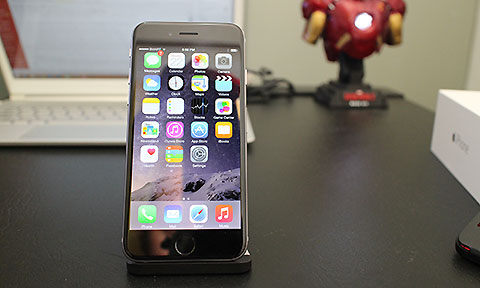 While the all-metal and glass body of the iPhone 6 has been the signature of Apple since the iPhone 5 over 2 years ago, the stripe borders around the body and across the corners of the back panel. It comes in a slightly different tone as the metal which makes it more prominent. The rear camera also protrudes above the surface of the back panel and can be distracting and prone to scratching (as our experience with previous HTC devices that have similar camera placement). It’s also too close to the corner that it could be frequently obstructed by the fingers when taking photos. Here’s the complete hardware configuration of the iPhone 6.

Once cause for concern among many would be the low battery capacity of the iPhone 6 which might translate to shorter battery life. We will do our standard battery bench to confirm this in our full review. 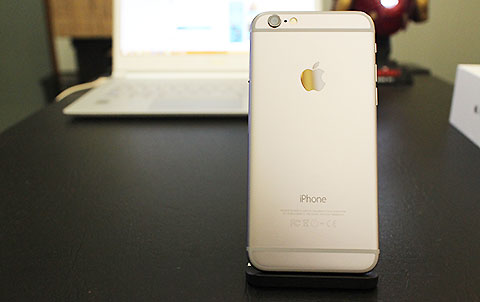 Perhaps our biggest comfort among all the new improvements Apple has introduced with the iPhone 6 is the display size. Apple has conceded to the fact that everyone else has significantly increased the size of their display so it’s time for the iPhone to follow suit.

If you’re curious to learn how much the iPhone 6 and the 6 Plus will retail once it is released in the Philippines, here’s a chart of prices in HK, SG and Taiwan and the Philippines should be closer to that.

honestly im considering buying one, if its $649 in the US i expect this will be 36-38k once its officially released in the Philippines.

mainstream specs for such a price, no thanks.

Now, let’s see a drop test. Or better yet, search some videos uploaded on YT to see how fragile this expensive toy is. Smh…

Ugly back cover with duct tape design. $99 for additional Applecare protection. Lame battery life for an expensive, “innovative” phone. If not for the reviewers, people will continue getting duped with apple products. Xperia Z3 has the longest battery life so far. But apple fanboys will just ignore the little rip offs because hey, it’s apple.

Posting my penultimate paragraph again. The comment field here parses out the greater than and less than sign as if it’s an HTML element:

@idiots, No, I’m not an apple fanboy. I don’t even own one coz I don’t believe in paying premium for its functionality.

Neil, you’ll have to use HTML ampersand tags:

That’s how I get those chars in. Not optimal, but that’s the way it is, and that’s how I deal with it :)

Oh, and you’re not supposed to include the quotation marks, e.g., <strong>. Sometimes I forget to close a tag, or omit a semicolon, and it can get embarrassing but that’s part of the fun

Yep. Got mine Saturday night from the AU launch and coming from the 4-inch 4S, the 6 is huge. And really light.

I personally don’t like the iPod Touch look but I find that the rounded edges and the thinness makes it easier to reach my thumb out around the far end of the screen.

I’m used to the edges on the 4S and the 6 does feel like it might slip from your hands but because it’s so light compared to the 4S, I don’t have to grip it as hard as my 4S. It’s worth remembering that a lot of people said the 4S was slippery when it first came out, too, though I never found it to be so.

The movement of the power button makes a lot of sense. On the 4S, I can reach the power button with my pointer finger which would be inaccessible with the new screen size unless you have large hands.

The screen is gorgeous, no surprise there, and is usable in direct sunlight.

About the camera lens, I really don’t like how it’s protruding. My sister has that glass screen protector on her 5S and I’m hoping they start selling them for the 6 and include them for the back so the lens is flush against it. It’s a good thing Apple covers their lenses with sapphire crystal which is only bested by diamonds when it comes to durability. But yeah, it looks ugly to me.

As for the battery life, I found that your mileage really varies depending on your use and with the way I use mine, it’s always lower than what’s on reviews. My 4S would need to be juiced up on a power bank by supper at around 7PM or so. The 6 lasts me day with enough power to stay on standby overnight. I keep my wifi off most of the time but data is always on and I check Feedly often and do emails even more often and game quite a bit.

For what it’s worth, reviews for the 6 and 6+ batteries have been good with reviewers saying the 6 lasted just a little less than a day and a half while the 6+ lasted 2 whole days on normal and regular use and on around half the screen brightness. I’d link to the some but not sure if it’s acceptable here but it’s easy to find reviews on Google anyway.

Regardless of how long it lasts for anyone, the general feedback is the 6 and 6+ lasts longer than the 5S which is a much more important yardstick than the actual raw amount of mAh. I’m curious to see what comes out of your battery benchmarks. :)

Typical fanboy, what do we expect? Of course full of praises. Lolz!

You should read again. This time, take off your hater glasses so you can understand it better. :)

Everything I said is my opinion and I made sure to frame it as such. I was careful not to make any comparisons to any other phone so I don’t inadvertently step on someone’s toes since people can be touchy when it comes to their stuff.

Now, if you don’t like reading good things about iPhones, don’t read any iPhone articles because there will always be good things said about iPhones that are backed by empirical fact regardless if you agree to them or not. Unless you’re a masochist. Or a troll. In which case, carry on.

The only praises you’ll see there is about the screen which is an accepted fact, and the second is the lens being protected by sapphire which is a hard, irrefutable fact and, as I mentioned, is just a silver lining to the dark cloud that is the protruding lens.

Let’s try an experiment. On my post above, replace all instances of “4S” with and “6” with and read it again. Then tell me if it reads like it’s “full of praises”.

Why do I even bother? I’d gladly engage in discussion, even if it’s laced with vitriol as is sadly common from haters who go out of their way to comment on an article that’s clearly not targeted to them, as long as it has actual substance. From here on out, obvious one-liner trolling will be ignored.

“Lolz!” – red flag. Someone everyone should ignore.

@krypton: another keyboard warrior. mr. i-am-not-so-mainstream. dude, if u haven’t tried using both androids and iphone, shut the [email protected] up. just stay with ur android. that easy.