Apple has released an update for their iOS mobile operating system and it should be available to users of iPhone, iPad and iPod touch starting today. 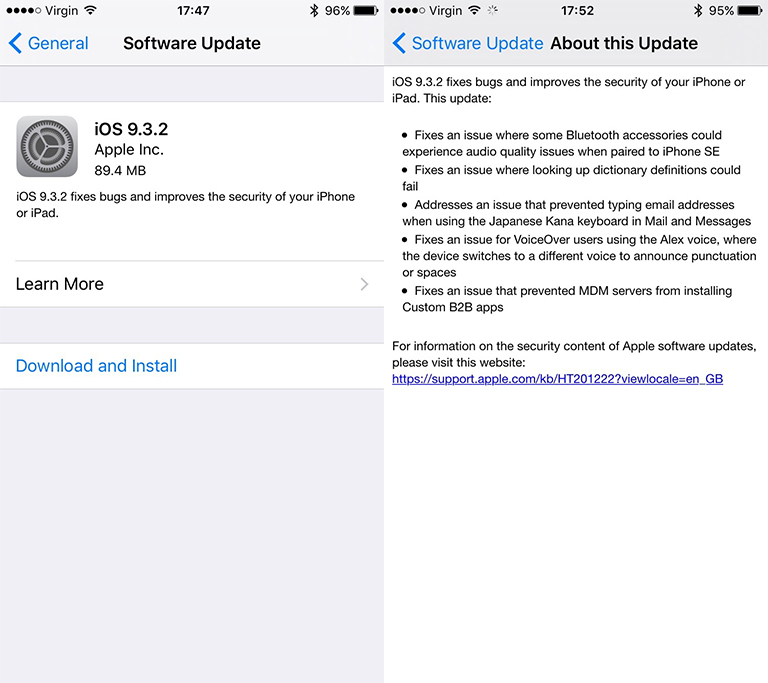 The update number 9.3.2 includes various bug fixes and some security enhancements for iOS. This update also addresses a critical issue with iPhone SE when pairing with audio Bluetooth accessories.

To update your software version, simply head over to the Settings and click General then Software Update. The size of the update depends on your device. Some users are reporting around 50MB to 1.5GB of download.