Smart Communications has bared its postpaid plans for the upcoming iPhone SE and is offered starting at All-in Plan 500. 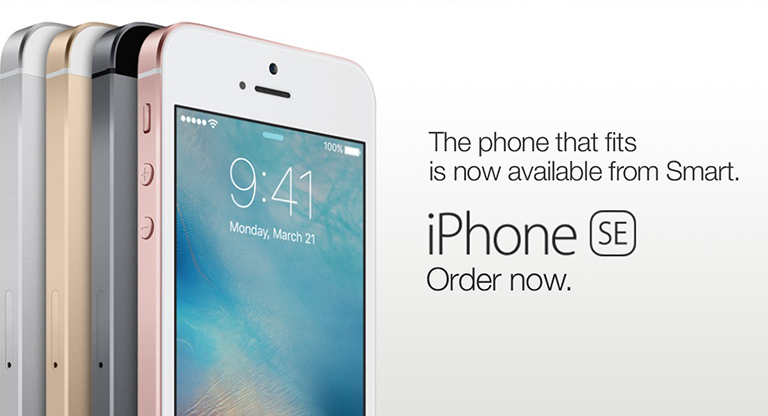 The plans for the latest Cupertino device include offers for both All-in Plans which starts at P500, and at the telco’s own iPhone Plans which offers calls, texts, and data inclusions starting at Plan 700. The 16GB variant could be availed for free starting at iPhone Plan 1500 or All-in Plan 1800, both of which come with a 30-month lock-in. 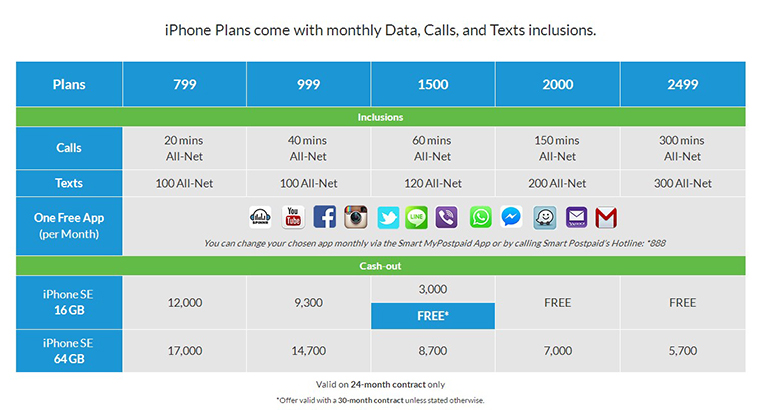 All colors are set to be available according to Smart, but the only options available as of this writing on their online store are the Space Gray and Rose Gold in both 16GB and 64GB internal storage variants. Smart touts that the iPhone SE can be owned as early as May 26 if you pre-order at this time.

For those interested, you may head over this link.