Huawei’s latest Nova series device, the Nova 7i, has just been launched. It features a 6.4-inch Full HD+ display, a Kirin 810 chipset, 8GB of RAM, 128GB of storage, and quad-rear cameras. You may notice that it shares a lot of similarities with the Realme XT – same size display, mid-range chipset, same storage variants, and the same quad rear camera set up. To help you decide between the two devices, we’ve made a quick spec comparison to highlight which device is for you. 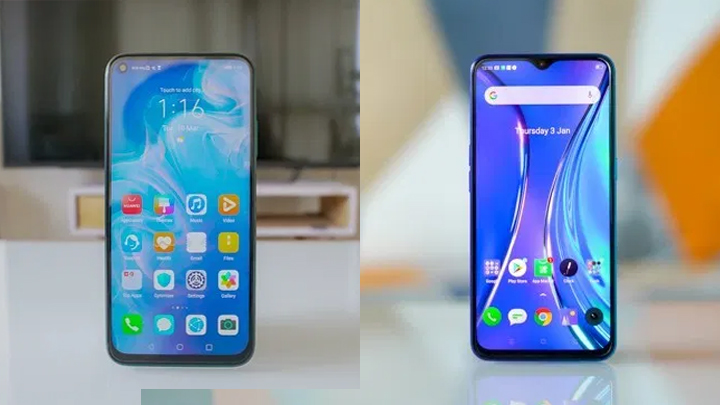 Starting with the display, both phones have a 6.4-inch Full HD+ display, with the Nova 7i having an LTPS (Low-Temperature Polycrystalline Silicon) panel with a 2,310 x 1,080 resolution. On the other hand, the Realme XT has a Super AMOLED display with a slightly larger 2,340 x 1,080 resolution. The Realme XT also comes with Corning Gorilla Glass 5 in the front and back for added protection, while Huawei is yet to announce the protective glass for the Nova 7i. The Realme XT wins in this category thanks to its Super AMOLED panel and Gorilla Glass protection.

Moving over to the device’s performance, the Nova 7i runs on the more powerful Kirin 810 chipset paired with 8GB of RAM and 128GB UFS 2.1. In comparison, the Realme XT comes with a Snapdragon 712 chipset paired with 4GB to 8GB of RAM, and 64GB to 128GB of UFS 2.1. Both devices’ storage can be expanded up to 256GB via external card, with the Nova 7i being compatible with an NM card, and the Realme XT with a microSD card. It is worth noting, that the Nova 7i has a hybrid card slot, while the Realme XT has a dedicated slot for the MicroSD card. We’re giving the Nova 7i a win here, thanks to its more powerful chipset. That being said, users that use the dual-SIM functionality and need more storage may want to opt for the Realme XT instead.

As for connectivity and battery, both devices offer the same options, including dual-SIM functionality, 4G LTE, WiFi 5, Bluetooth 5, and several GPS tracking. Powering the Huawei Nova 7i is a 4,200mAh battery compatible with Huawei’s 40W SuperCharge. The Realme XT, on the other hand, is powered by a 4,000mAh battery with 20W VOOC 3.0 Flash Charge. Though connectivity is the same for both devices, the Huawei Nova 7i has a larger battery and faster-charging capabilities.

Given the PHP 3k difference between the two devices, should you get the Nova 7i or the Realme XT? People on a budget, power users and gamers may gravitate towards the Nova 7i thanks to its stronger chipset and bigger battery capacity. You can also charge the devices quicker thanks to its 40W Huawei SuperCharge capabilities. While it is tempting to cop the Huawei Nova 7i, its lack of Google Mobile Sevices may turn most users away. Thankfully, Huawei has been working on its own Mobile Services, adding more and more apps to its App Store thanks to its recent release of the HMS Core 4.0.

For the average users, however, we feel that they would appreciate the Realme XT more. Despite the weaker chipset, it has a Super AMOLED display that shows more vivid colors than an LTPS panel, a more premium build thanks to its glass back, higher resolution main camera for those quick snaps and photo ops, and most of all, it comes with the familiar Google Mobile Services.