Along with the new Nexus 7, Google has announced its new Plug and Play device for your HDTV, the Chromecast.

Google Chromecast is a USB thumbdrive-sized device that connects to your HDTV via HDMI. As the name suggests, it is powered by Chrome and allows you to use your phone, tablet or laptop to “cast” online content to your TV so you can play Netflix, YouTube, Google Play Movies & TV, and Google Play Music on a bigger screen. 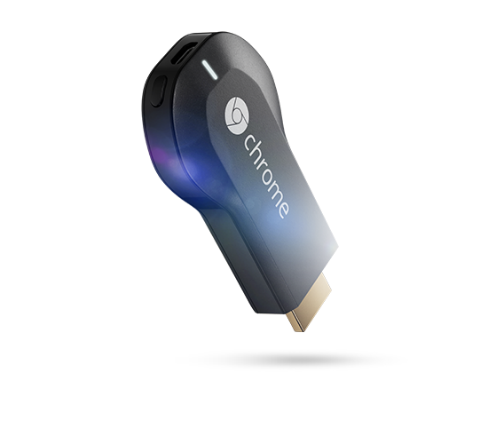 In essence, Chromecast is similar to Apple’s AirPlay but is more flexible since it works with Android tablets and smartphones, iPhones, iPads, Chrome for Mac and Chrome for Windows. Watch the video below to see it in action.

Chromecast costs $35 and can be ordered through Google Play, Amazon.com, and Best Buy.