How I do Toy Figure Photography With a Smartphone

How I do Toy Figure Photography With a Smartphone

Being an anime/manga fan, I definitely ended up getting into collecting figures as well. It’s not exactly a requirement, but of course, the majority of fans started collecting figures of their beloved anime and manga characters as it’s probably the closest thing we’ll get to having them manifest physically in front of us. While I haven’t gotten into collecting scale figures yet — they’re still pretty much out of my range — over the years, I’ve become a fan of this lineup of figures called Nendoroid. Nendoroid figures typically depict characters in an absolutely cute form, with large heads and small bodies. Each Nendoroid of a character comes with accessories specific to them, and their facial expressions and hair are interchangeable as well. 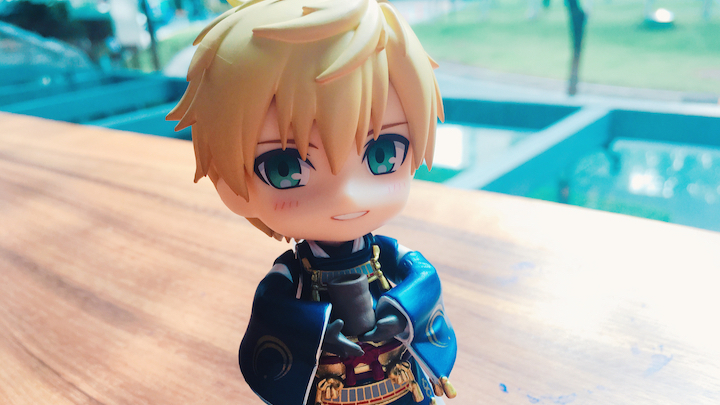 Nendoroids are extremely cute, and as a person with no self-control, I’ve ended up collecting quite a ton of them. After seeing my cousin and other people use their figures to do creative photoshoots, I wanted to do one for my collection as well. I’m not great at photography nor do I actually own a camera. Thanks to technology, however, I do have my smartphone to take photos with and mobile apps to use for editing! Here’s my short process in how I take my photos for my Instagram account dedicated to showcasing my growing collection of figures.

First things first — the location for the photos. I know that a lot of Nendographers (Nendoroid photographers) and figure photographers have miniatures — almost dollhouses/props but not quite — to use as a background or location or props for their figures. I don’t exactly have the time to make one, nor I don’t really have the budget for them at the moment. If I’m not going someplace nice, like a cafe, a hotel, beach, resort, anywhere, I normally go for downloading stock photos through this website called Unsplash. They offer free stock photos so you won’t have to worry about needing to pay licensing fees or whatnot. I set that as the background of my laptop’s screen and basically use it as my photoshoot space. 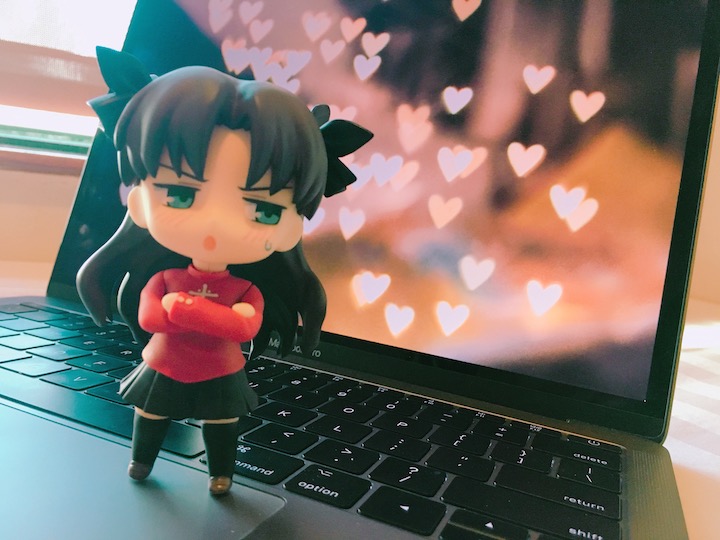 As an example, here’s Rin propped up on my laptop with a stock photo downloaded from Unsplash as a background. I usually have a foam board or a book for my Nendoroid to stand on to elevate them better with the background.

To take photos, I only use my daily driver, the iPhone 6S. Since I have this aesthetic feed style going on in my account, I usually shoot my photos in the landscape mode. Of course, you can shoot in any mode that you wish to do so — be it portrait, landscape, square, panorama, anything goes. I take numerous photos of my subject; it all depends on how I feel about the photo or if there are actions poses or faceplates that I want to shoot.

While the camera of the iPhone 6S is pretty good, sometimes I don’t like the outcome of my shots. When that happens, I use the app Foodie (Android/iOS) as its camera comes with quite a selection of filters. For my feed, I frequently use the Tropical filters, as it makes the colors look brighter and puts a tinge of pastel in my photos as well. If Tropical doesn’t suit the feel that I’m going for, I just end up scrolling through the options until I settle on one that matches the tone I want.

If I want to add additional colors or filters or if Foodie doesn’t give me the feeling that I’m going for, I use the app Pomelo (Android/iOS). While some filter choices need to be paid for, it offers a vast selection of free ones as well.

Once I’ve chosen a photo to post, I crop the sides out if there’s something in the background that I don’t want to get seen. Afterward, I use PhotoGrid (Android/iOS) to put white horizontal strips on the top and bottom of my photo to do that aesthetic feed style that I’m going for.

Sometimes, if I want to put text on the photo or stickers, I use either Line Camera (Android/iOS) or Photoshop Express (Android/iOS). Both apps also offer ways to edit your photos, either with filters, cropping, removing unwanted blemishes or dust, and the like.

After the entire process, I write a short caption, stick hashtags, and then  I upload it in my Instagram account dedicated to my figure photography. It sounded like a lot, but really, I assure you that they’re pretty simple steps, especially if you’re just a beginner or an amateur figure photographer like I am. I’m incredibly satisfied with the photos that I take, and I enjoy thinking of creative ways to display my ever-growing Nendoroid collection. One doesn’t have to have the most expensive or exquisite figures, be super amazing at photography, or have the best of the best devices plus tools out there. You can definitely get started in figure photography with what you currently have on hand as I do. All you need is your beloved figures, a smartphone, free apps, and a great mind to make your imagination come to life.

Have any other tips for figure photography? Sound off in the comments below!