Apple has unveiled a newly re-designed Macbook Air (2022) that also runs on the latest Apple M2 chip. The 2022 Macbook Air is also bigger with a 13.6-inch Liquid Retina Display due to the thinner bezels around it. The new design is more flat but Apple managed to reduce the overall volume by 25%. 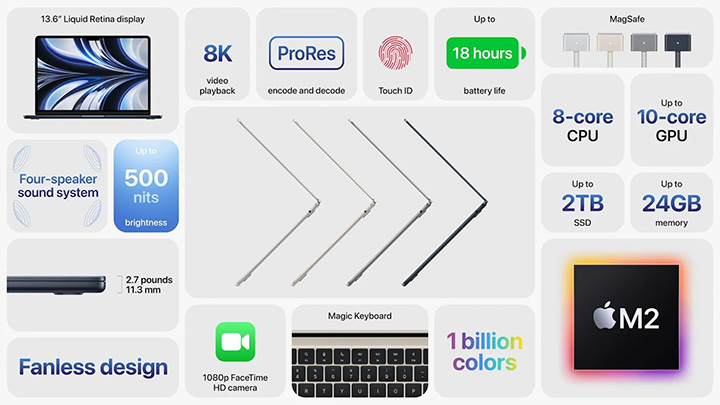 Apple is also reviving the Magsafe and it will be available on the new Macbook Air, plus the two old USB Type-C ports. The FaceTime HD camera has also been upgraded to 1080p.

Apple has set the release date of the new Macbook Air in the Philippines this July 2022. Price will start at $1,199 ($1,099 for Education) while the older Macbook Air with M1 will remain at $999 ($899 for Education). It will be available in 4 color options – Silver, Space Gray, Starlight and Midnight.