ASUS took us to their headquarters in Taipei, Taiwan for a first-hand experience of their newly-announced devices. In this article, we’re taking a look at the ROG Zephyrus G14, a gaming laptop with a slightly compact body, a 120Hz display, and a visual surprise on its lid. Check it out! 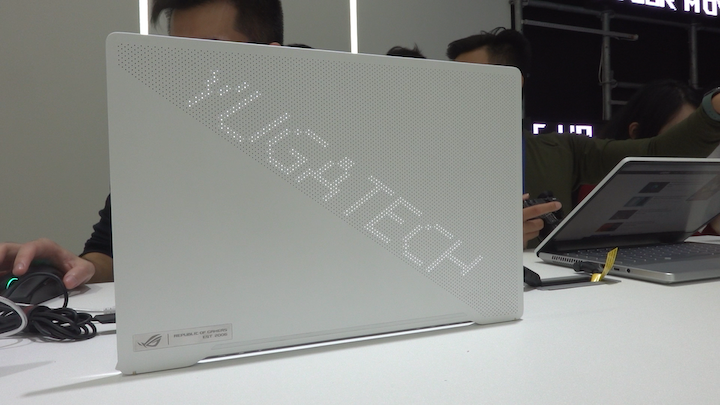 The lid of the G14 seems to be like another laptop out there, with its monotone color scheme in either Eclipse Gray or Moonlight White. While it looks common at first glance, upon closer inspection, one will see that the laptop sports an AniMe Matrix display. The lid has several mini-LED embedded in it where users can display custom graphics or animation. It’s honestly a delight to see things such as GIFs, words, and more animatedly moving on the lid. Touted as ASUS’s smallest gaming laptop, the ROG Zephyrus G14 comes with a screen measuring 14-inches. It has slim bezels all over the display. Strangely enough, the G14 is missing a webcam. For the display’s refresh rate, ASUS gives its users two options in the form of 60Hz and 120Hz. The 60Hz display has a WQHD resolution, while the 120Hz version has an FHD resolution. 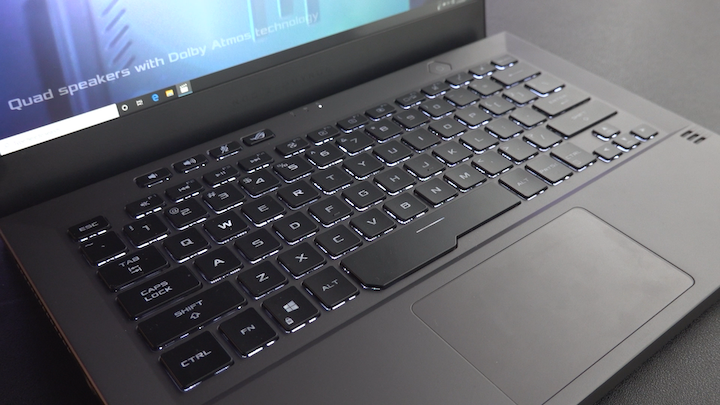 The lower half of the laptop houses the power button/Windows Hello fingerprint reader, keyboard and the trackpad. The chiclet keys are spaced out nicely and they’re a delight to type on. As for the trackpad, it’s not small but it’s not that sizeable either. We reckon ASUS had to trim down the trackpad, giving the compact size of this gaming laptop. Speaker grilles are located on both the right and left, just below the ends of the keyboard. 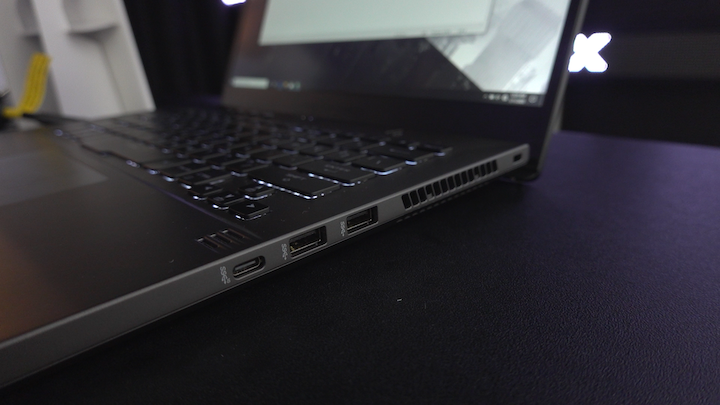 Situated on the right are another USB-C port, a heat vent, and a Kensington lock, and two USB-A ports. Located on the laptop’s rear are heat vents, as well as the Zephyrus branding. 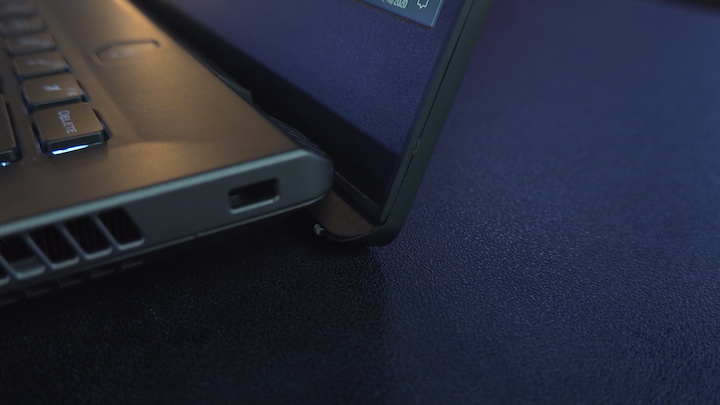 The hinge of the ASUS G14 is an ErgoLift hinge, allowing the laptop to tilt at an angle for easier typing. It also lifts the body from a surface, allowing air to pass through. 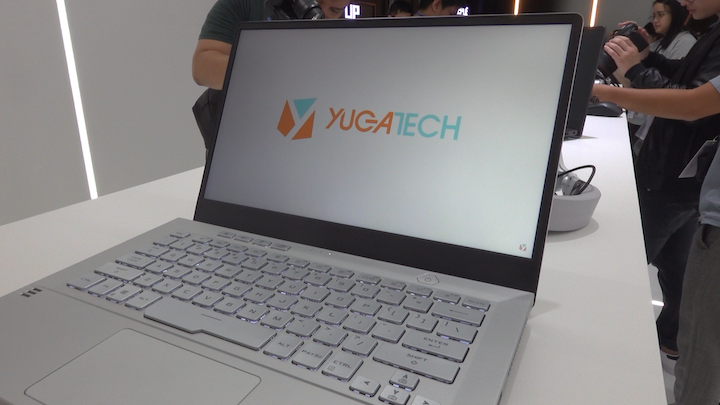