Acer announces the SRP of the Liquid X1, priced at $265

Acer announces the SRP of the Liquid X1, priced at $265

One of many new devices that we’ve had the privilege of getting an early look at during this year’s Computex is the Acer Liquid X1. During that time though, the 5.7-inch handset still doesn’t have a price tag, until recently when Acer finally announced that Liquid X1 will be retailed for NT$7,990 or a little under twelve grand in our local currency. 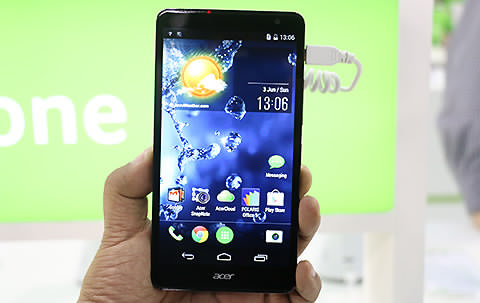 There’s still no word when will the new Acer Liquid X1 be available locally, but we’ll update this post once we heard anything from Acer Philippines. In the meantime, you can check out our brief first impression of this LTE-capable octa-core smartphone by heading over to this link.