Acer made a surprise announcement when they unveiled the Liquid X1, an LTE-capable octa-core smartphone powered by a Mediatek chip.

It was the first handset we looked for when we visited the Acer Booth here in Computex yesterday. The device wasn’t hard to find from the throng of other smartphones Acer had on display. 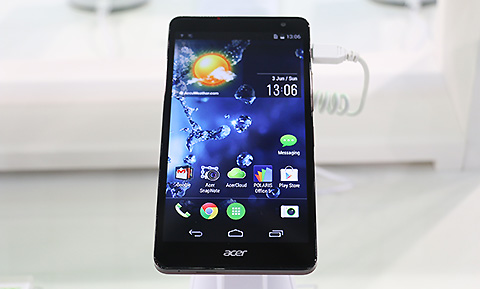 The handset looked pretty simple and plain and the size was just right on the hands, even with its 5.7-inch display. The front panel is all-glass that stretches from edge to edge.

The device is fairly slim with the back panel covered in rubber-like polycarbonate material with a dimpled texture, perhaps to provide better grip (a close likeliness to that of the Galaxy S5). 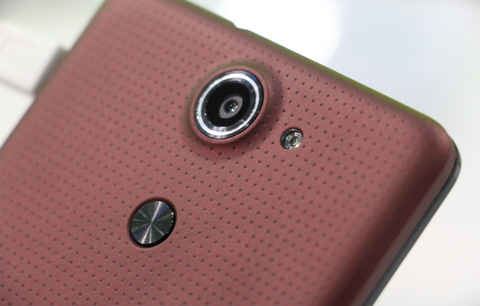 We aren’t sure what that small circular button just below the camera at the back.

The rear camera is touted to be one of the fastest on focusing-speed and wider aperture but we were not able to make any test shots and really tell the difference.

The UI is the same one used by previous Liquid smartphones though there were a few more features that got introduced lately, like Zoom Fit which allows you to resize the screen area to just 4-inches to make it more usable to those with smaller hands; and the AcerRAPID that allows for screen operation even when using a glove or if the display has been sprinkled with liquid. 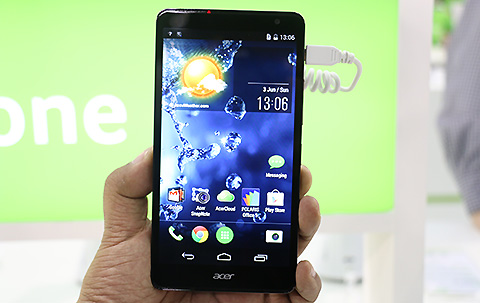 The Liquid X1 has some very good promise here and we thought the Mediatek chip with LTE-capability could help lower the retail price.

While Acer has not indicate the SRP, they mentioned the handset could be out by 3rd quarter of this year.