Alcatel Flash Plus in the flesh, first impressions

Alcatel Flash Plus in the flesh, first impressions

As the May launch of the Alcatel Flash Plus draws near, we’re still uncertain as to the final details of its arrival. Fortunately, we were able to snap a few photos and played with a sample unit a couple weeks back.

Originally released in China under a different name (TCL), the Alcatel OneTouch Flash Plus is a more beefed up version of the older Alcatel OT Flash with more RAM and storage. 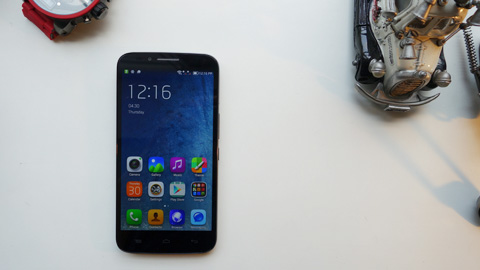 The Flash Plus is reminiscent of the OneTouch Idol series of Alcatel from many years back, only this time it is way bigger. It has a solid build quality with a toned down design, rounded corners and curved edges.

The front panel is fully covered with Dragontrail Glass with the backlit navigation buttons found at the bottom. The bezels are a bit thick, perhaps almost similar to the 3.1mm of the Zenfone 2. 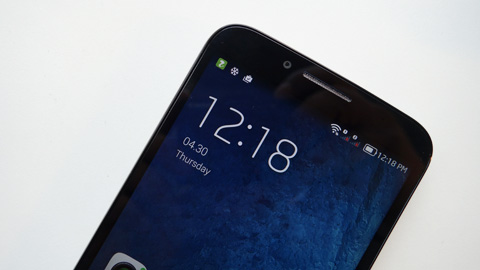 The back portion is flat, with a smooth matte finish in light gold tone. The rear camera protrudes just a tiny bit from the surface with a single LED flash just below it along with the OneTouch logo.

The loudspeaker is at the very bottom end, the volume controls on the right side and power button just below it. 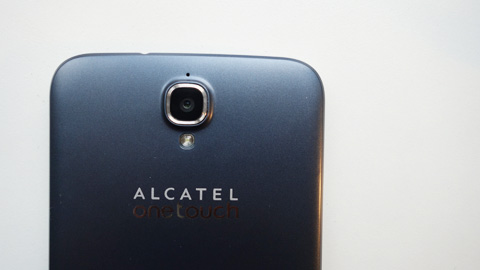 Alcatel’s own UI looked simple and flat with no app drawer to speak of, just a bunch of folders to organize the apps by category. This implementation is similar to the Emotion UI of Huawei. With a 64-bit octa-core processor and 2GB of RAM, the device feels very snappy and responsive. Initial shots we took using the camera showed good results.

I am told that the unit will come with Kitkat right out of the box but will probably be getting Android 5.0 Lollipop a month or two after. So far we’ve already confirmed the hardrware specs below. 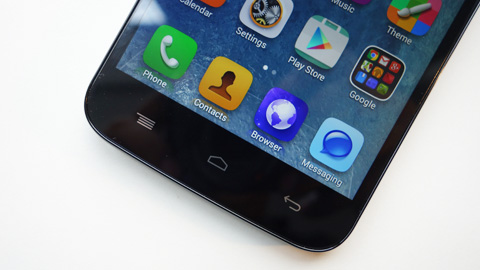 The Flash Plus uses a Mediatek MT6752 which is a 64-bit octa-core 4G LTE chip based on the ARM Cortex-A53 processor with ARM Mali-T760 graphics. It has a maximum core speed of 2.0GHz but in the case of the Flash Plus, they underclocked it to just 1.7GHz to allow for better battery efficiency. 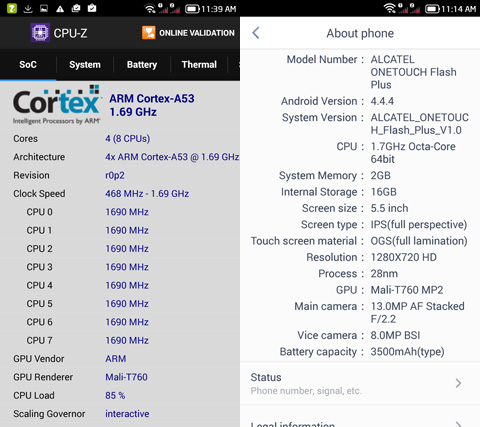 Our benchmark results showed really good scores with Antutu putting the top marks at 43,519 and Quadrant at 20,249 (more results here). 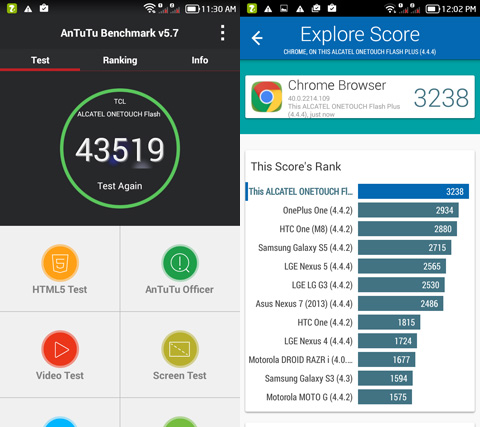 Our discussion with Alcatel representatives pegged the price at Php6,990. It will be available in both slate and gold colors.

Update: Lazada will be selling the Flash Plus exclusively starting May 15 with a suggested retail price of Php6,490 for the 16GB slate color variant.