DXOMark has released its camera review for the Apple iPhone 13 Pro with an overall camera score of 137 points. The smartphone is the fourth placer in the DXOMark ranking for 2021, next to the Huawei P50 Pro, Xiaomi Mi 11 Ultra, and Huawei P40 Pro+. 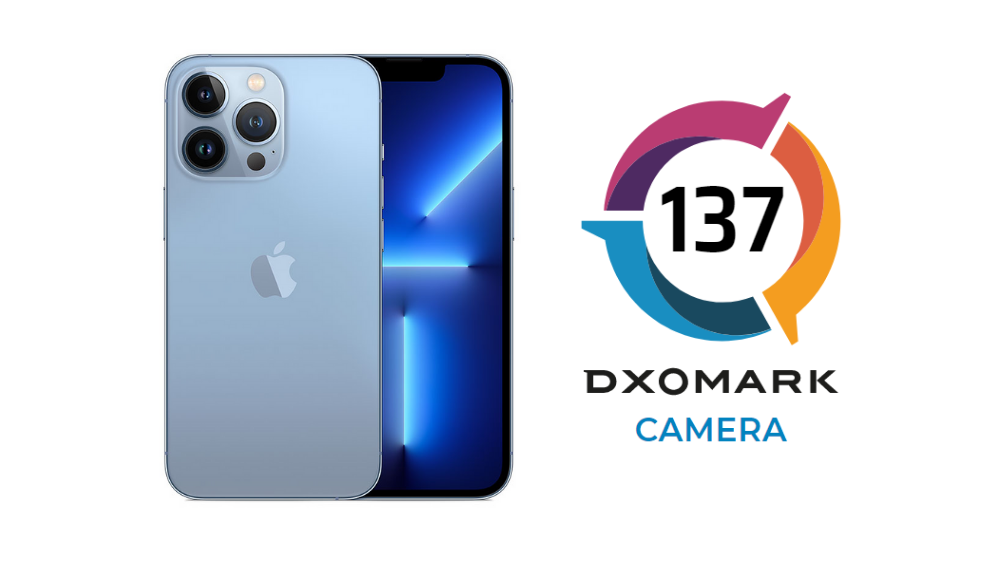 The iPhone 13 Pro is the second model from the top in Apple’s 2021 iPhone line-up. The main difference to the iPhone 13 Pro Max is the smaller 6.1-inch Super Retina XDR display (compared to the Pro Max’s 6.7-inch). However, both models are powered by Apple’s latest A15 Bionic chipset and have up to 1TB of internal storage.

Its camera is equipped with primary, ultra-wide, and telephoto modules. The cameras have 12MP sensors, a 26 mm-equivalent ultra-wide lens, and a 77 mm telephoto lens.

With a Camera overall score of 137, the Apple iPhone 13 Pro mingles among the very best devices in DXOMark’s camera ranking. It also replaces the iPhone 12 Pro (with 128 points) as the best Apple device in its database. In addition, the iPhone 13 Pro receives 144 points for Photo, 76 points for Zoom, and 119 points for Video. 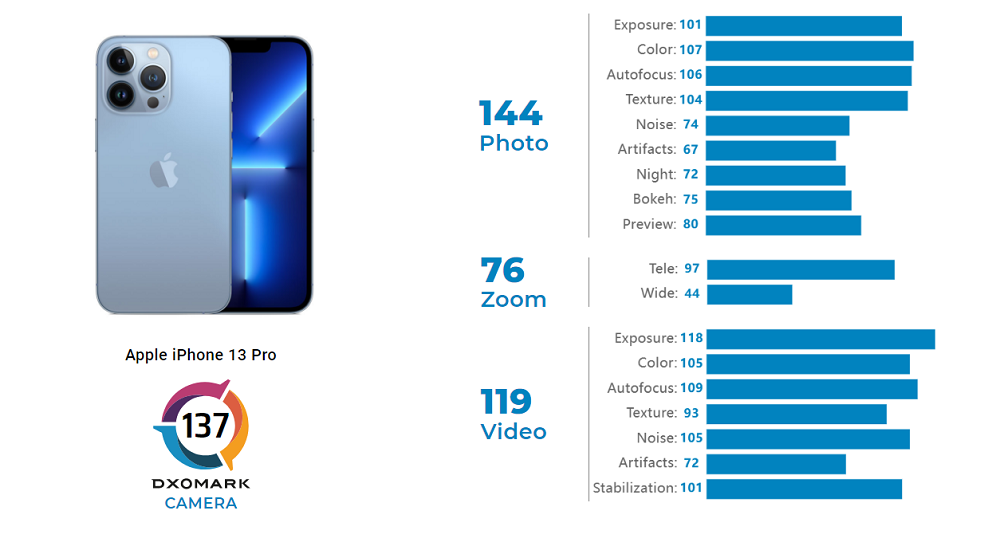 The report shows that the iPhone 13 Pro’s overall Photo performance is quite similar to the 12 Pro but with improvements in several areas. DXOMark noted that its color and contrast have improved backlit portraits and images showing higher detail levels, especially when shooting under typical indoor conditions.

Further, the smartphone’s Zoom performance has also improved over the 12 Pro with its longer 3x optical zoom versus 2.5x on the older model. However, for Video, the iPhone 13 Pro also delivers several improvements in key areas. DXOMark also mentioned that its “tone mapping instabilities” that were very visible on the iPhone 12 series model have been fixed, and exposure is now generally very stable.

“Overall it’s fair to say Apple has managed to get the most out of its imaging hardware as most higher-positioned devices in our ranking come with larger and higher resolution sensors in their primary cameras.”