Apple has taken the wraps off the next-generation smartphones in the company’s new Steve Jobs theater in Apple Park, California, starting off with the new-generation iPhone 8 and 8 Plus. 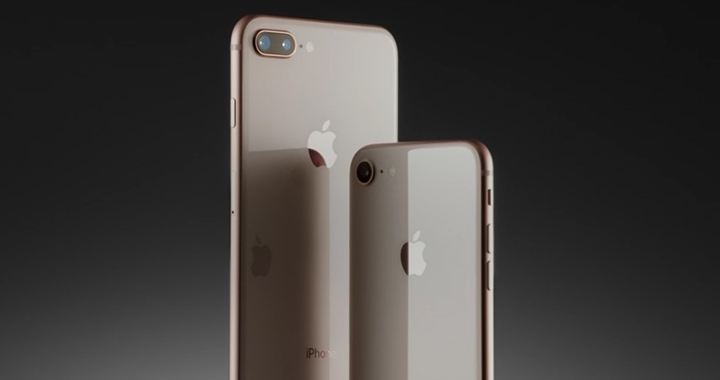 These new iPhones in Silver, Space Gray and Gold colors have an all-new engineering design that enforces glass at the back. 3D Touch is now enabled all throughout the display, which can further extend the functions on the device while still keeping its water resistance.

Apple’s new-generation iPhones are powered by an A11 bionic chip: a six-core CPU, including two high-performance cores, which are 25 percent faster than the A10. The four high-efficiency cores are 70 percent faster than the A10. For the first time, Apple is also including a three-core GPU which is optimized for Apple’s Metal 2 graphics framework, and an ISP for lighting.

The new iPhone cameras on the 8 Plus feature two 12-megapixel cameras with all-new sensors and have a low sensitivity of f/1.8 and f/2.4, while a single 12-megapixel shooter still rests upon the iPhone 8’s back. Apple touts that these cameras put in more light, and deeper pixels, all while being more power-efficient and AR-friendly. Video capture is also updated — the company touts that the new iPhone can now record Full HD clips at up to 240 frames per second. 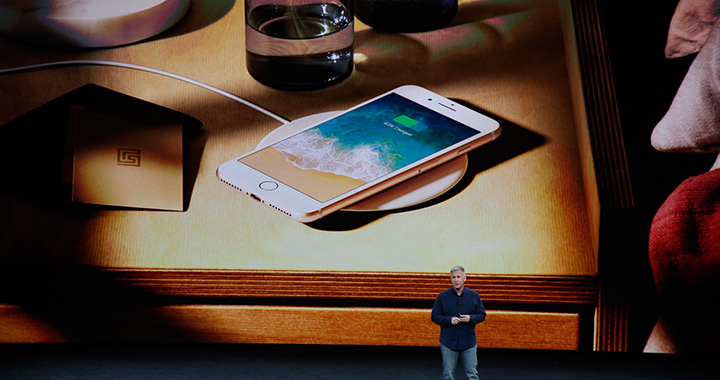 These new devices will be the first of Apple’s smartphones to support Qi wireless charging, which enables the phone to be supported by a lot of third-party manufacturers who already have wireless charging docks available. 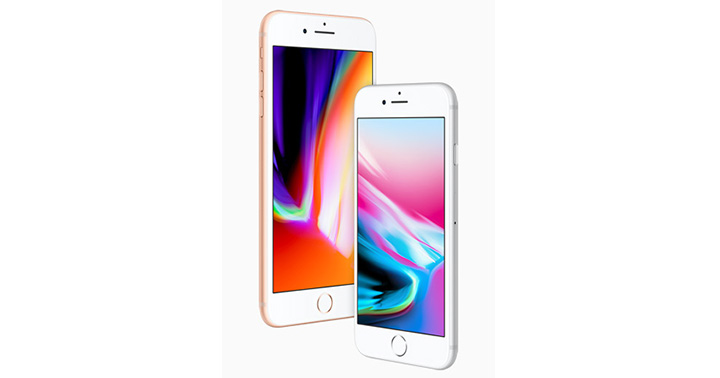