Apple has released the first iOS 11.3 Developer Beta today after publishing a press release for the next major update with new features to come, including new Animoji, health records in the Health app and a toggle for disabling processor throttling and slowed performance in iPhones. 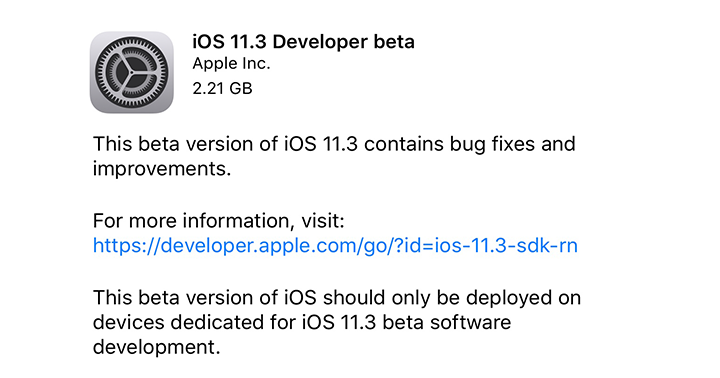 A toggle to disable performance throttling on affected iPhones with older batteries will be in a future beta, and battery health stats will be added as well. To install the beta, install an appropriate Apple configuration profile for your iOS device from the company’s portal for developers, then restart the device and go to Settings > General > Software Update and install the iOS 11.3 beta over the air. Check out our guide on how to get and install a beta profile here.