Last month, Cherry Mobile released a value-packed smartphone in the form of the Aqua S9 Max. It offers users a 6.53-inch FHD+ display, Helio G90T chipset, quad-rear cameras, and a large battery. This is probably the most exciting smartphone the company has launched to date. Could this be one of the best smartphones under PHP 10K? Let’s find out. 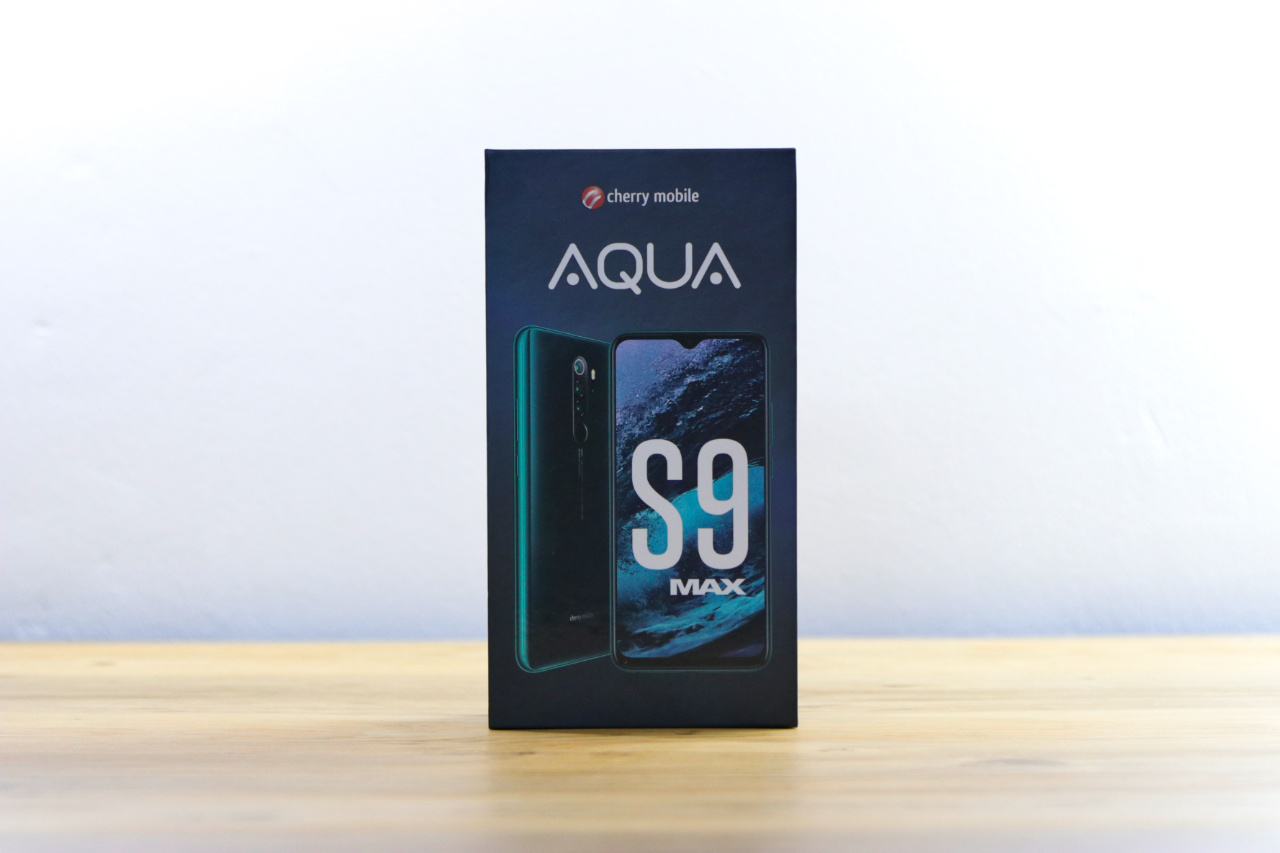 One of the first things we noticed about the Cherry Mobile Aqua S9 Max is its premium design. It sports the Jade Green color with a metallic frame and 3D curved back panel that shimmers depending on the angle and light. 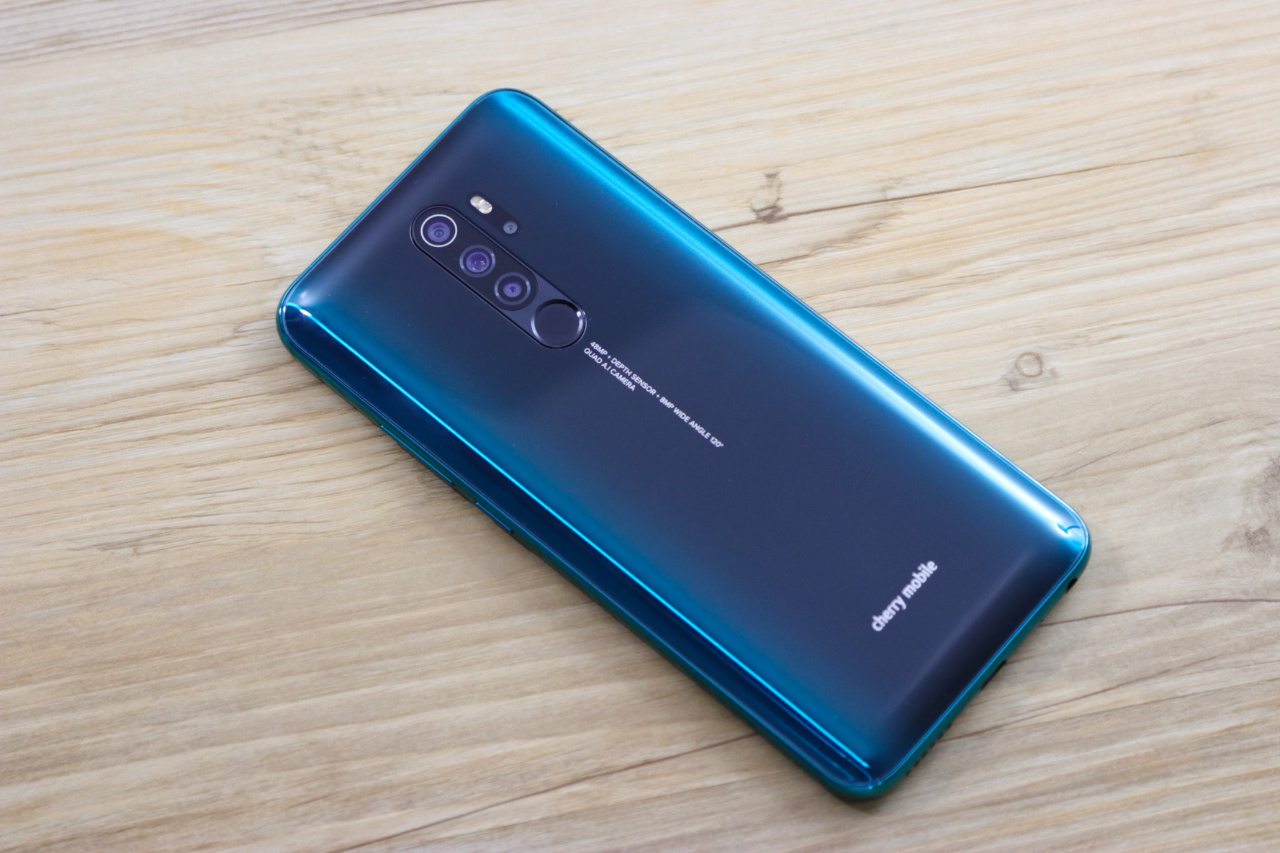 The front houses the 6.53-inch Full HD+ TrueView display. Placed above it is the teardrop notch for the 32MP selfie camera. Placed just above it in the bezel is the earpiece. On the right, we have the power/lock and volume buttons. The former has a rough texture, while the latter is smooth. Both are firm yet clicky. We have the triple card tray for the dual-nano SIM cards and a microSD card on the left. 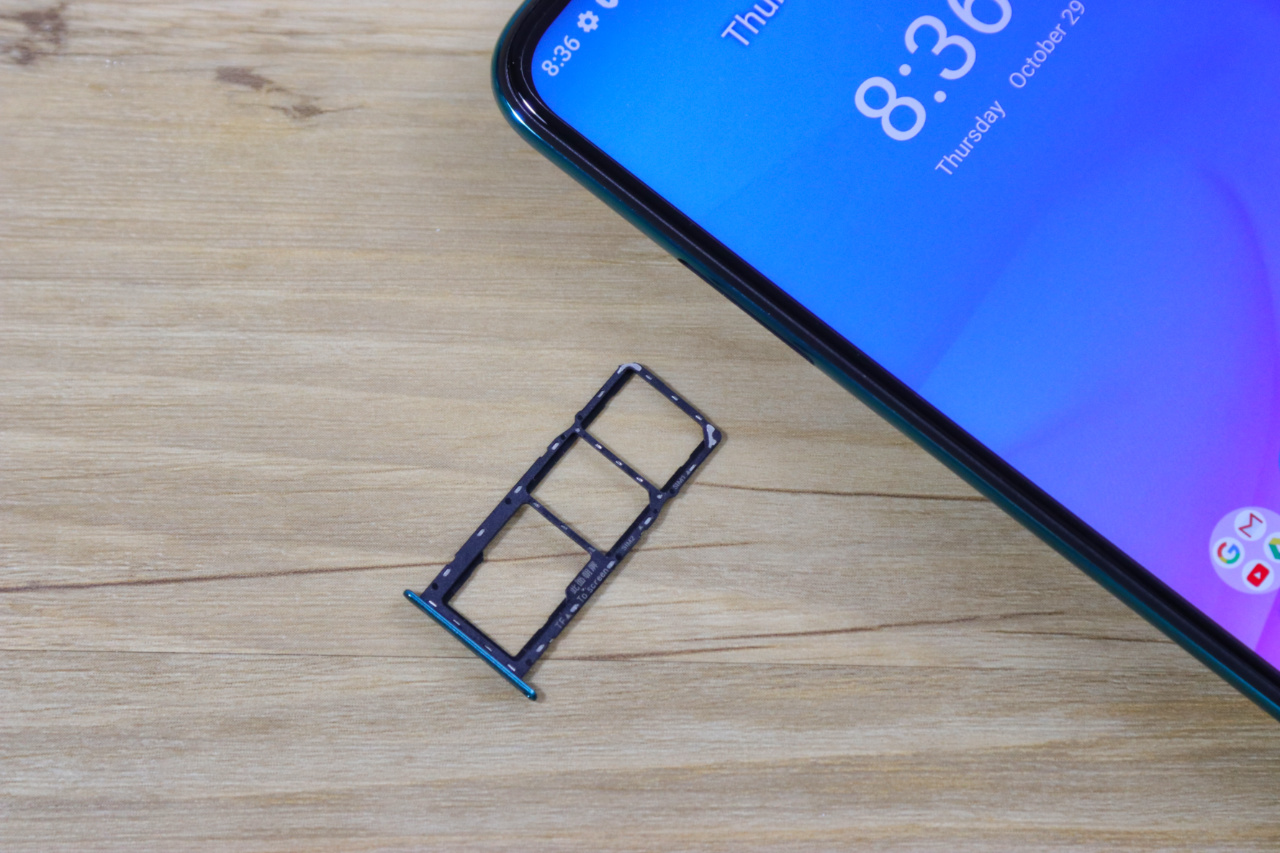 Up top, we have the secondary microphone. Down at the bottom is the 3.5mm headphone jack, USB-C port, and loudspeaker. 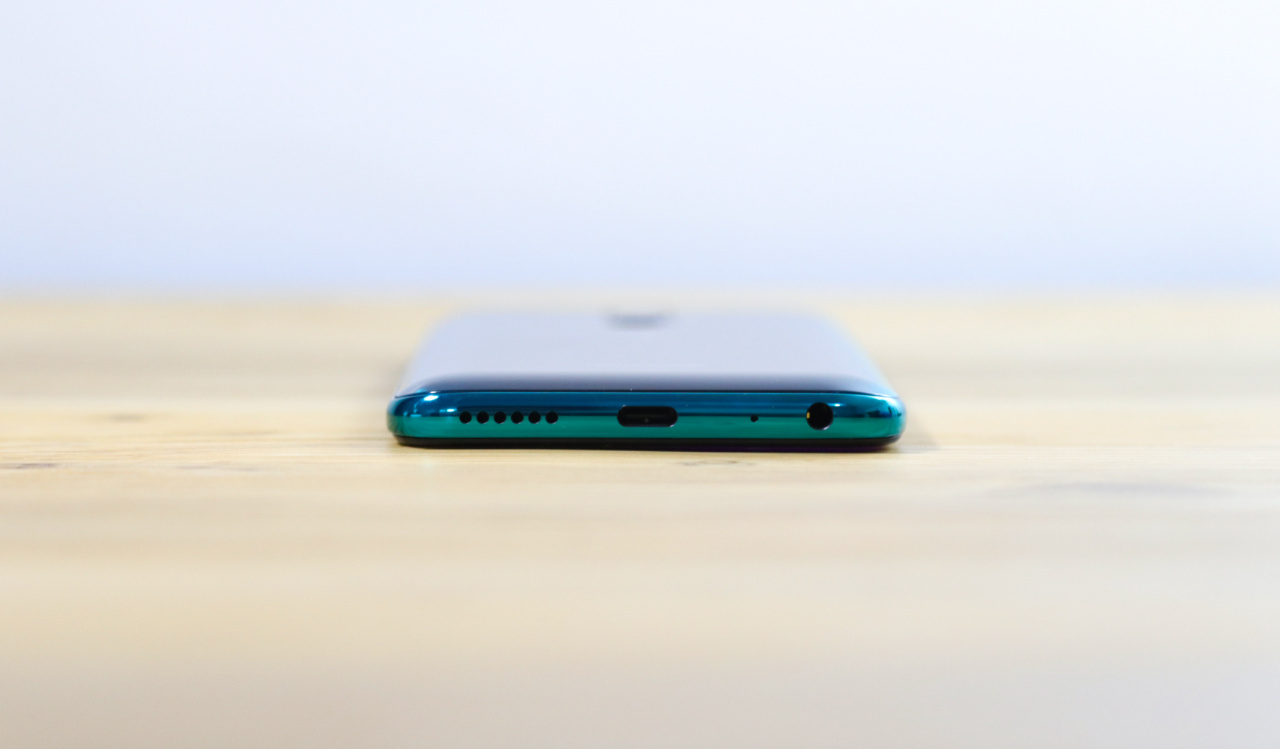 At the back, we can see the quad-cameras consisting of a 48MP Sony IMX582 main, 8MP ultrawide, 2MP depth, and 2MP macro. Also found here are the fingerprint scanner and the LED flash. 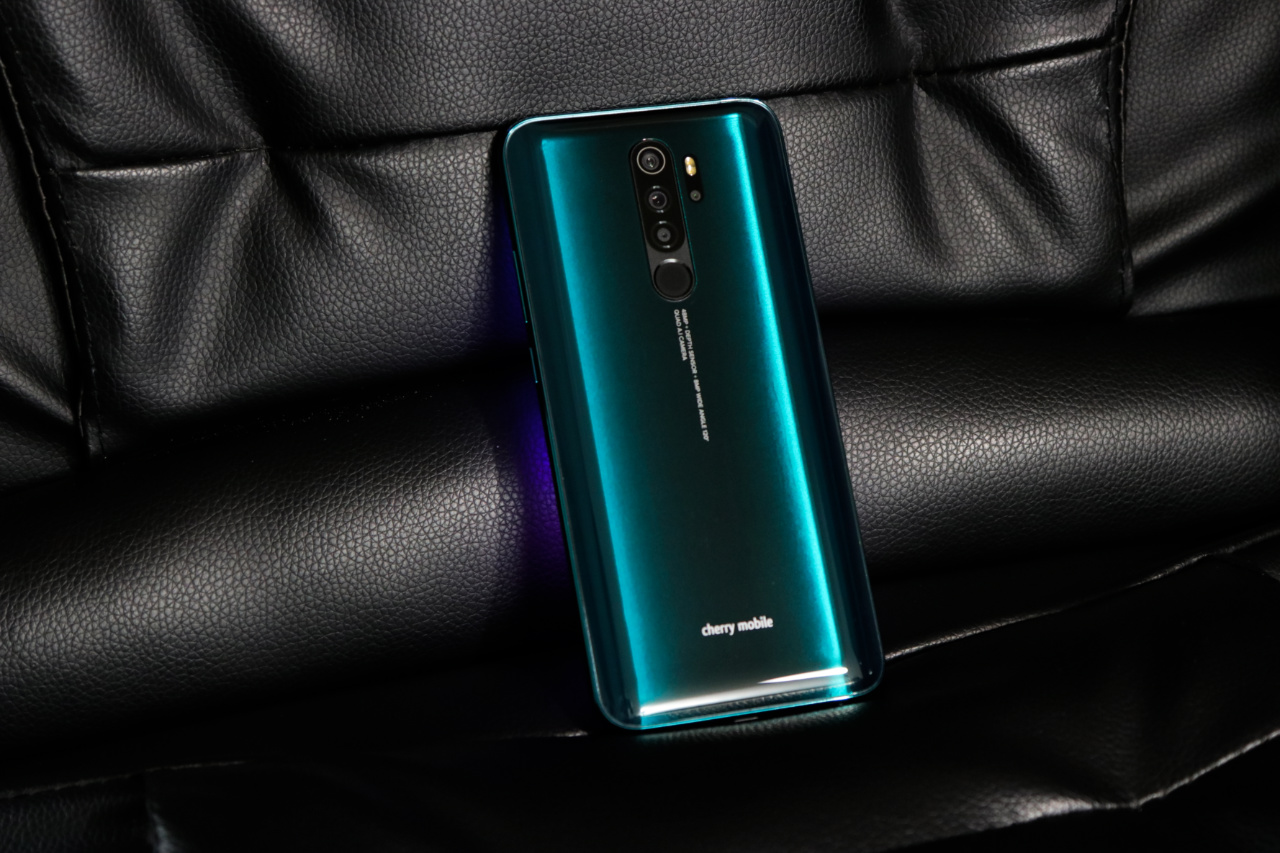 In the hands, the Cherry Mobile Aqua S9 Max feels relatively light despite the large 5,130mAh battery. The curvature in the frame and the back panel makes it comfortable to grip. However, the tall frame will require two-handed navigation, especially for those with small hands. Cherry didn’t include a jelly case, but it has a screen protector pre-installed, and tempered glass is already included in the package.

The 6.53-inch display with FHD+ resolution is immersive enough for watching videos and playing games. It’s bright; the colors are also rich and accurate, while viewing angles are wide. The bezels, though, are quite thick, which is noticeable if you’re used to smartphones with really slim bezels, but it doesn’t hinder the viewing experience, and you’ll get used to it over time. 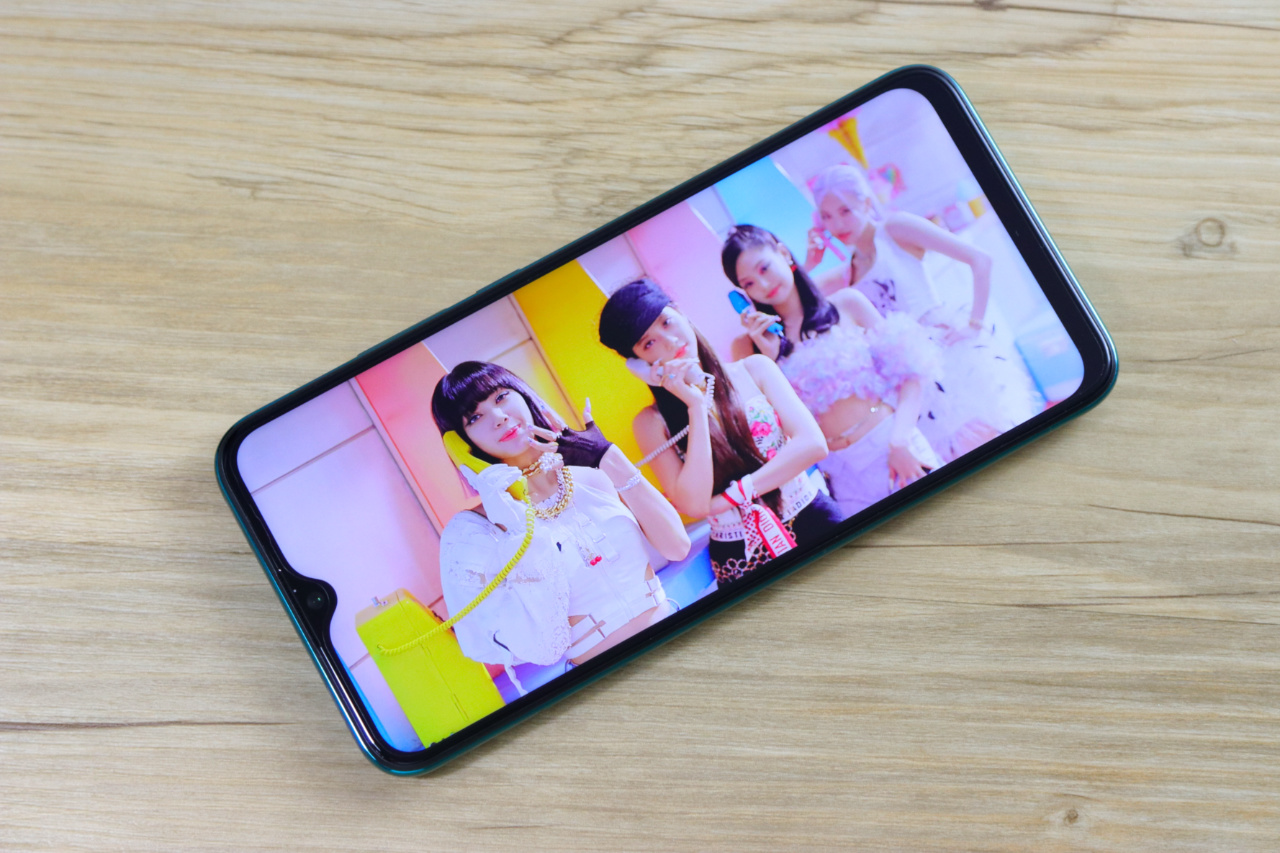 Audio-wise, it has a single down-firing loudspeaker. It’s loud and crisp but produces distortion in higher volumes. However, it’s good enough for casual listening or voice calls as vocals are emphasized. If you want a better listening experience, you can connect your favorite wired headphones via the 3.5mm audio jack.

2020 has brought a lot of compelling smartphones under this price range. However, it’s still uncommon to see models with good cameras. So, we’re quite elated to see the Cherry Mobile Aqua S9 Max capture outstanding photos. 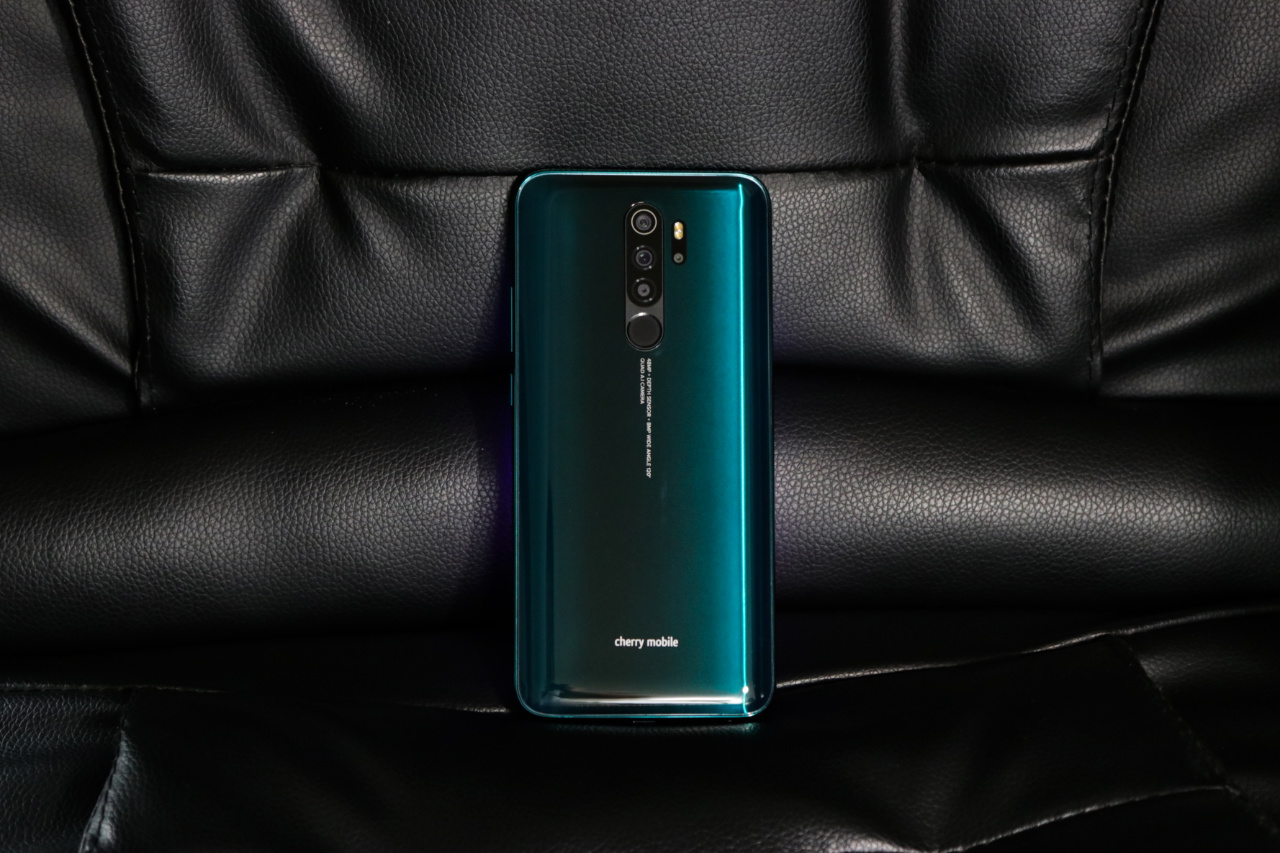 The main camera images have punchy colors with sharp details and good contrast, especially in bright conditions. Low-light shots appear softer, but it was able to preserve the colors. On the other hand, ultrawide shots are less sharp and subdued colors but still very usable. Selfies are also sharp and vibrant with nice beauty effects, although some shots focused on the nearby background instead of the subject’s face.

When it comes to video recording, it can shoot up to 4K resolution at 30 fps. Quality is decent but still prone to shakes and doesn’t allow you to change to a wide-angle lens.

Software-wise, the Cherry Mobile Aqua S9 Max runs on Android 10 with Cherry Mobile’s light custom skin that looks almost stock but quite outdated. It’s not a major issue, though, as you can download a launcher from the Play Store and tweak the interface. Cherry Mobile also didn’t include bloatware or a lot of preinstalled apps. We have the usual Google apps and the phone’s stock apps like Children Space and Game Space. 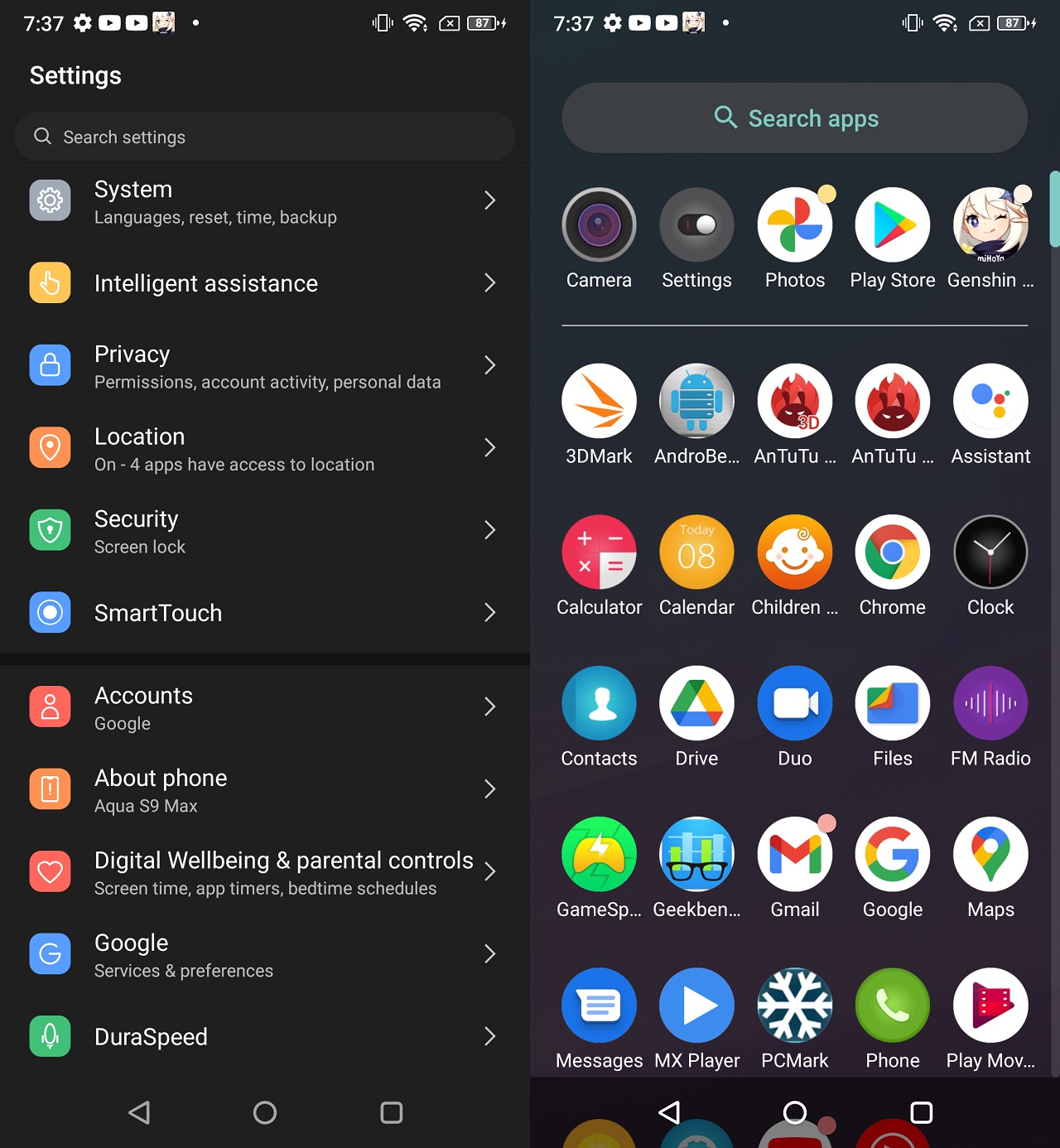 Storage-wise, you’re getting a 128GB of storage space, which is enough for most users. You can further expand it, though, with a microSD card via its dedicated slot.

Powering the Cherry Mobile Aqua S9 Max is a MediaTek Helio G90T chipset, with 4GB RAM and Mali-G76 GPU. The configuration is powerful enough to run all the tasks we threw at it without stuttering, including gaming with Genshin Impact in Low to Medium settings. So, if you’re a light to a moderate gamer, this phone should be able to cope. Check out the benchmark scores below: 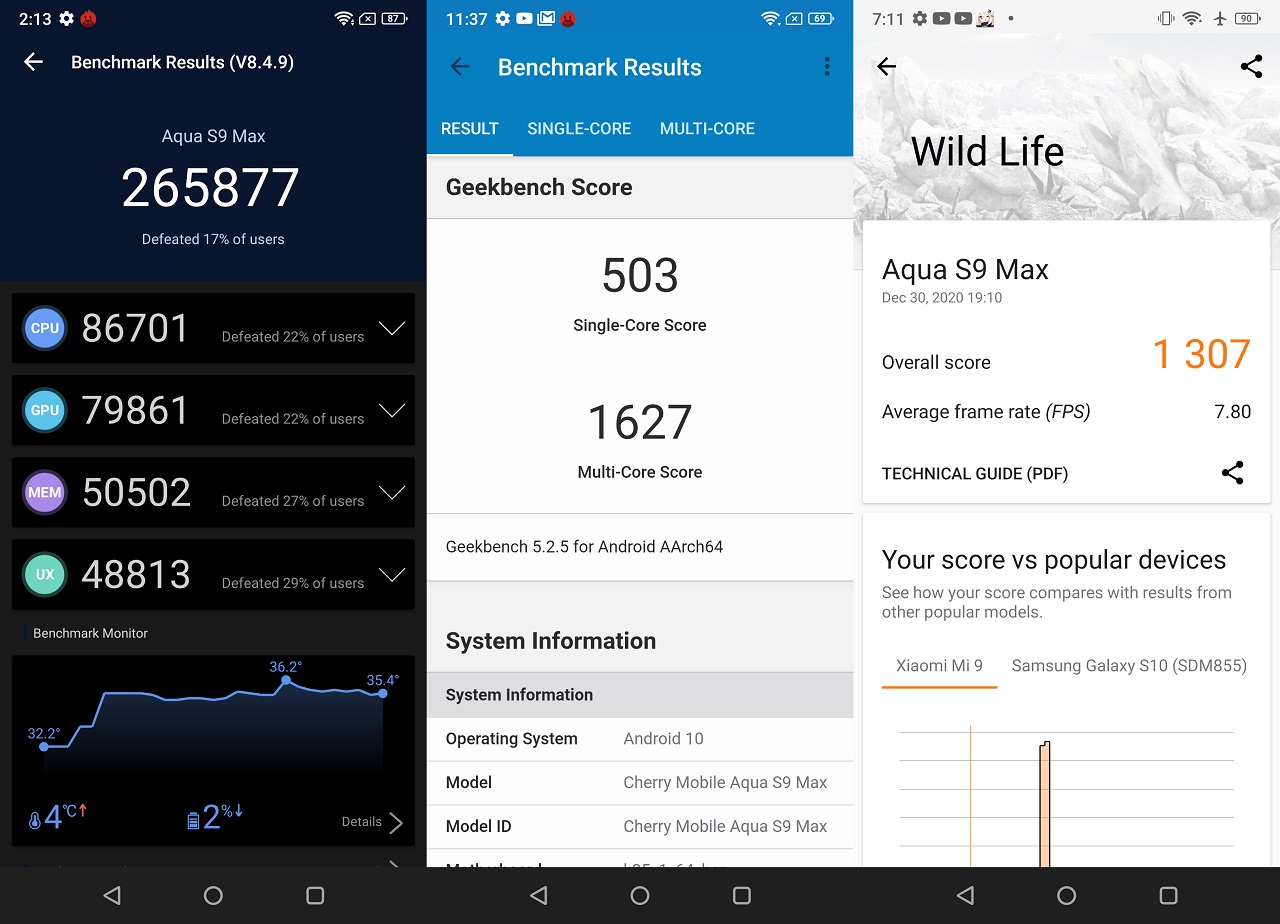 We have the usual connectivity features on the Cherry Mobile Aqua S9 Max, including dual-SIM support, 4G LTE with VoLTE support, and WiFi 5. There’s Bluetooth, of course, but the version was not disclosed.

When it comes to the battery, we have a 5,130mAh capacity, which is huge. We can easily make it last 2 days of light to moderate use. PCMark’s Work 2.0 battery bench rated the battery life at 8 hours and 18 minutes, while our video loop test yielded 15 hours and 7 minutes of playback. We were expecting a bit more, but it’s not bad. There’s 18W fast charging, although I think it would have been nicer if a reverse charging feature is included as well.

The Cherry Mobile Aqua S9 Max is priced at PHP 9,999, a strong offering considering other devices with similar specs cost a couple of thousands more. And for that price, you’re getting a device with a nice design, good cameras and performance, and long battery life. So, if the budget is tight but you need the performance, we highly recommend this phone. It’s easily one of the best sub-PHP 10K smartphones on the market. 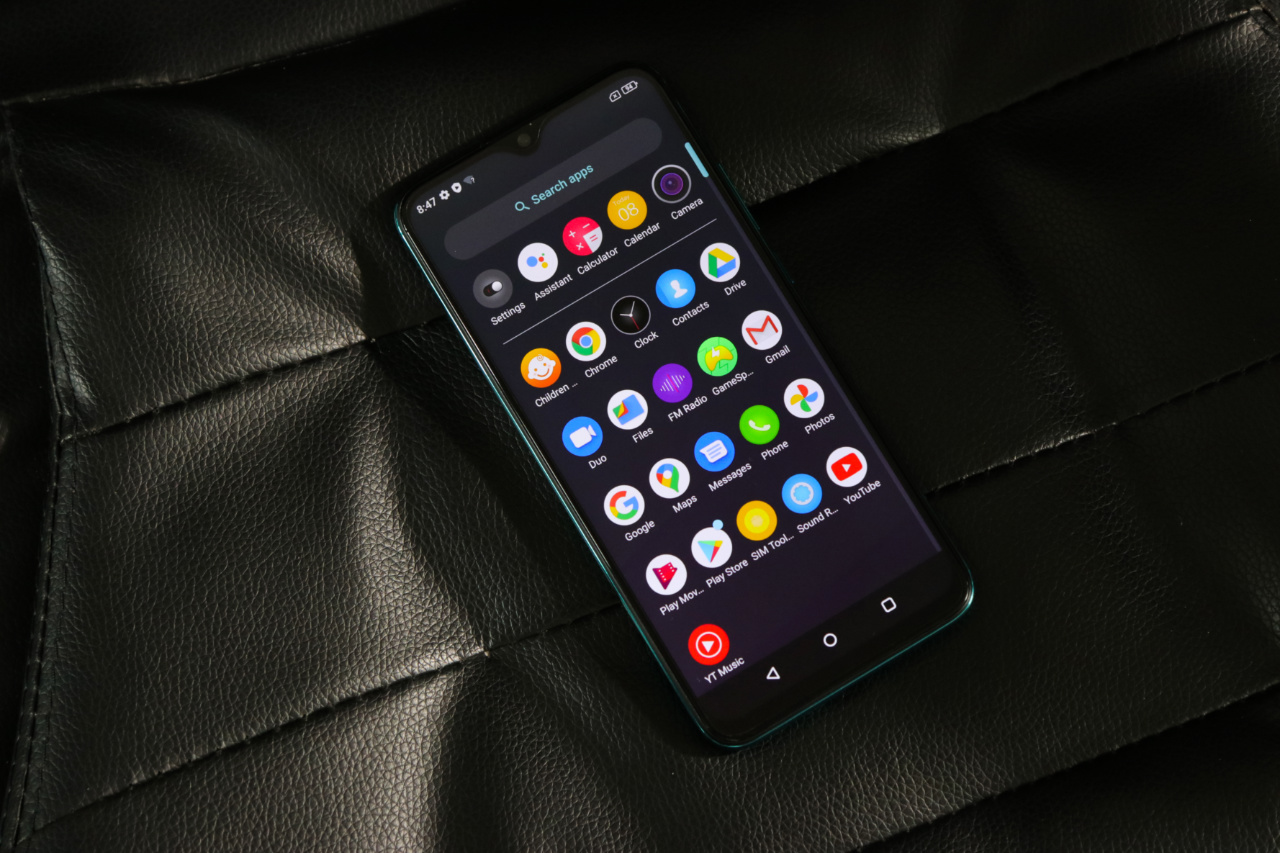