Cherry Mobile has announced a new line of Flare flagship devices last October, and the Flare S6 is poised as the to-go device for those on a budget with stacked internals at a Php4k price. Is it the budget device worth getting this holiday season? Here’s our full review. Made available in stores last month, Cherry Mobile has claimed to have sold 300,000 units of this device, after which the company celebrated by releasing a limited red variant. It’s also one of the most affordable devices that sports a Type-C USB port to date. 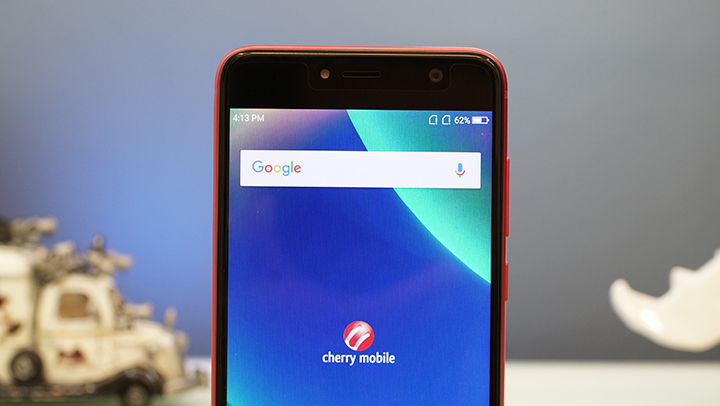 The Flare S6 seeks itself to be a premium-looking device in the sea of budget smartphones, and it proves its point: the design is seen to be from those of smartphones in the mid-range segment with a look often only seen on mid-range devices. The front design, in black, is laden with an eight-megapixel selfie camera, the usual front sensors, and the 5.2-inch display, coupled with the non-illuminating capacitive keys at the bottom. These are all covered with a 2.5D glass that’s quite a joy to navigate with. There’s no mentioned protection here, but Cherry Mobile has pre-installed a screen guard on the phone. 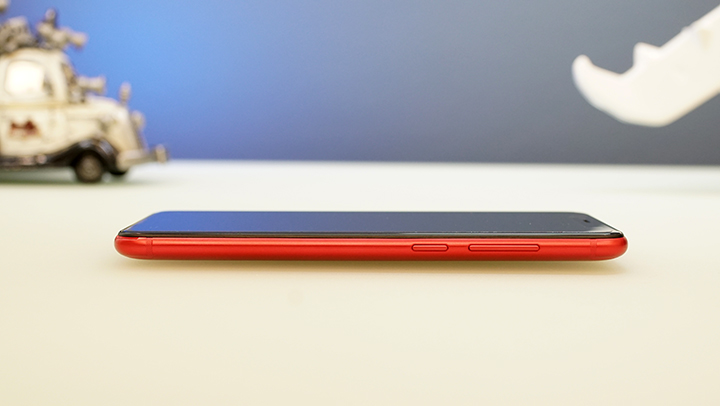 A red unibody shell completes the two-tone characteristic of the device. The right side of the device houses the volume rocker and the power/lock button, while the left side is devoid of any buttons. 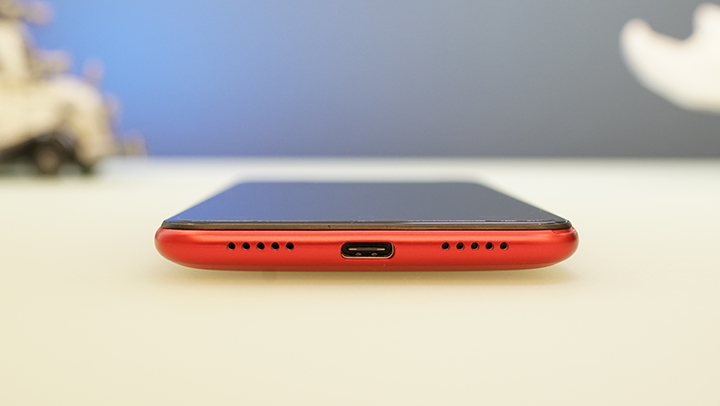 There’s the 3.5mm audio port up top, while the USB Type-C port and the mono speaker are placed at the bottom.  It also has two sets of speaker grilles. 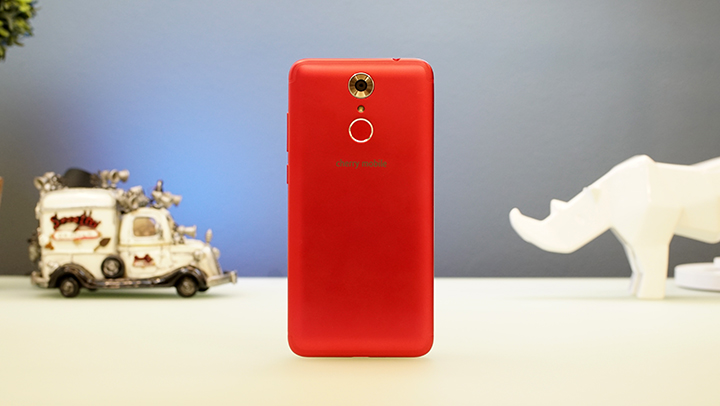 As you flip the device at its back, we have the 13-megapixel rear camera that protrudes by a centimeter from the back casing. As such, you’d notice this when you look up atop and can suffer a bit of a beating with more possibilities for scratches on the glass cover. There’s also the accompanying LED Flash, the Cherry Mobile logo, a fingerprint scanner, and two patterned, embossed lines at the top and bottom parts which shouldn’t hamper signal reception so we think that this is just a design to make it look more like the devices in the upper ranges. All of these are placed with the sophisticated-looking matte polycarbonate back that repels most smudges and grime. Two micro SIM cards and a dedicated microSD card slot are available once you remove the unibody shell. The battery’s non-removable, though, as it’s been secured with screws.

Despite bearing similar characteristics to similarly-priced handsets — it’s a bit heavy compared to other phones and the polycarbonate shell can be removed to reveal the card slots — the Flare S6 is a good-looking device. It’s pretty, it’s something that can be held well with one hand for navigation, and the keys are accessible no matter which hand you use. The fingerprint scanner placed on the back is also a treat as it’s good ergonomic-wise.

The Flare S6 sports a 5.2-inch IPS display that extends directly to the sides without any black borders. It bears an HD resolution and a 16:9 aspect ratio, giving it a 282 pixel-per-inch density that’s reasonable for everyday use. Its brightness is good as it’s still usable when viewed outdoors, and dark enough for bed reading when set at the lowest point. The display also produces vibrant colors with decent contrast, comparable to my daily driver. We have dropped this a few times and have not experienced scratches or dents, but the pre-applied screen guard suffers from a lot of scratches even when just placed in your pocket. 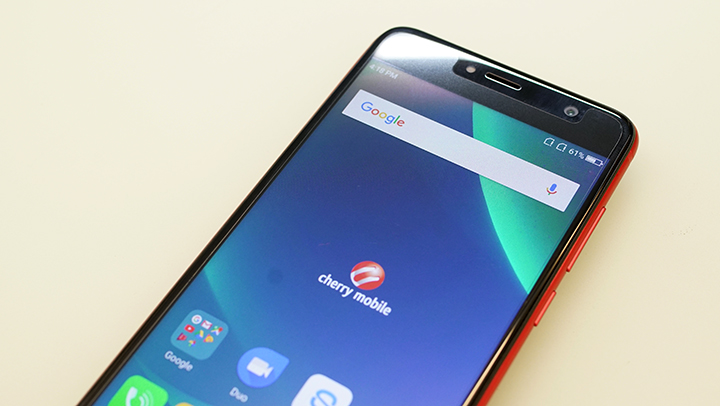 Sound quality is decent with average loudness (around 77dB), decent bass and treble and doesn’t crack up when the music is set to the highest volume. Decent music can also be heard from its 3.5mm audio port as we’ve not had any problems with the assortment of headphones and ear gear we have. 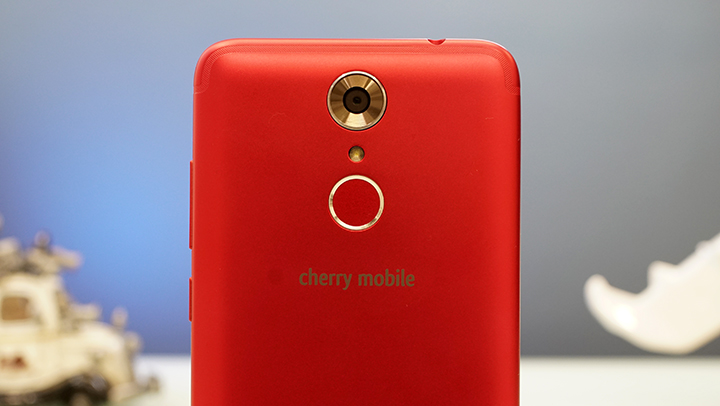 The cameras built in this smartphone is good for a budget phone. A customized camera app provides options for different modes including FaceCute (similar to real-time facial effects in Snapchat, Instagram, and Facebook), portrait mode, beauty mode, an expert mode for manual shots, real-time filters and time-lapse effects. 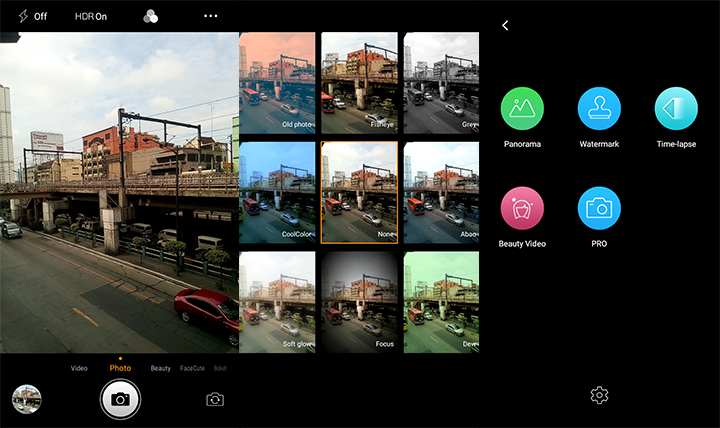 The 13-megapixel rear camera produces photos with good colors and decent contrast and sharpness, although low-light scenarios are far from perfect. The camera’s focus tends to whack out in macro shots, especially on dark scenarios, and its ‘Pro Mode’ only offers tweaking controls such as ISO and exposure. The 13-megapixel front camera, on the other hand, is decent for quick selfies but isn’t anywhere near the quality of the rear one. There’s also a dedicated LED flash to help in low light scenes. Here are some sample shots:

Likewise, videos have the same saturation and overalls as it does with photos, but lacks the focal lock as it refocuses when you move the camera. Videos are also regulated and can only be produced in 720p. Here’s a sample clip:

Cherry Mobile introduces its first customized UI simply called the Cherry OS, and it’s not something that one would take a huge learning curve to get used to, In fact, it still retains the look and feels of stock Android but with added customizations. It’s worth noting that there are also pop-up ads that appear every now and then when you browse the phone. 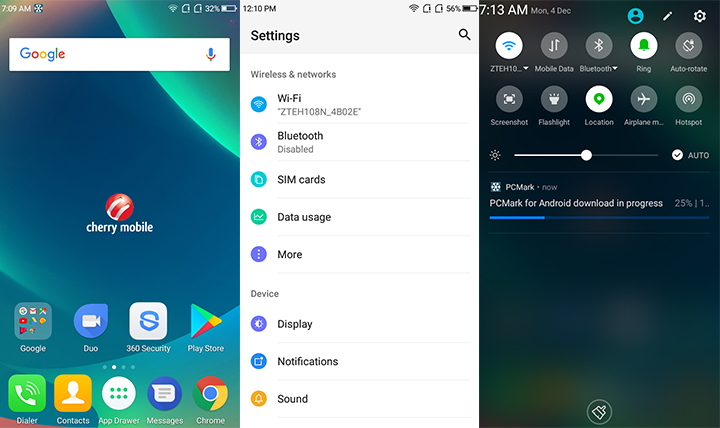 Several added features include a setting dedicated to permissions, breathing light, and better app management system which we’ll discuss later on in this review. There’s also an option to change your phone time (the default theme’s icons are very reminiscent of Apple’s), speed your phone up with a tap, freeze seldom-used apps to save power, and clone messaging and social media apps to have multiple accounts.

Speaking of apps, a lot of them are pre-installed and can be used from the get-go, and those include Cherry Mobile’s own homebrew apps including Cherry Fun Club, CPlay, MovieClub+, and Info Center. Installed system apps include Privacy System, App Cleaner, Health Guard, a plethora of Google apps, and others such as 360 Security and Uber. Those account for 695MB of storage and leaves only less than 8GB out of the 16GB available for the user to install additional apps and for files.

Armed with 2GB RAM and a 1.3GHz quad-core chip, the Flare S6 is capable enough to multitask given that the CherryOS provides a better app management system — it freezes apps on the background after being inactive for a certain period of time, and focuses its resources more to those are that are often used. As such, we haven’t had moments of stutter and lag, save for a few app crashes here and there which were quickly resolved by just reinstalling and setting specific permissions for them. 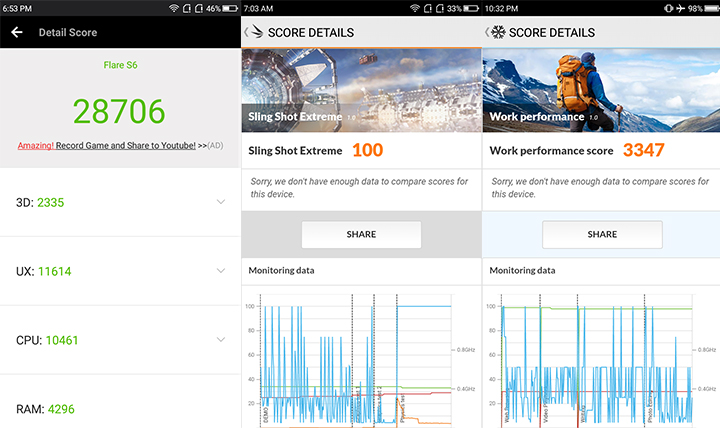 As for gaming, the device can play casual games such as Zombie Tsunami and Temple Run decently without any stutters. Intensive titles such as Asphalt 8, on the other hand, could take a few skipped frames and delays, which would go worse if you run multiple social media apps in the background. Here are some benchmarks results:

Calls made using the Flare S6 are decent with a good audio reception and more than reasonable microphone quality. Signal wasn’t an issue as well and can quickly capture LTE signals without any hassle, provided the area is supported for such. Other connections work great as well — WiFi works pretty good and can still be available despite being a bit distant from the router, Bluetooth connection is good for sharing and wireless listening, and GPS isn’t much of a worry.

There’s also USB Type-C which is one of the first for a device in this price range, and it’s quite fast especially when connected to a computer for data transfers. The fingerprint scanner, on the other hand, offers saving up to five different fingerprints for easier unlocking. The Flare S6’s strength, despite the price and the seemingly measly 2,600mAh capacity, is its battery life. Believe it or not, the smartphone is well-optimized and could take a better beating on daily tasks, thanks to a better battery management system that lets you choose between three sets of modes that could further extend your phone’s juice. By default, the device is set to Smart Power Saving mode, which adjusts the resources according to needs. There’s a regular mode that is suggested to be the best choice for games, as well as an Ultra Power Saving mode that will disable background applications.

The results are surprising: We were able to last more than a day of moderate to heavy use with the device which includes calls and SMS sent, game plays, and social media and website browsing both on mobile data and WiFi. Our PCMark Battery Test gave the device a 10 hours and 11 minutes score while our video loop test measured 12 hours and 26 minutes, both in Regular mode. Battery charging, though, may take quite some time as we had around1.5-2 hours charging from 15% to 100%. 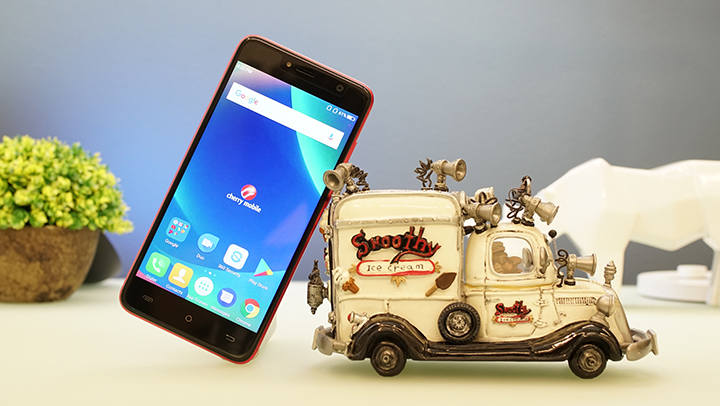 After multiple years of throwing to us budget devices they could offer, Cherry Mobile has finally made one of their greatest bang-for-the-buck smartphones to date and it’s called the Flare S6. At a Php3,999 price, the Flare S6 can finally kill the Cherry Low-batt moniker it has been known for as this has good things to offer — the great battery life, the good device aesthetic and build, and the fact that you actually have a USB Type-C device with a fingerprint scanner at this price are some worthy features that deem of consideration.

I’m not sugarcoating, the Flare S6 does have really strong points for a smartphone priced this low. Despite that, there are still notable areas that could be improved as there are compromises that are made to fit the phone to the price: that rather unusually slow charging time, the proliferation of bloatware and pop-up ads, and the decent cameras that could use a few updates to be further optimized are some things to look at . Nonetheless, this device has now set the higher standard for budget smartphones and is worthy of your purchase this holiday season.

What we didn’t like:
– Slow charging time
– Bloatware and annoying Pop-up ads are still there