A few month’s back Globe announced, alongside their Globe at Home app, a special team focused on providing customers with on-site visit and support dubbed the Globe Tech Squad. Today, the telco is officially introducing the Globe Tech Squad to the public and that their services can now be availed. 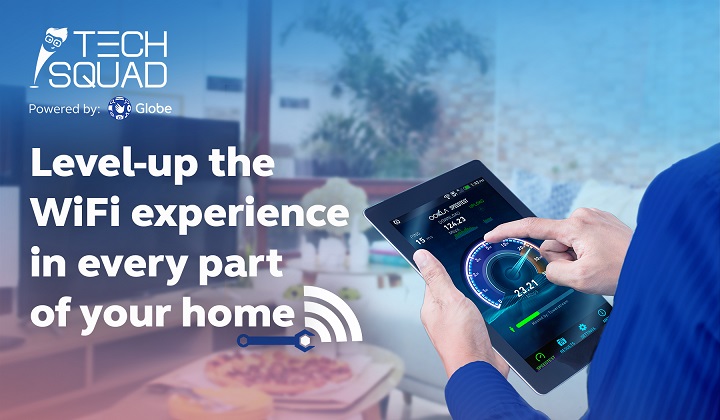 Customers must first pay a one-time fee of Php 1,200 to avail of the Globe Tech Squad’s services which include home diagnosis for potential signal interference, router placement recommendations, resolving connectivity issues and connection of existing devices (TV, security cameras, printers, laptops, etc.) to your Globe at Home WiFi. Do take note that all of these services will be conducted on-site, meaning the team will go directly to customers houses to provide support.

Apart from on-site support the Globe Tech Squad also offers Airties Wi-Fi Mesh, a WiFi coverage extender. It does come at a cost though as customers who wish to have Airties installed in their homes would need to pay either an upfront fee of Php 3,600 or have that cost charged on top of their Globe at Home bill for Php150/month for 24 months. Should they avail the Airties, the Globe Tech Squad will assess and install the right number of extenders needed to cover the major parts of the customers home.

For more information about the Globe Tech Squad, you can call the Globe hotline at 730-1000.