Consumers eyeing Huawei’s latest flagship Mate device, the Mate 10 Pro, can now get it at Globe via the telco’s ThePLAN 1999. The Mate 10 Pro was released alongside its sibling, the Mate 10, during a press event by Huawei in Munich, Germany last October 16. Both devices are the company’s frontrunner in this year’s smartphone market and the Mate 10 Pro is actually one of the finalists at YugaTech’s 2017 Choice Awards. 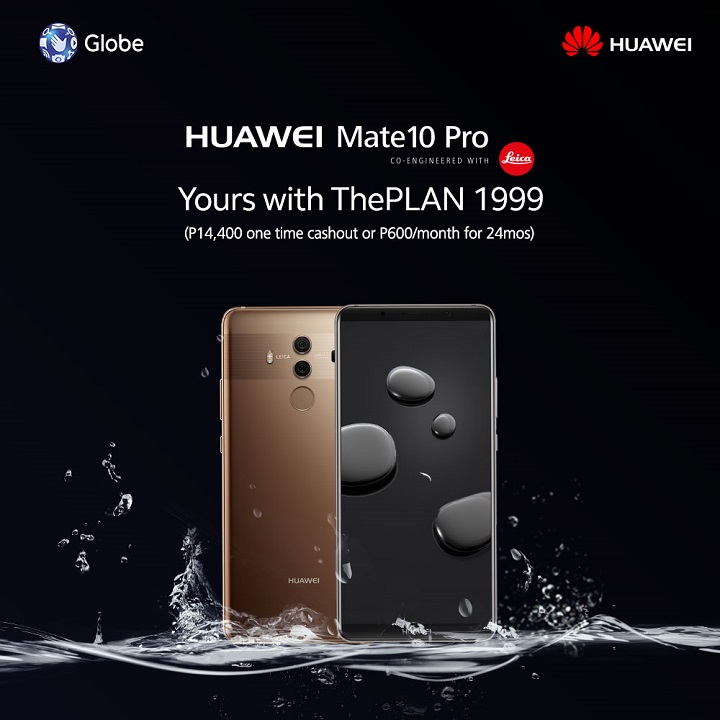 Consumers interesting on getting the device at ThePLAN 1999 would have to either pay a Php 14,400 one time cashout or add Php 600/month for 24 months on top of their monthly bill (for a total of Php 2599 monthly). The plan includes the following:

The Mate 10 Pro at Globe will be available in Titanium Gray or Mocha Brown and can be purchased now.

You can read our written review here.