Cosmic Technologies recently announced their latest flagship handset, the Cherry Mobile Omega Infinity. We took a couple of days with it so we can share some early observations about the device. 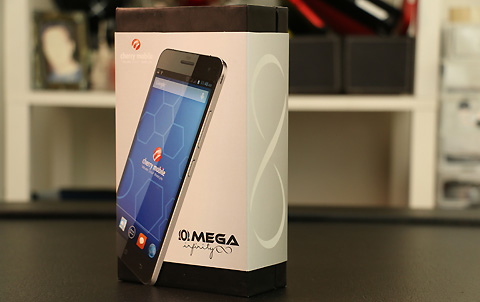 Straight out of the box, the Omega Infinity looks massive. The solid metallic body contributed to the heft, thanks to that single slab of aluminum that encases the glass front panel.

The handset feels like an HTC One Max with a hint of the iPhone 5. It’s massive yet, at the same time, still maintains that good grip on the hands. This handset is, without a doubt, the best one Cherry Mobile has ever had in terms of build quality and design. 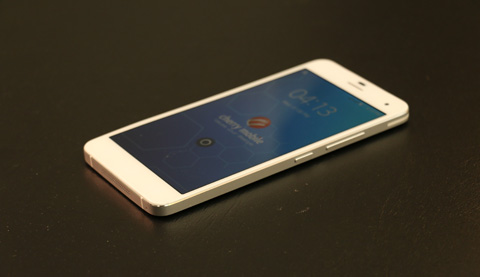 The 3.5mm audio port and the micro-USB port are at the top end while the volume rocker and power button are on the right side. The microphone and speakers at the bottom end while the micro-SIM card slot is on the left side. 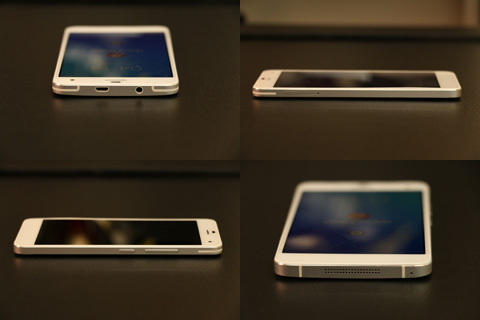 Pop out the SIM cradle and you will be greeted with the SIM tray that supports 2 micro-SIM cards. We originally thought that the other one was for the microSD card slot but there was none for that. It would have been better if CM had it with a single SIM and used the other tray for the microSD instead. 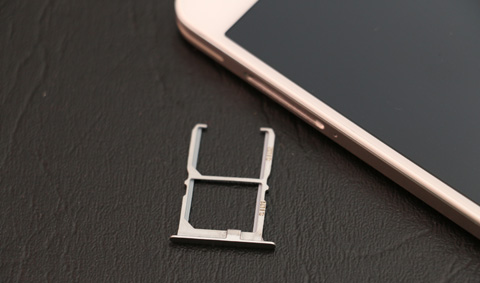 In any case, the dual-SIM feature should suit those who want to have a powerful and flagship device and use two different SIM cards with it (instead of using a secondary phone).

The back side of the Omega Infinity is slightly curved and mostly covered in aluminum with matte finish. There is a marginal piece of polycarbonate coating on the bottom end which is probably designed to allow radio signals to transmit with minimal interference. At the top left corner of the back panel sits the 18-megapixel rear camera with its dual-LED flash. Beside them is the noise-canceling microphone. On the same row are two more small pinholes the size of the microphone but they seemed to be sealed off. 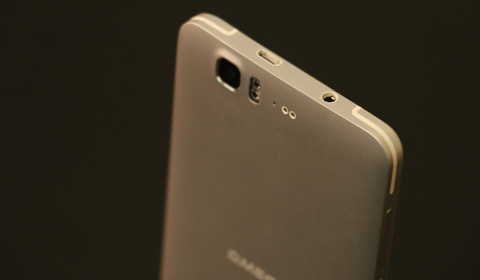 The bottom corner has enough space for the soft keys (Menu, Home and Back) though the placement seems to be closer to the edge of the device rather than the screen. According to the device settings, the custom interface is called MyUI G2.0. It strips off the usual Android interface and replace it with a linear menu with 5 windows. The app drawer has been removed so all installed apps go directly to one of the home screens. 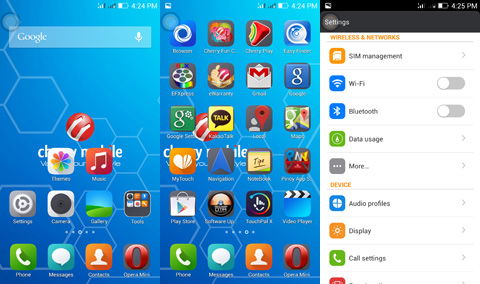 We also ran our complete set of benchmarks to see where the Omega Infinity sits compared to other octa-core smartphones we’ve reviewed before. As expected, the results are pretty good but nothing spectacular that would set it apart (besides, it’s still one of those MT6592 chip).

With a suggested retail price of Php14,999, the CM Omega Infinity is looking to be the local handset to beat in terms of design and hardware configuration.