Chikka shutting down on March 31

Chikka shutting down on March 31

Chikka, a famed internet-based instant messaging app in the Philippines that supports free SMS or text messaging, is bidding farewell on March 31. 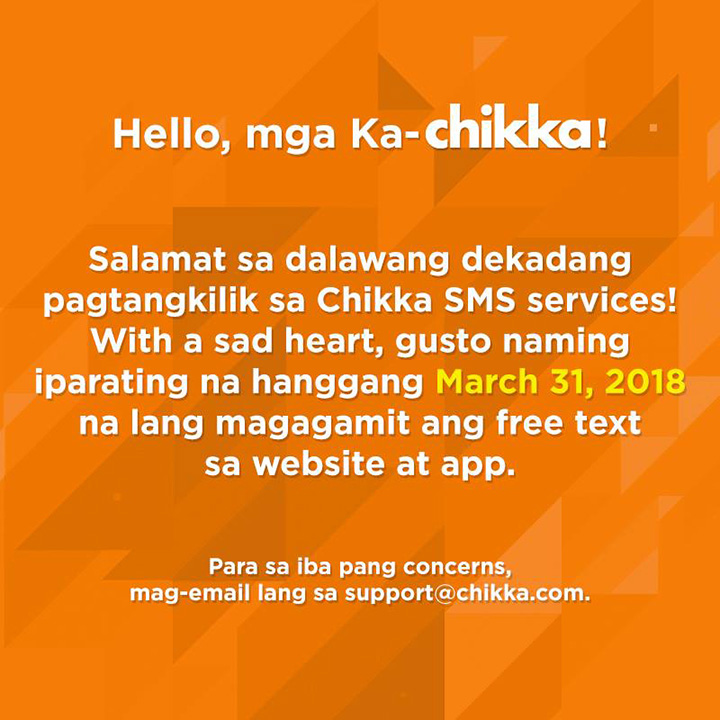 Chikka has been around since the early 2000 and has been especially helpful for people who don’t have any load. The company has posted on their Facebook page a farewell post, thanking all of the people who used their app.

Users only have until March 31 to use the said app for free text messaging and from then on, it really is goodbye. Should you have any concerns, you may email them at [email protected]