Getting to know your Android phone better: What are ‘Android UI Skins’? Did you notice that not every Android phone looks the same in terms of software? Technically, they’re all based on Vanilla Android yet each ODM added its own modifications to assert a unique identity for their mobile devices. This is called an Android UI Skin.

For starters, Android UI skins are software tweaks overlayed on top of Android OS. Since Android is an open-source project (AOSP), this extends further customizations to design language and additional functionalities with Android OS at the very core of these phones. In other words, Android skins are custom versions of Android OS by different mobile phone makers.

With that, we have collated some of the notable Android skins currently available on the market. By the way, do you know your Android phone’s skin? If not yet, go to your phone’s Settings then search for “About phone” and you will be greeted with a bunch of details that usually highlight the name of the Android skin. If it doesn’t have a name, it is likely the first version of Android on this list. 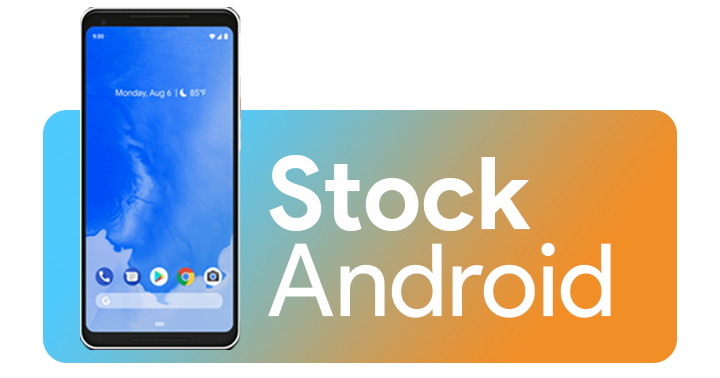 It is the ‘Vanilla’ version, the core of Android which Google acquired and nurtured for upkeeps. The “stock” wording refers to the Android Open-Source Project (AOSP) where all Android skins sit upon. Local brands like Cherry Mobile and MyPhone build their phone’s software from stock, giving users “raw” experience of Android OS although some tweaks and bloats can be seen on their devices. While international brands such as Nokia HMD Global focuses on near stock experience, especially with their ‘Android One’ lineups, which had minimal bloatware, and faster security updates and major Android upgrades. However, the only downside is you don’t get the additional features and essential (sometimes gimmicky) functionalities that other Android skins may have. Speaking of Google, they too have their own version of Android skin, which is called “Pixel UI” for the Pixel phone lineup. It may sound ridiculous that Google already acquired Android itself, yet they still have their custom skin. Hear me out on this one. Previously, Google had collaborated with several OEMs (Original Equipment Manufacturer)—such as Huawei and LG—to craft the ‘Nexus’ phone lineup. This is the series that was dedicated for stock Android experience, and perhaps the reason why people think Pixel phones today are based on Stock Android.

In contrast, Pixel UI packs myriad of non-stock functionalities and major design tweaks. Pixel UI is usually a pioneer for exclusive software features that you don’t usually find with other skins, even Stock. Google also initiated the ‘material design’ (now Material You) language that emanates strongly on Pixel phones with features like wallpaper-based color theming can be implemented across the board, and more adaptive UI elements plus improved dynamic animations. And because Google owns AOSP, it consequentially means that Pixel phones get updates much faster than all other mobile phone makers. Sounds fair enough, doesn’t it? When fairness is served on the table, Huawei would probably walk out, unfazed and seemingly unthreatened despite the economic pressures it dealt previously. As we now witness their next generation of smartphones to be running on HarmonyOS that should deliver seamless experience on Huawei products’ ecosystem. At first glance, minimalism speaks out loud on HarmonyOS’s design language.

However, HarmonyOS still closely resembles its predecessor, EMUI—Huawei’s prior Android skin. EMUI (until the 9th version) supported Google Services, but apparently, Huawei had contingency plan already laid out as they aggregate their own core services (which is now called HMS) to their Android skin. Even before the so-called “export ban,” AppGallery and other Huawei core apps are already existing within EMUI. Coincidence? I think not.

We are yet to see the sustainability factor (security updates and software upgrades henceforth) on HarmonyOS powered phones. And expectations are set for HarmonyOS to establish its own unique identity over EMUI. 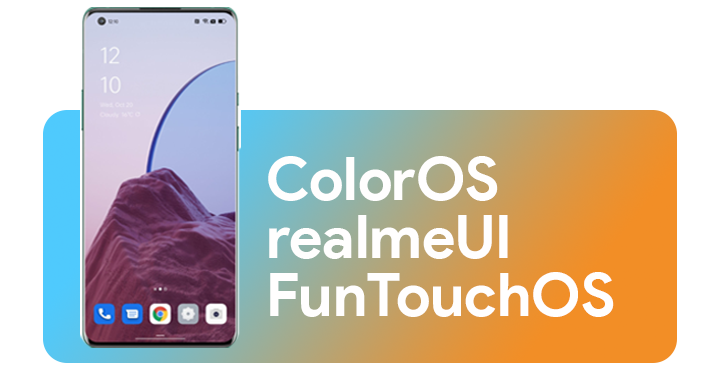 Oppo (with ColorOS), realme (with realme UI), and Vivo (with FuntouchOS), are all under the same umbrella of BBK Electronics. As expected, they all most likely speak similar design language and functionalities with noticeable key differences, especially in design elements. These skins are overflowing with customization options, although at the expense of bloat-free experience, stability, and slower updates. On the brighter side, each skin has crafted unique styles that set them apart from the vanilla or near stock experience.

A huge bummer though was the merging of Oppo and OnePlus (with OxygenOS) which is enough reason not to insert OxygenOS on this list, but here we are anyway. Prior to merging for so-called “unified operating system,” between OnePlus and Oppo, OxygenOS gained superb reception among consumers, especially in the European market. The said Android skin was applauded for its balance among near stock-Android experience and light customization, with much more significant functionalities, and better design approaches overall. You will be missed, OxygenOS.

Going back, these Android skins (ColorOS, realme UI, and FuntouchOS) are constantly evolving with design language and functionalities towards stability and user-friendly approach. The next one is considerably one of the “heavier” Android skins among others. A seemingly anti-thesis to near-stock Android experience. MIUI is Xiaomi’s version of Android skin that apparently offers “Apple-like” look and feel. It is richer in animations, and the design language is nearly parallel to iOS. Don’t get me wrong, MIUI looks great and neat with its design implementations however, you might run into unwanted ads popping up somewhere even within system settings. You may turn off “recommendations” within those apps’ settings, but not all ads within MIUI can be turned off though.

Xiaomi being known as a brand that offers devices at a competitive price range while cramming impressive specs, perhaps compromises like serving ads on the system settings is was needed. Despite that, peeps who are into personalization will certainly like MIUI as it offers features such as customizable dynamic lock screen, and dynamic animations that make Android experience feels much more alive. The last one, but certainly not the least — One UI is Samsung’s innovation over their nostalgic TouchWiz OS and more recently, Samsung Experience Android skin. One UI on paper delivers much more stability amidst rich features and functionalities. Its design language focused on one-handed use in which key UI elements are placed mostly at the reach of the thumb. One UI’s emphasis for easier navigation has certainly pushed other Android skins such as Pixel UI and MIUI to emulate this design approach on their operating systems.

Samsung has also improved on delivering substantial security updates as well as Android upgrades. With One UI’s consistency and evident improvements, it had become one of the well-received Android skins, contributing to Samsung’s retention above the charts.

What Android skin does your phone have? What features do you liked/disliked the most? Let us know your thoughts in the comments section below.