After the Unpacked 2013: Episode 2 event at the Tempodrom in Berlin, Samsung also joined the rest of the brands in IFA by showcasing all of its new devices and appliances to the media and the public. We got a second round to check out the Galaxy Note 3. 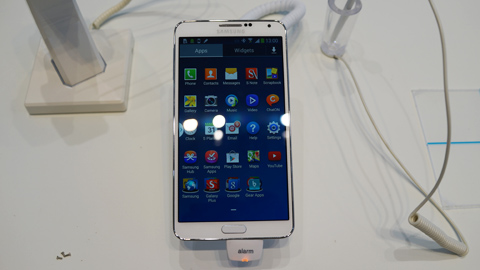 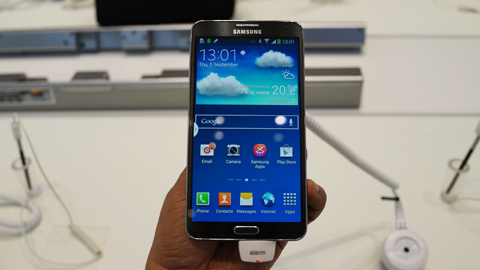 The model that we saw in the exhibition hall was mostly the Snapdragon 800 variant. Fortunately, this is going to be the same model that will be released in the Philippines which supports the LTE network of Smart and Globe. 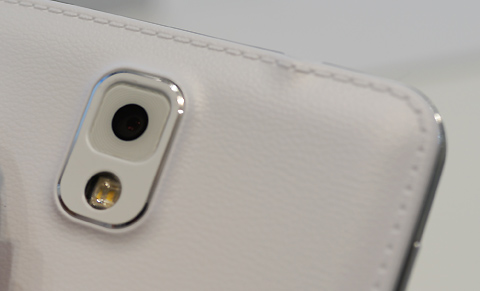 There will also be three basic color variants — black, white and pink. The colors will reflect the glossy pattern at the front as well as the faux-leather cover at the back.

The back covers are also removable to expose the battery, micro SIM card and micro SD card. Samsung will also be offering an additional 7 color variants (for a total of 10) of the flip cover which includes the back cover. 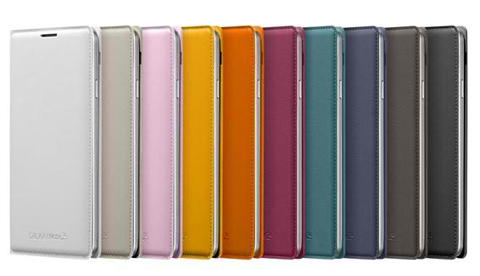 Samsung managed to increase the size of the display of the Galaxy Note 3 to 5.68 inches without changing the over-all size of the Note 2 (the width remained the same). This resulted to thinner bezels and narrower space in the area around the sensors and physical Home button.

The shape of the handset has somewhat become more edgy rather than curved like the old Galaxy S2. 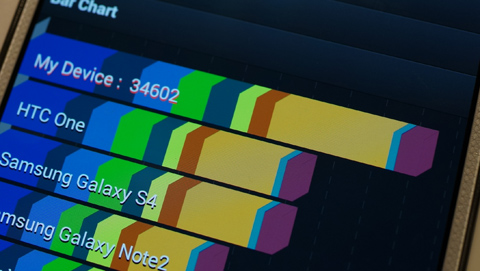 We managed to take an Anututu Benchmark on one of the units (Quadrant Standard would result to network error) and got a high score of 34,602, the highest we’ve seen so far.

Samsung added more features into their TouchWiz UI, including an improved function for the S Pen. The fancy Group Play now also includes multi-screen playback of videos, just like the demo shown below:

Here’s some quick hands-on test of the gesture controls with the S Pen. Also note that all of the UI and software features found on the Samsung Galaxy Note 2 and the Galaxy S4.

Here’s the full hardware specifications of the Note 3 that will be released in the Philippines. We noticed that one core has a maximum speed of 2.265GHz and the actual available RAM is just 2.5GB. Fortunately, the base storage space is set at 32GB and not 16GB like the S4.

Samsung is set to make the global release on September 25, 2013. However, the Philippine launch is slated some time in October though the specific date is unknown. No details on the price as well although we predict an SRP of about Php34,990.