Along with the much anticipated HTC One X, its entry level sibling the HTC One V was also part of the pre-launch event happened at Jump Center, SM Megamall. With all the hype about its quad core counterpart, some people tend to overlook the One V at the event. To give it justice, I decided to write a separate hands-on story about it. 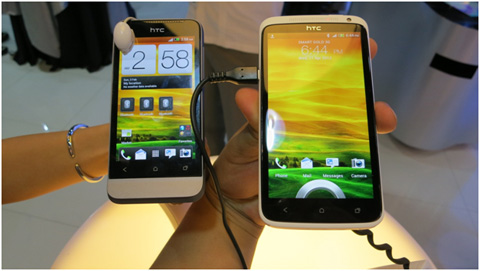 Sitting silently under the shadows of its high-end counterpart, the HTC One V may seem like your average smartphone. That is until you take a closer look at the uniquely shaped compact phone.

The HTC One V’s body is made up of metal that gives it a sturdy feel on the hands. Though One X and V exterior differs from the materials used , what it shares is the durability which gives its users the peace of mind in phone shattering situations. The phone also sports, which according to HTC, an award-winning curved-chin design along with metal unibody form factor. 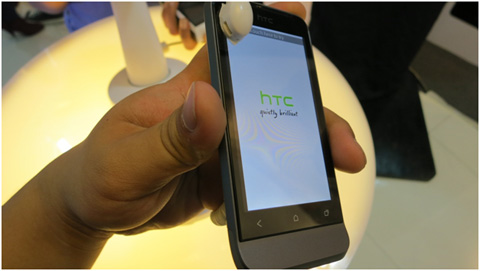 I donâ€™t know what’s your take on the curved chin design of the HTC One V, but in my opinion it may present a little bit of issue when placed inside the pocket of your skinny jeans (which I wouldnâ€™t know â€˜cause I donâ€™t wear one and even if I do, I wonâ€™t be able to test it at the event as I might be accused of stealing the phone). Anyway, I was told that the curved chin gives the handset added grip and â€œhold-abilityâ€. This same chin was inherited from HTC Hero and HTC Legend. 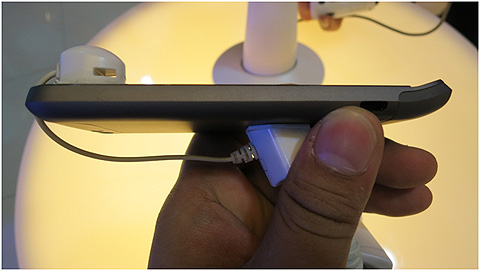 The 3.7â€ capacitive touch screen display with 480×800 resolution and a pixel density of 252ppi is good enough to satisfy your common visual needs.

This phone is equipped with a single core Qualcomm MSM8255 Snapdragon which clocked at 1GHz and 512MB of RAM. On the downside, the phone’s storage capacity is a little bit lacking as it only has 4GB internal storage so users will mostly likely be microSD card dependent.

Other than the megapixel count, the HTC One V shares the same camera characteristics/specs and HTC ImageSense technology of it almost 5-incher sibling. It’s capable of shooting the same quality of picture as the One X with only lesser megapixel. 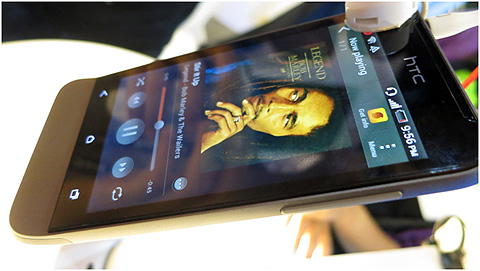 Another thing that’s common with the X and V is the Beats Audio software that gives these devices capabilities to produce rich and bass driven sound with or without an earphone.

The HTC One V, with all of its features, also deserves some of the attention especially because of its rumored attractive price tag of Php16,000.