Huawei has been fervently using their own K3V2 1.5GHz quad-core processor on their flagship smartphones so it’s surprising that they’ve moved on to a Qualcomm chip for the Ascend Mate 2.

It also solves one other issue — the lack of LTE connectivity (in our Ascend Mate review, we mentioned the absence of LTE as disappointing). 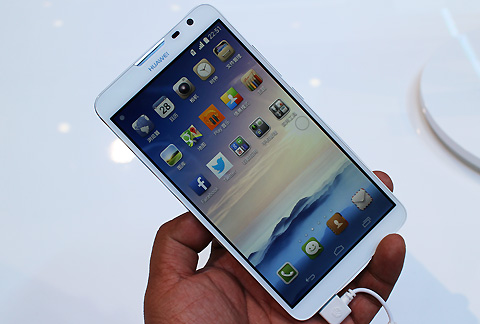 The refreshed Huawei Ascend Mate 2 4G addresses all the issues we had with the original device. The rest are pretty much the same, except for a few more improvements — that includes the large 6.1-inch HD display, double the RAM at 2GB, bigger camera at 13MP at the back and 5MP at the front.

It is also slightly thinner and lighter although you won’t really notice that right off the bat. 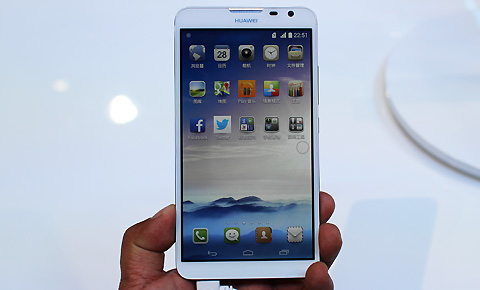 The device is definitely massive but still usable with one hand; the display looks really good, bright and crisp.

The Emotion UI 2.0 looks the same as the old UI — simple, clean and did away with the app drawer so all apps are accessible directly from the multiple home screens.

The back panel slightly tapers towards the edges and has a glossy finish which is a little off of our taste (at least for the white variant, the black variant has a matte finish). The LED flash is now positioned below the camera instead of the left side from the previous model. 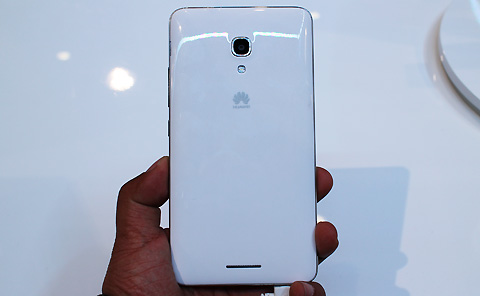 Huawei’s choice of using Snapdragon 400 is probably to keep the cost low and still provide good performance that could match Huawei’s K3V2 chip or maybe even a little better. Besides, it also comes with LTE connectivity.

The extra-large battery capacity is still the same at 4,050mAh. What’s more interesting is that the phone can actually charge other smartphones as well (needs the appropriate micro USB cable).

The configuration doesn’t really spell flagship when compared to other brands but we’ve already established Huawei is trying to keep the cost low (the reason why the retail price of the old model was under Php17k). We’re still unsure when will Huawei release the Ascend Mate 2 4G in the Philippines but it could be around the end of 1st quarter of 2014.

You can also read our full review of the older Huawei Ascend Mate.

good specs.. but for the price, ill go for xperia z ultra (2.2ghz quadcore, LTE, 6.4inch display, waterproof), which is around 20k now at your suking online stores.

Finally some decent specs, Qualcomm and LTE. Plus a big battery, seems like a nice phone