Back in September, Harman-Kardon/JBL showcased a handful of new audio gears at IFA 2013. Among those is a premium, on-ear headphones dubbed as SoHo which we’ll take a closer look at after the jump.

Compact headphones, like the Harman-Kardon SoHo, dropping by our HQ are few and far between. If I remember correctly, the last one was the AKG K451 which reviewed back in March. Needless to say, we were thrilled that Harman Philippines loaned us a unit to take for a spin. At a distance, the SoHo has a tendency to come off as a generic-looking and somewhat flimsy headphone that isn’t worthy of a second glance. However, a closer inspection at the SoHo will erase any trace of doubt that it is indeed a premium headphone.

The SoHo is a small and lightweight headphone that has a rather retro appeal to it. That’s attributed to its minimalist design and the materials that make up this miniscule audio gear. Another thing that gives the SoHo a throwback feel is the square earcups which we’ll discuss in details as we go along. 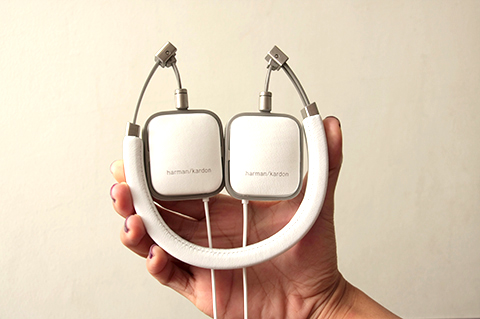 Binding the pair of well-padded earcups is a flexible headband that’s barely an inch in diameter. It’s wrapped in synthetic leather which complements the whole retro look of the SoHo. The two ends of the headband are bear, and it terminates in to a metal joint that holds the earcups in place.

The metal hinge allows the earcups to swivel up to 180 degrees and rock back and forth up to some extent for a more comfortable fit. Moreover, the joints can be folded so the headphone can be stowed away in a small purse or the clamshell case that it came with it.

Unlike usual headphones with oval or rounded cup, the Harman-Kardon chose to go with a square one with SoHo. But that’s not only thing that’s quirky about the SoHo’s cups. 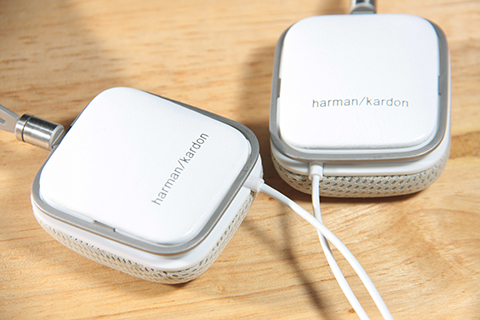 See, the soft and cushy padding on the earcups are detachable, and it snaps into place by a magnet. The magnet that binds the two together is pretty strong, although I have a feeling that some users may accidentally lose one or both of the foams, especially if they’re on the move quite often.

Underneath that padding, you’ll see the SoHo’s 30mm driver and a 2.5mm port so you can plug the other end of the detachable cable to the headphone. 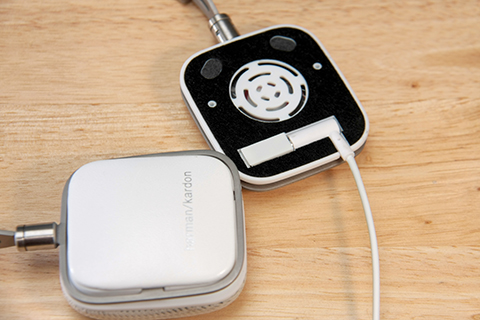 Speaking of cables, we were a bit baffled by the fact that the headphone came with a pair of these cords. It’s rather unusual for a company to include a spare cable in the package, but seeing how flimsy the bundled cords were, it’s more of insurance rather than a friendly gesture.

The SoHo doesn’t have any fancy noise isolation/cancellation feature that other premium headphones have. Although it did a poor job of blocking out the noise, which is somewhat forgivable given the supra-aural design of the headphone, it managed to keep the sound in and there weren’t a lot spillage when we were using it.

See also  Google Home is the company's own Amazon Echo

Despite the smaller-than-usual set of drivers, the SoHo is a heavy-hitter when it comes to delivering rich bass. We were blown away by how full the lows were and how it remained undistorted even in high volumes.

However, unlike its bass-centric contemporaries, the bass level on the SoHo was just forceful enough for a decent thump, but not too over the top that it muddies up the other sounds.

The highs were relatively crisp with only a tolerable amount of hiss when we turned the volume up. As for the midtones, it jived nicely with the other two tones and is unfazed by the SoHo’s deep bass.

We also noticed that the soundstage was far better than most of the other headphones we’ve tried. When listening to an orchestra track, we can easily pick out each of the instruments on the song and where it’s located in the virtual stage.

We have high expectations from the Harman-Kardon SoHo. Lucky for us, this compact headphone rose to the occasion and delivered exactly what it says on its box; Refined | Portable | Performance.

The Soho has all the makings of a premium headphone. In addition to its superb overall sound performance, the Soho has a nice lightweight and durable build to go along with its simple yet elegant design; making it one of the best on-ear headphones in the business. 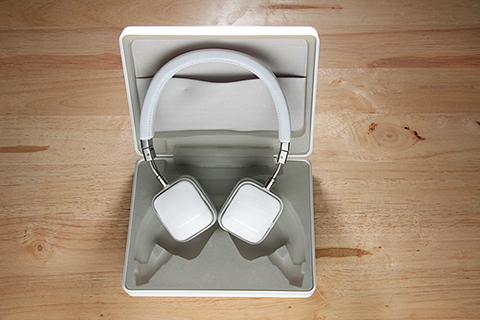 But despite all of the positive things we have to say about the headphone, we still feel that the Soho’s Php9,990 retail price is a bit too over the top. This puts the Soho at an immediate disadvantage against cheap but good-sounding headphones with clunky build, not to mention against well-established audio gears in the same price range.

Still, if you’re in the market for a compact on-ear headphones with a very respectable sound performance, you wouldn’t go wrong with the Harman-Kardon SoHo.

What we didn’t like:
• Price
• Mediocre audio cable
• Sound output is a bit on the soft side

Is it available in other colors?

Yes. Black and Dark Brown something they call Camel. (Sorry not good with color names). :D