After almost a year of being in the market, it was only recently that AKG Philippines has sent us a review unit of the AKG K451. Nevertheless, we took it for a spin. You can check out our full review after the jump.

The AKG K451 is the revamped version of the note-worthy K450. There’s not much difference between these two other than the detachable cable with an in-built microphone, volume rocker and Play/Pause buttons which turns this audio equipment into a fancy headset. 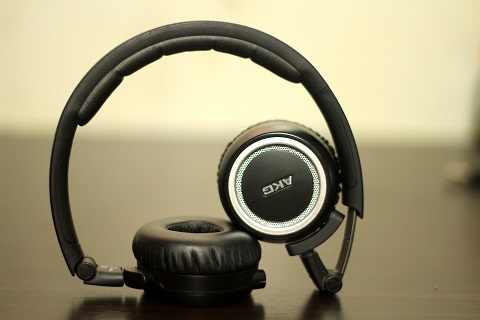 One of the key selling points of this headset is its lightweight profile which is achieved through its plastic make. But what we liked about it is that it has metal reinforcements where it really matters; on the headband. It adds an extra rigidity to the whole frame and helps it to provide a firm snug when worn.

Parts of the headphone that comes in contact with your head, the phone and top of the headband, are well padded with cushy pleather material. As far as comfort is concerned, the padding on the phone really does a great job of dampening the clamp of the headband, making it a fantastic music companion even for hours on end.

The headband allows an inch of adjustment on each side to fit even big-headed dudes just like me. But even so, this extension is still not enough to be comfortably hanged on someone’s neck unlike full-sized headphones.

This supra-aural headset has a rather straightforward design that should please the not-too-flashy crowd. Other than the cut-out portion at the top of the headband that reveals its metal skeleton, the predominant part of the headset consists of a black plastic with a somewhat matte finish. The K451 still has that two-tone affair of its predecessor on the phone’s outer shell with company’s logo in the middle.

The left ear cup plays host to a 2.5mm audio port that’s used to connect the removable cord with an in-line microphone and volume rocker. Do note though that these external controls only work for select portable devices. Another thing to point out is the placement of the controls which are too close to the cup, making it almost impossible to see the buttons when the headset is worn.

The phone can be swiveled up to 90-degrees and with the help of the foldable joint the whole thing can be tucked inside its gorgeous carrying pouch. Heck, it can even fit inside a sizeable pocket. That’s how compact it can get when folded. 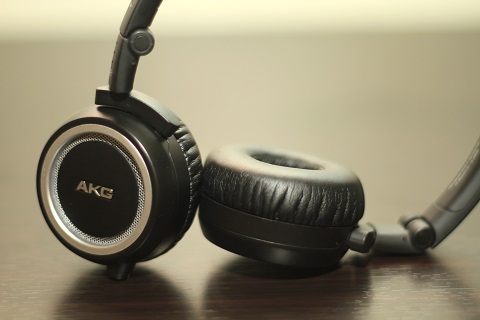 As soon as we put on the headset, the first thing that strikes us is how loud the sound that’s coming out from such a small device. And it’s not just loud; the sound was also crisp without any hint of distortion even when the volume is cranked to its max.

However, we find the K451 a little too bassy, but not to the extent that it ruins the other sound. It’s just that it has a tendency to put a tad emphasis on the lower end of the spectrum that the highs are a bit tricky to discern and the vocals are a slightly attenuated. 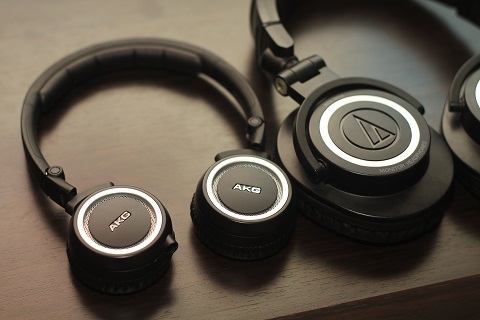 The mids, though sidelined a bit by the bass, is pretty decent for the most part. As for the highs, it’s crisp and has only shown a slight but tolerable sibilance at max volume.

For an on-ear headphone, the K451 did a really great job of controlling the amount of sound leaks on each ear cup. Not only that, we were also amazed by how well it was able to lessen the ambient noise, considering that it doesn’t have active noise cancelling feature.

Overall, the sound quality we got out of the AKG K541 was good enough that it could be a daily driver for people who yearn for some eargasm on-the-go. Its light and compact profile, plus the firm hold provided by the headband, makes it all the more fit to be a travel buddy, maybe even an exercise companion. 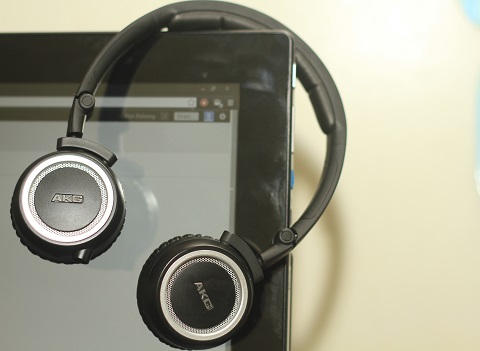 It currently retails for Php7,590 (below Php6,100 in some e-tailers) in their concept store at Cyberzone SM Megamall. At this price point, it’s gonna be a tough buy for most consumers who are looking for a decent pair of headset with this kind of portability. Still, if you have money to spare, we think that you won’t go wrong with the AKG K451.