Huawei Ascend W1 may land on our shores soon

Huawei Ascend W1 may land on our shores soon

The Huawei Ascend W1 is the company’s first handset running on Windows Phone 8. It made its first public appearance in this year’s CES and we have a feeling that it won’t be too long before it makes its local debut.

Our hunch is based on the invitation sent by Huawei PH. What’s striking about this particular invitation is the image attached to it with a caption that says: We are unveiling higher and bigger “doors.” 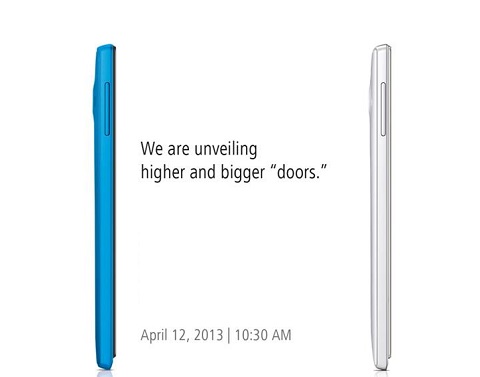 The phase is a bit too vague to really catch what the company is trying to imply, so we turned our attention to the two handsets shown on the image above. If you notice, the two bears the same color scheme as the press shot of the Ascend W1 we’ve feature on our previous post.

In addition to this, these two handsets also possess the distinct feature of the Ascend W1 – the slightly elevated display. This kind of design implementation is similar to some Xperia handsets like the Go.

Although nothing is certain at this point in time, we’re convinced that Huawei’s big reveal on 12th of this month will be the Ascend W1. It’s current market price in the UK is equivalent to Php7,550 and change in our local currency, and if its SRP here will be anything close to that figure, then there’s a big possibility that this WP8 handset will sell like pancakes.