Entry-level Android smartphones have come a long way. Before, we have sluggish phones with single-core processors, 256MB RAM, and Gingerbread OS. Now, we have snappier droids with dual-core processors, at least 512MB of RAM, and Jellybean OS. One good example of the latter description is the Huawei Ascend Y300. Find out why by reading our full review. 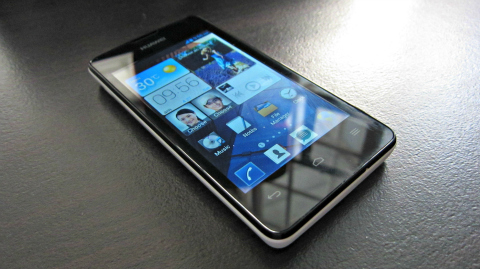 We would like to think that the Ascend Y300 is the Android counterpart of the WP8-powered Ascend W1. Both have solid constructions with ceramic finish, same display sizes, and similar dimensions and weight except that the Y300 is 0.7mm thicker. 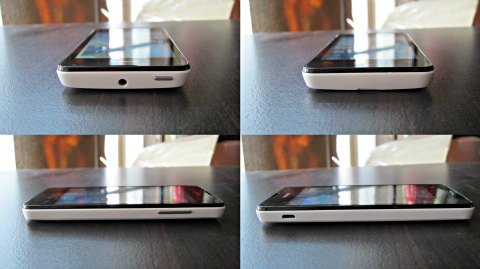 Located in front of the device is the 4-inch display with the earpiece and VGA front-facing camera above and three capacitive buttons below. There’s the microUSB port on the left side, volume rocker on the right, headset jack and power/lock button right on top, and the microphone at the bottom. Flip it on its back and you’ll see the 5 megapixel camera with LED flash and the speaker. 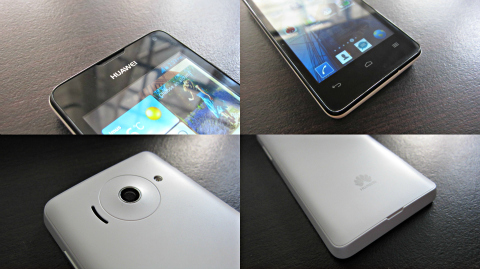 On hand, the Y300 feels sturdy and well-made. Personally, I find ceramic finishings to be more appealing than glossy ones. It resists fingerprints very well but attracts smudges easily which is evident on the white model we’re using. Also, at 11.2mm thick, the Y300 feels stocky but still grip-friendly.

The Y300 sports a 4-inch IPS display with a resolution of 480 x 800 or equal to 233ppi. Icons are crisp, colors are good, viewing angles are okay but not that great. 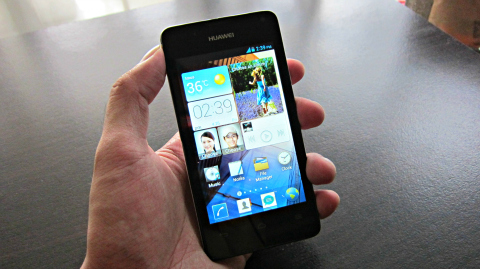 We have to admit that we’re starting to get spoiled by the OGS technology as seen on the Ascend W1 and there are times that we wished the Y300 was equipped with one as well. Still, the Y300 has one of the nicest displays for a smartphone of its caliber.

Running the show for the Y300 is Android 4.1.1 Jellybean skinned with Huawei’s Emotion UI v1.0. The UI removed the app drawer and widget pages and made everything available on the homescreen with a maximum of 9 pages. 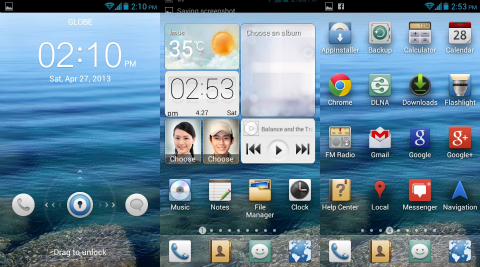 Other than that, most of the tweaks are visual. You can choose from 9 transition effects and 5 customizable themes – nothing a good launcher app can’t do. 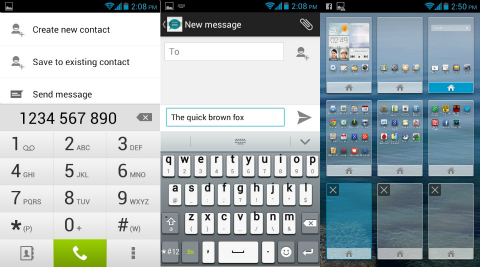 As for apps, there’s no bloatware or third-party apps preinstalled. Essential Google apps are here of course as well as apps for integrated features such as Flashlight and DLNA. For the rest of your app needs, there’s the Google Play Store which is an old version by the way and not the new one. The only drawback we see here is the built in storage for apps. At 1GB that’s very much limited.

The Y300 is equipped with a 5 megapixel camera with an LED flash and a VGA front-facing. It doesn’t have a dedicated camera button but you can take a picture using the volume up button. Camera performance is average at best. Autofocus is slow and sometimes inaccurate even when using the touch-to-focus feature. Colors don’t pop out that much and some images appear washed out.

But this isn’t always the case. If lighting conditions are good you’ll still get very decent photos for upload. And if you want to get creative with your photos you can manually adjust the camera’s settings, apply built-in filters and do Panoramic shot as well.

As for video recording, the 5 megapixel camera is only capable of shooting videos of up to 480p resolution (640×480) at 30fps. Take a look at the sample video below:

Running under the hood is a Qualcomm MSM8225 Snapdragon 1GHz dual-core processor, 512MB of RAM, and an Adreno 203 GPU. Like I mentioned at the start of the review, the Y300 is snappy and smooth for an entry-level device. Occasional lags happen but can be ignored. No app crashes or random reboots and we were able to play Temple Run 2, Into the Dead, and Dead Trigger in High settings (recommended is Low) without any serious issues.

We also placed the Y300 under a series of benchmark tests and here are the results: 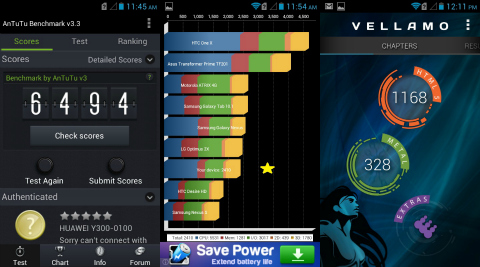 As for battery life, the Y300 comes with a 1,730mAh worth of juice which we consumed mostly on heavy SNS with WiFi set to always on, moderate calling and texting, and light gaming. With that usage the Y300 was able to last for a whole day. Expect less when using mobile internet or graphic intensive games.

The Ascend Y300 is a very capable entry-level smartphone that looks and performs like mid-ranger. With its solid construction, 4-inch IPS display, dual-core processor, 512MB of RAM, 5 megapixel camera and Android Jellybean, Huawei has certainly set a higher standard for their entry-level product line. What we liked about it:
* Solid build quality
* Good IPS display
* Above average performance for its category
* Good battery life
* Affordable price

What we didn’t like about it:
* Limited internal storage
* Limited camera performance
* 480p video recording resolution