Huawei continues to improve its very popular line of pocket WiFi, the latest of which is the E587 that claims HSPA+ speeds of up to 42Mbps. We already reviewed the first Huawei E5 before as well as the E586 and if you’ve already read them, go and proceed to our Huawei E587 after the break.

Unlike the previous E5’s we’ve seen before, the Huawei E587 got a bit of a re-design with a bigger body, a rubbery matte back cover and a completely polished, piano-black front cover but with a smaller LED panel. 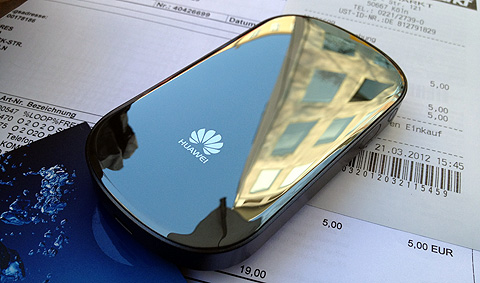 Almost 95% of the features and functionality of the E587 are the same as the one on the Huawei E586 so I suggest reading up o our review of the older model to give you a better perspective.

Once you’re done with that, head back here and we’ll tell you what that 5% difference is all about.

This capacity is really good if you are connected to an HSPA+ network which supports great downlink speeds that maximizes the pocket WiFi. In the Philippines, Smart offers mobile internet speeds of up to 20Mbps via their SmartBro Rocket WiFi Plus service while Globe offers downlink speeds of up to 21Mbps via an upgraded plan of the Globe Tattoo Superstick. Also take note that the prepaid Rocket WiFi Plus actually uses the E587 and priced it at Php6,495 (network locked). 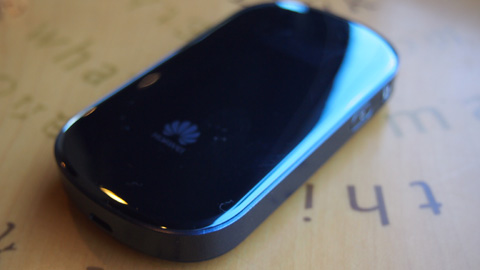 Technically with these theoretical speeds being offered by local telcos, the Huawei E586 can still handle it. However, using the Huawei E587, you’re already set once the telcos offer a speed upgrade later.

Then again, actual performance will vary depending on a lot of factors — location, type of SIM/account, time of day, carrier, day of week, and other interference. Here are sample speed tests I took using the Huawei E587:

The top speeds are impressive on their own but when you compare that to what was already achieved by the Huawei E586 and the ZTE MF60, there’s really no significant difference. This is primarily attributed to the performance of the network rather than the devices that we used in doing the speed tests.

What is interesting though is that using an openline E586, E587 or MF60, I am still able to reach speeds of up to 7Mbps or 8Mbps even if I am only using a Smart Bro Postpaid Plan 999 that promises only 5Mbps (using the USB stick). In essence, I am getting more than what I paid for with this set up. I’m looking forward to be able to test the same using a Globe Tattoo Postpaid SIM card, preferably the one with the add-on to make it up to 21Mbps. 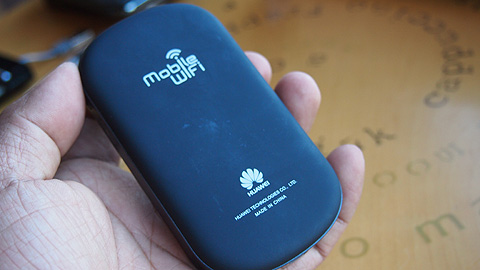 The other improvement on the E587 is the included Li-Ion battery. It now has a capacity of 2,000mAh from the 1,500mAh of the older models. I was hoping this would add 33% more battery life to the device but it turns out since the modem eats up more juice than the older chips, the expected battery life maxes out at 4.5 hours. From experience, it is around 4 hours but that really depends on the usage pattern and how many devices are connected to it.

Here’s a more detailed list of specifications for the E587. 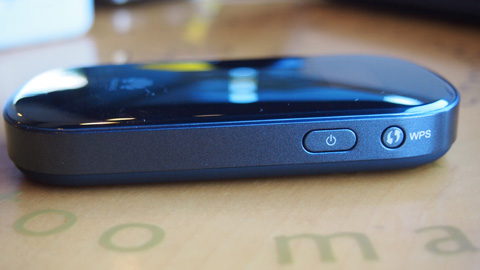 Like the older Huawei pocket WiFi devices, the E587 only supports up to 5 WiFi devices at a time. It would have been better if they increased this capacity to around 10 devices considering the speed it can handle.

For those who already have the E586, the Huawei E587 might not be a sensible upgrade but those who have the earlier models of the Huawei E5 will surely feel the speed improvements whatever network they are connected to.

The Huawei E587 is being sold in online stores like Hot Gadgets in Sulit for under Ph8,500 {see here}. It’s about Php2k more expensive than the E586 but that’s the investment you’ll have to make to be future-proof on mobile internet speed.

Disclosure: Hot Gadgets provided us with the review unit for free.