Huawei Honor 6+ Shows Up in Lazada

Huawei Honor 6+ Shows Up in Lazada

In preparation for its local release, which is slated on May 7 as reported previously, the Huawei Honor 6+ has popped out on Honor PH’s Lazada Page, giving us a glimpse of its local SRP. 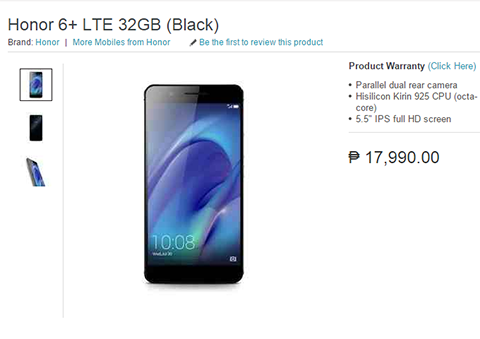 The Huawei Honor 6 Plus with the aforementioned specs will retail for Php17,990 and will be available in Black and White color variants. Do note, however, that the current status of both the Honor 6 Plus (Black) and Honor 6 Plus (White) are “out of stock”, so you might want to check back on the listings again on May 7.