Felta Multi-Media Incorporated, a distributor of multimedia educational products in the Philippines, in partnership with Intel Education and Microsoft Philippines, launched a ruggedized, water-resistant laptop that is powered by Intel Atom quad-core CPU and runs on Windows 8.1 – the Unite Value 2-in-1 laptop hybrid. 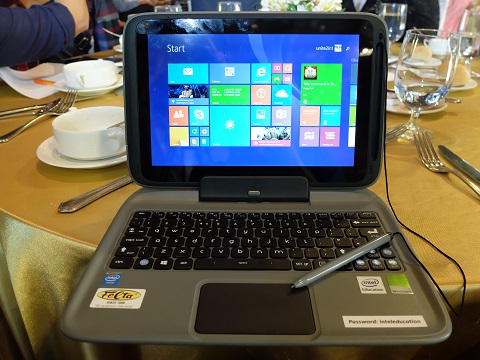 As mentioned earlier, the Unite Value 2-in-1 is a ruggedized and water-resistant device, and its appearance gives testament to that. It is not one of the sleekest laptops around as it is bulk and hefty. Premium is also not the way to describe it as it employs plastic in boring gray and black colors. Although not an eye-candy, this device can withstand drops and occasional spills – abuses that any device could suffer in the hands of school children. 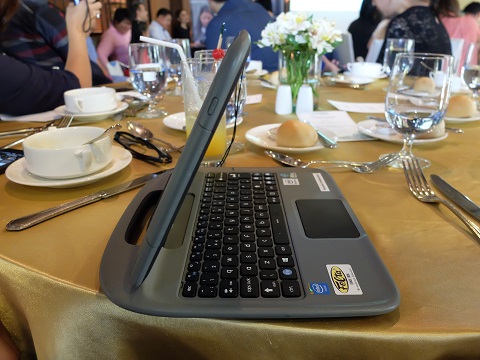 The Unite Value 2-in-1 is a laptop hybrid, meaning it is also a tablet when removed from its keyboard dock. It features a 10-inch HD (1280 x 800) touch screen display, a 2MP rear camera, 0.3MP front camera, microUSB port (OTG), microSD card slot, and microHDMI. It also houses a stylus which is conveniently laced on the tablet so you won’t lose it. 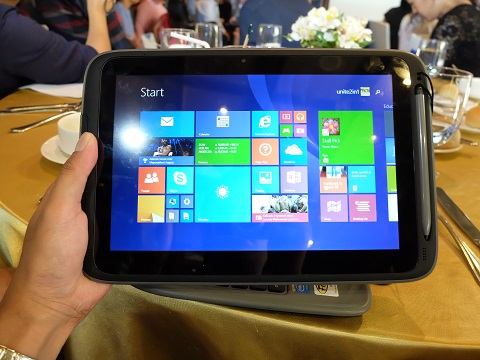 The keyboard on the other hand uses chiclet keys which feel nice to type on and a touchpad. Also found here is the dock, a built-in handle so you can easily lug it around like a suitcase, and a single USB 2.0 port at the right-hand side. Powering the device is an Intel Atom Z3735 quad-core CPU clockedat 1.83GHz, 2GB DDR3L RAM and Windows 8.1 with Bing. Since it’s a tablet meant for young students, it comes with pre-installed education apps like HMH Readers and Fresh Paint. Windows 10 upgrade is yet to be confirmed for this slate. The device also comes bundled with a macro lens that kids can use to explore objects, and a thermal scanner that can help teach them about their own bodies.

The Unite Value 2-in-1 is priced at Php20,995 and will be offered through partner schools in the country.